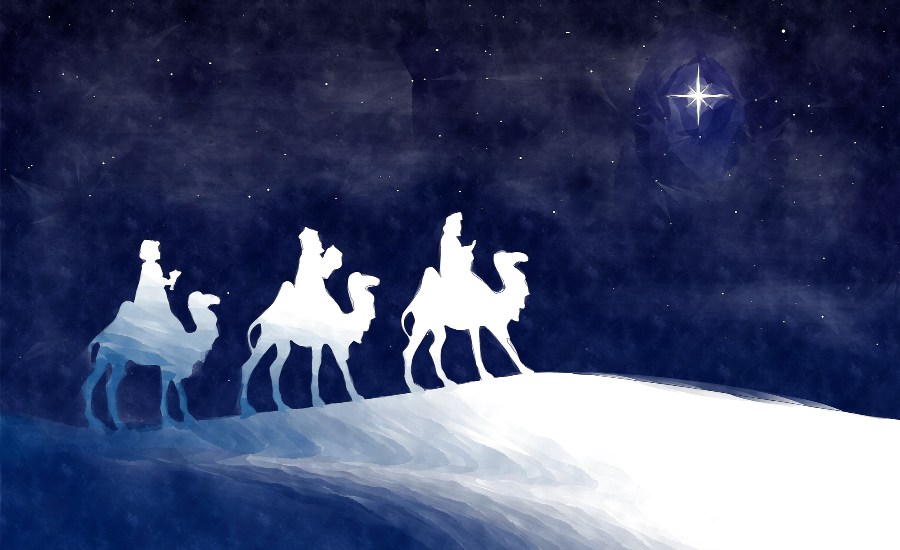 I’ve always been fascinated by the “Three Kings” of Matthew 2:1-12. As a kid I loved the imagery of them riding in on camels from the exotic “East.” And the hymn about them, frank(incense)ly, might be the best of the 19th century Christmas songs. (More recently, Dan Fogelberg’s 1999 version is stellar. Although the “exploding cigars” one has its charm.)

After studying Middle East history, and even visiting Iran in 2008, I became even more interested in them. Who were these mystery men that knew more about the newborn “King of the Jews” than even the reigning king, Herod?

The Magi: Who Were They?

Well, it turns out that they weren’t actually kings themselves. There might not have even been three of them. Matthew 2:1 calls them μάγοι, “magoi.” Whence “magi.” The NIV and NASB  simply transliterate that term. The NKJV and ESV render it as “wise men.”

According to Bromiley, Theological Dictionary of the New Testament, “magoi” means “those who have special wisdom in reading the stars.” It also notes that in the Septuagint (Greek Old Testament), the term shows up in Daniel 2:2, where it refers to “those who have magical and religious arts in Babylon.”

The Encyclopedia Iranica has much more on the magi. They were priests of the predominant religion in Persia, Zoroastrianism. (Father Dwight Longenecker, a frequent Stream contributor, wrote a book arguing the Magi were from Arabian Nabataea, not Persia. But I respectfully disagree.) This was the religion devised by Zarathustra (Zoroaster in Greek). He likely lived sometime before 1000 BC. Zoroastrianism had a supreme, good god, Ahura-Mazda. But many others existed, most notably his evil antagonist, Ahriman. This system meant the magi were syncretistic, absorbing ideas from other religions.

And the foremost of those, in Persia, was Judaism. (See Geoffrey Herman, “The Jews of Parthian Babylonia” in Peter Wick/Markus Zehnder, The Parthian Empire and its Religions, pp. 141-150, 2012).  Many Jewish people had been taken by the Assyrian Empire in the 8th century BC when it conquered Israel. Likewise when the Neo-Babylonian Empire did the same to Judah two centuries later. Then the Persians took over the entire region in 522 BC.

Perhaps the most famous Jew of the time, Daniel, lived until the Persian conquest. It was the Persian ruler Darius who put him in the lions’ den. Eventually the massive Persian Empire was conquered by Alexander the Great and his Greek army. After him, Greek kings ruled Persia until another indigenous dynasty, the Parthians, arose in the 3rd century BC.  By then Jews had lived in Persia for centuries, and “the communities maintained excellent relations with the Parthian kings” (Maurice Sartre, The Middle East under Rome, 2005, p. 332.) Judaism absorbed some ideas from Zoroastrianism in this period — and vice-versa.

Judaism and the Magis’ Religion

The major point of cross-pollination was belief in a messiah. Or, in the case of Zoroastrianism, messiahs. In that religion as many as three of them show up, over time, to establish Ahura-Mazda’s kingdom and punish evildoers. Oh, and all the messiahs will be born of a virgin. Jewish messianism developed during the Exile under foreign rule. The Jewish messiah, then, would be a military leader who would reestablish their power via the throne of David.

By the 1st century BC, the exiled Jews held “messianic hopes actually linked to a Parthian victory over Rome” (Herman, p. 144). Why? Most likely because the Romans had moved into the region and taken down the Jewish Hasmonean Kingdom. The one that had overthrown the Seleucid Greek rulers, remembered today during Hanukkah.

So long before the Romans would destroy the Temple (66-70 AD), at least some Jews already saw them as the primary enemy. “When you shall see a Persian horse tethered” in Israel, “expect the feet of the royal Messiah” (Herman, Ibid.).

The Parthians had actually conquered Judea a few decades earlier. The Romans managed to reconquer it, with the help of Herod. Yes, the same Herod of Matthew 2. But the Parthians remained a threat to the Romans in the Middle East for centuries.

According to the lone Gospel that mentions them, the Magis’ motives were purely religious. To find Jesus and “worship him.” But were they? Based on this look at the religious and geopolitical context of Jesus’ birth, it seems unlikely. These Magi were not just astronomers/astrologers. They were imperial Persian officials, traveling to a hostile territory. That could only have happened with the consent of the king. Most likely Farhad IV (Phraates in Greek), who had fought many wars against Rome.

So his Zoroastrian court advisors knew, from their Jewish subjects, that the latter’s prophecy about their king was being fulfilled. And that Jewish and Zoroastrian messianic beliefs coincided in hoping for Roman defeat. And that many Jewish subjects were rooting for a Parthian victory over the expansionist Western power. Wouldn’t Farhad then have tried to gain as much intelligence about this newborn “King of the Jews” as possible?

Yes, Herod had worked with the Romans prior. But it would be worth investigating whether he could be induced to support Parthia. Did he share the Parthian Jews’ distaste for Rome? And where did Herod stand on this infant divinely-appointed ruler, who would supplant him? Would Herod work with him against Rome? Or would he oppose him? In either case, Farhad might have reasoned, there was potential for causing Rome problems.

Herod: Between a Rock and a Hard Place

Herod had to tread carefully, then. Matthew 2:7 says that he met with the Magi in secret. Why? Most likely because his Roman overlords would be incensed that he was meeting a delegation from their main enemy. The last thing he could afford was to be accused of treason. That way lie deposition. Even crucifixion. He did tell the Magi to find the Child, then let him know the location. Of course, they did no such thing. They met Jesus and the family, worshipped Him, left gifts of gold, frankincense and myrrh. Then left, without telling Herod anything, thanks to a dream sent from God. He died not long after. But not before he ordered all the toddlers in Bethlehem killed. But by then the Holy Family had already escaped to Egypt (Matthew 2:13ff), funded no doubt by the Magis’ gifts.

The Magi Did God’s Will, Unwitting or Not

The Magi returned to Parthia and certainly reported back to their King. Perhaps they were not spies in their own minds, but simply religious emissaries. But even if they had gone to find Jesus as a subterfuge for Parthian military strategy against Rome, they served God’s purpose. These Zoroastrian politician-priests set the pattern for Gentiles to believe in Jesus as not just King of the Jews, but as the Redeemer of all Mankind. And their largesse allowed Him to survive Herod’s infanticide by traveling to, ironically, Roman Egypt.

So whether the Magi were secret admirers or secret agents, the end result was the same. Glory to God in the Highest!

Lessons From the Christmas Story Shepherds