In the Wake of the El Paso and Dayton Shootings: The Lesser Breeds Without the Law

Rudyard Kipling was speaking not of non-white colonized peoples, but of ... us. 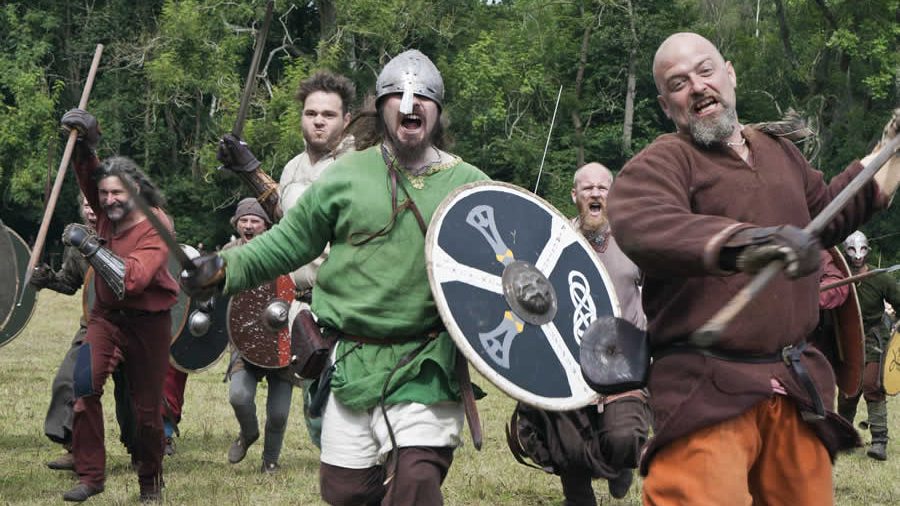 In these hours of gathering madness, let me start out winsomely, by quoting a lovely poem. One of my favorites, in fact, “Recessional,” by Rudyard Kipling. He spoke to his fellow subjects of Queen Victoria (then also crowned Empress of India).

If, drunk with sight of power, we loose
Wild tongues that have not Thee in awe,
Such boastings as the Gentiles use,
Or lesser breeds without the Law —

Now this is the kind of poem you can’t teach in college today. Except, perhaps, as a scathing, appalling instance of crimethink. Kipling supported the British Empire, and saw it as a self-sacrificial enterprise. (See his even more infamous poem, “The White Man’s Burden.”) And he dared, this openly heterosexual white male, to speak of “lesser breeds”!

In today’s climate, activists would be quick to label this an instance of “white supremacy,” which is the same as “terrorism.” It’s all indistinguishable from Nazism, so the poet deserves to be punched. And fired from his job. Then hounded wherever he goes. And banned from social media. Maybe pummeled into the sidewalk by the triggered soy boys of Antifa.

Kipling’s inconveniently dead. And Progressives have not quite progressed (as of this writing, check back next week!) to digging up their enemies’ skeletons and dumping them into rivers. So we’ll have to settle for tearing down all his statues. Renaming anything christened for him. Preferably with the sobriquet of some lesbian graphic novelist, or undocumented transgender Latinx ( “la-TINKS”) whose métier is “radical mime.” And of course, we need to punish anyone, from English professor to humble poetry fan on Facebook, who dares to defend Kipling. There’s no time or tolerance for “enablers” of white supremacy either.

All of which is really funny. At least to those of us who bother to understand the poem. It was in fact a broadside against pride of race and nation. A sobering slap in the face to Brits and their world-bestriding hauteur. In a previous stanza the poet offered this warning, couched as a prayer:

Far-called, our navies melt away;
On dune and headland sinks the fire:
Lo, all our pomp of yesterday
Is one with Nineveh and Tyre!

Our Generation Is Lawless

By “lesser breeds without the Law,” Kipling didn’t mean blacks or Asians. The “Law” he referred to wasn’t British Common law, but God’s Law. The natural law He wrote on every human heart, and the tablets of the Commandments. A law which our fallen nature goads us to flout. A law the Church passed on to us, and our laws and mores reinforced, till a few decades ago.

By that exacting standard, we know who the “lesser breeds” are today. And who chooses to live “without the Law.” We have met that enemy, and it is … us.

Cartels of drug traffickers control who comes and goes into the country. They’ll sell, or rent, children plucked off the street in Juarez for use as “Get Into America, Free” cards.

Civilians cower as mass shooters pick them off one by one in bars or Walmarts. Our Internet message boards hum with the kinked-up, bitter thoughts of young men who never had fathers pound that Law into them when they acted as bullies or brutes. Young men whose school teachers disapproved of boys on general principle. And so tried to drug the jumpy ones into torpid classroom submission.

Young men yawn as professors solemnly teach them Darwin, piously reminding them that all life is a meaningless side-effect of random chemical processes. But hey, racism is wrong because … of … . Well because it insults our human dignity, which we derive from … . Well, it’s wrong because it violates freedom, and you should write that down because it’s gonna be on the test. Because I said so!

The wise ones remind the bitter young men: Don’t get too excited about all that human dignity, kids. Because, you see, we’re a plague on the planet. There are far too many of us, and we’re living much too lavishly. It’s wrong to have more than one or two children, and shameful to raise six or seven. Life itself might end on earth within a dozen years, because of our shameful rape of the once pristine biosphere. We’d all be better off if the world population plummeted.

The borders are left mostly unguarded, and are swarmed by hungry foreigners seeking benefits from our government which they never paid into. Or jobs outside the law, at the expense of citizens and legal aliens. Who will pay for those benefits, on penalty of imprisonment for tax evasion. Cartels of drug traffickers control who comes and goes into the country. They’ll sell, or rent, children plucked off the street in Juarez for use as “Get Into America, Free” cards. Or as slaves on egg farms. Or victims of American pedophiles and child pornography makers.

Politicians collude with the takedown of national borders. One faction does that to stuff the ballots with the cheap bought votes of the poor. The other to stuff the bank accounts of investors in cheap labor businesses. The one thing they can agree on: anyone who interferes with their profitable enterprise is a vicious “racist.” Whatever that word even means anymore. It’s up there with “fascist” as a dictionary synonym for “doubleplusungood.”

Aristocrats warn the commoners that they are unworthy of the liberties deeded them by their forefathers. Their forebears hunted freely, and wielded weapons to defend their kin and ward off tyranny. But that’s not safe anymore, the new masters remind them. None of you has inside you the self-control needed for freedom. And so you cannot be trusted. The State must control all the weapons, and silence disruptive speech. Then you sheep may safely graze.

Ask for Mercy, Since We Can’t Face Justice

To this we have Kipling’s answer:

For heathen heart that puts her trust
In reeking tube and iron shard,
All valiant dust that builds on dust,
And guarding, calls not Thee to guard,
For frantic boast and foolish word —
Thy mercy on Thy People, Lord!