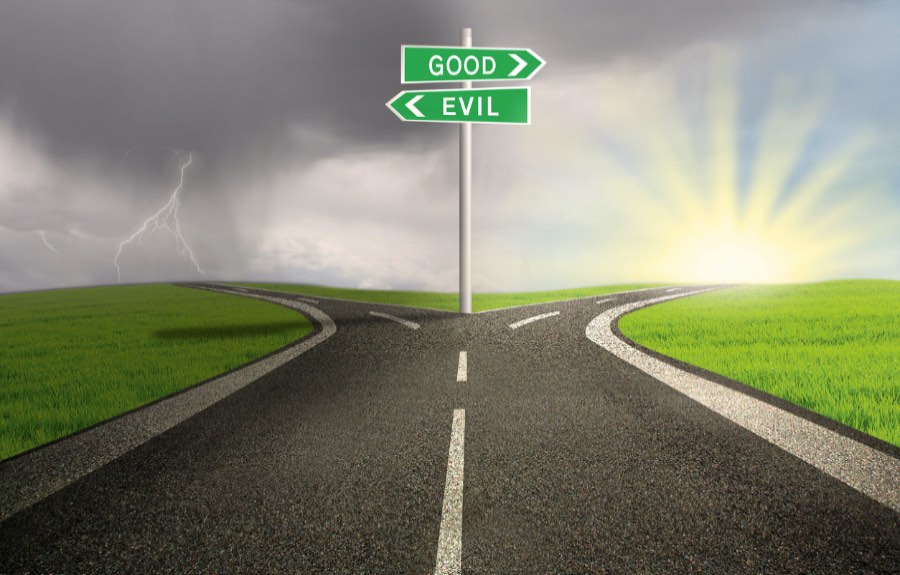 Our cultural divisions keep going, even in a time like today when we ought to be pulling together. Why can’t we agree to do what’s right and good? It’s because we can’t come close to agreeing on what actually is right or good.

Over the weekend I ran into one of the most perfect illustrations of that difference I’ve ever seen. It’s found in John Loftus’s latest atheist compilation, The Case Against Miracles. I’ll warn you, this is going to sound odd — odd enough that you may find it mildly entertaining, though it’s also more than mildly disturbing. The oddest thing of all is how openly it displays a false and destructive view of what “good” means.

It’s in a chapter written by Professor Matthew McCormick of Cal State Sacramento (Sac State), who advances the odd argument that God would never do miracles. If a miracle ever happened, it would prove there’s no God. (I told you it was odd.) God doesn’t do all the “good” with His miracles McCormick thinks a “good” God would do; therefore, poof, there is no God.

We need not waste time here showing why he’s wrong; It’s obvious enough, and I’ve done part of that work elsewhere. What matters here is the sort of “good” McCormick apparently thinks God should be doing, if there were a God.

The “Good” This Atheist Thinks God Should Be Doing

It shows up where McCormick says God doesn’t measure up.

What matters here is the sort of “good” McCormick thinks God should be doing, if there were a God.

So, Jesus didn’t supply all the refreshments for every party, and didn’t heal every disease. God messed up (says McCormick) by allowing disease and evil in the first place. He should have prevented it all, and he could have done a good bit of it easily enough (if God existed, of course), just by implanting true belief and right motivations in our minds in the first place.

The So-Called “Good,” Where Virtue Means Literally Nothing

Here then is the vision McCormick presents of the ultimate good, the good God himself should strive for: Everything is easy, safe, and comfortable. God takes care of everything for us. Not today, but yesterday, long before any need even crosses our minds. Nothing we could possibly want would ever be lacking.

I can’t tell you how viscerally I disagree. Which is polite-speak for, it makes me sick. To my stomach.

The Left’s view of “the good” isn’t just another alternative. It’s a bad one.

This is not a good world. Not even close. It’s certainly not good in a Christian view of reality, but also not even in what I would call a human view. It’s a world lacking in human responsibility. It has no place in it for virtue of any kind. No courage is needed. No love. Self-sacrifice means nothing. There’s no such thing as patience, not with God, not with nature, and (since no one lacks anything they could want or desire) not even with each other.

One might have to practice a virtue like moderation in this world, to avoid getting fat with unlimited food available. But then, why bother, when God prevents every disease? And what kind of virtue would it be, anyway, if God just implants the behavior in your mind? It wouldn’t be your own virtue, not even in the slightest degree. You wouldn’t even know it as a virtue, since there’d be no difference or distinction associated with it.

Who would know what “love” means, if everyone loved equally and perfectly? What would “good” mean to us, if we knew nothing of “better” or “worse”? These are comparative terms, and there’d be nothing to compare them to. We wouldn’t even know the meaning of God’s own virtues:

“Huh? What’s love? What does that word mean?”

“I’m sure glad God was good enough to make us a world without suffering.”

“Suffering? What’s that? What are you even talking about? And what’s this word ‘good’? I’ve never heard it before.”

The Left vs. the Right on What is Good

This is what McCormick would call “good”: People always get what they want, responsibility is out the window, and virtue means literally nothing. Sound familiar? It should.

Of course it’s an imaginary world, yet we can almost see the Left wishing it were that way. (I don’t know whether McCormick would describe himself as politically progressive, though he is clearly in support of atheism, which is demographically highly associated with the Left.) Progressives are certainly pushing culture in that direction: Enjoy sex all you want, with no responsibility attached to it. Treat earned success with scorn. Give people what they want instead — money, health care, college, U.S. residency, whatever — just because they want it. Satisfy all desires, even if the person’s desire is to be a different person altogether.

Christianity has a completely different picture of the good. (All the major religions do, but I’ll stick with speaking about the one I know best, the one I affirm, the one that’s also had the major influence on conservatism.) For Christianity, the primary good is God, and ultimate satisfaction is based in Him and His goodness. Earthly good is first and foremost a matter of virtue. It’s something we’re called to be in the inside, not something external we’ve been granted to experience.

It isn’t achievable without some loss or pain (see Romans 5:3-5 and James 1:2-4, among many others), so a pain-free earthly experience couldn’t be good after all. Every athlete, every seriously successful student knows this. They know the rewards of discipline, and with faith they can also see the character-building value of God’s own curriculum of discipline for us (Hebrews 12:1-11).

The Left’s “Good” is Bad

This is at the core of what is good, on a Christian view of the world, with which Western conservatism largely agrees. It’s not the only good, for clearly the Bible supports both acquiring and sharing the means to a pleasant earthly experience. But it’s the primary good, without which other goods become empty, meaningless, or as one Preacher put it, futility (Eccles. 1:2).

McCormick’s picture of the good is exaggerated and unreal, perhaps intentionally so, in order to make his argument about God and miracles.  Nevertheless his view of what counts as “good” comes through clearly, and it shows more clearly, by way of illustration, what the Left is pursuing as good.

And it helps us see just how desperate the culture war is. It isn’t two sides tussling for the same thing — seats in Congress, the presidency, control over the media or the economy. It’s two sides with diametrically opposite goals: Personal comfort and convenience as primary goods for the Left, with minimal responsibility and only those virtues that lend toward that goal, vs. growth in virtue as the primary good on the right, and with comfort and convenience as secondary to that.

There is very little common ground here. If the Left wins, the right loses, and vice versa. Except if the Left wins, humanity loses, for in this case the Right is right. To lose track of virtue is to lose track of what it means to be uniquely human. The Left’s view of “the good” isn’t just another alternative. It’s a bad one.