Opinion: The collective outrage against NRB is misguided and misinformed. 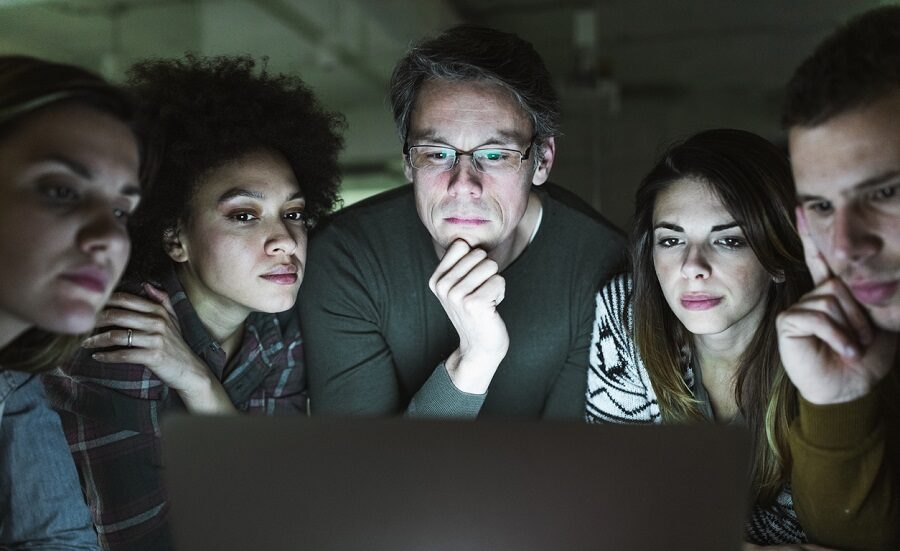 The Leftist Christian Twitterati resurfaced this week in a coordinated digital attack on one of the most respected Christian organizations in America, leveraging their latest and greatest “opportunity” to further a long-term agenda to divide and destroy the people standing in the way of runaway wokeism in America: Evangelical Christians.

The case involves Daniel Darling, senior vice president of communications with the National Religious Broadcasters Association, who is no longer with the organization. His departure from NRB stems from a recent live appearance on MSNBC’s Morning Joe, in which Darling forwarded a personal view on vaccines while appearing as an NRB representative.

According to the Critics

If you believe what The Christian Left Twitterati has to say, Darling is the ultimate victim in this situation. He is a uniter, a Christ-like martyr who has taken up his cross and been banished from the Kingdom by a heartless group of Taliban-Christian leaders bent on silencing dissent.

It looks like Darling is being used as a pawn.

This loosely connected group of so-called Christian elites specializes in using individuals, like Darling, to smear those who adhere to a Biblical worldview.

VeggieTales creator Phil Vischer offered, “Donald Trump isn’t even neutral about the vaccine, so whomever at NRB is trying to court is apparently to the right of Trump. Something is wrong when Christian broadcasters won’t stand up to the common good.”

They all did this without apparently needing to have the facts at their disposal.

While we don’t have insights into what the folks inside NRB think about all of this, we can tell, based on public statements, what likely happened.

Mr. Darling, as the senior vice president for communications with the National Religious Broadcasters, made an appearance on MSNBC’s Morning Joe talking about why he, as a Christian, is pro-vaccine.

According to public statements from NRB, the group’s staff had been previously directed to be neutral on the issue of vaccines, so what Darling did violated that directive according to NRB. Darling says he was merely forwarding a personal opinion. But, he was introduced on the show as a representative of NRB.

In any other corporate scenario, that’s unprofessional, a violation of company policy, and by itself would have been grounds for dismissal.

But, NRB says it did not dismiss Darling.

In fact, following the incident, Mr. Darling was offered “another position that would have provided a significant salary and full benefits,” said NRB CEO Troy Miller.

The August 27, 2021 Religion News Service article by Bob Smietana that broke this story claims Darling was fired by NRB “after refusing to admit his pro-vaccine statements were mistaken, according to a source authorized to speak for Darling.”

An anonymous source speaking for Darling?

On his Twitter, NRB CEO Troy Miller stated that “He [Darling] was never asked to admit his comments were a mistake. He was never asked to recant those comments. This was never about the substance of an interview. No NRB employee has ever been terminated for their views on this subject.”

After NRB and Darling parted ways, the Twitterati initiated their effort to push the narrative of oppression, where Darling transforms into a victim of blazing corporate and spiritual abuse, even though he lit the match.

Unfortunately, this anti-NRB narrative started with a USA Today opinion piece from Darling himself, which opens, “I was dismissed from my job last week after I publicly shared my experience getting the COVID-19 vaccination” and goes on to state, “I don’t believe that I violated their policy.”

In his piece, Darling goes on to talk about proper Christian behavior while holding a public spat with his former employer, even concluding by insinuating he was a victim of a right-wing version of cancel culture in his departure.

“We don’t have to participate in cancel culture,” Darling wrote.

Darling’s comments served as a dog whistle for every progressive Christian “Karen” to hurl their 280 characters of digital Twitter vomit.

Again, absent from the onslaught of tweets are any mention of the facts.

But why are we surprised?

This episode is taken straight from a page right out of the Christian’s Left’s playbook: Attack orthodox Christianity and groom disgruntled unsuspecting conservatives, like Darling, to join the rank and file of the Christian Cabal.

The real play though is to try to take down the National Religious Broadcasters, which is one of the few evangelical Christian organizations that hasn’t been completely infiltrated by duplicitous Marxist foot soldiers peddling socialism, vaccine passports and Critical Race Theory as they attempt to dismantle every remnant of a Biblical worldview.

These CINO’s (Christians in name only) are wolves in sheep’s clothing, dreaming up evil machinations to destroy the body of Christ. As the Book of Jude says, “These people are blemishes at your love feasts, eating with you without the slightest qualm — shepherds who feed only themselves. They are clouds without rain, blown along by the wind; autumn trees, without fruit and uprooted — twice dead.”

So wake up church, stop believing the tired lies of the Left. It’s time to double-down on support for the National Religious Broadcasters and any other organization that still stands for Biblical truth.

In fact, take a moment to send Troy Miller, the CEO of NRB, a message thanking him for his faith-filled integrity and strong convictions. If you have the means, make a donation — I’ll be doing the same.

Editor’s note: Pastor Miles would like to disclose that he met Mr. Darling personally at the NRB convention in June 2021.

Lucas Miles is the author of the best-selling book, The Christian Left: How Liberal Thought Has Hijacked the Church. For more information, visit LucasMiles.org.

Progressive Ideology and the Hijacking of the Christian Faith