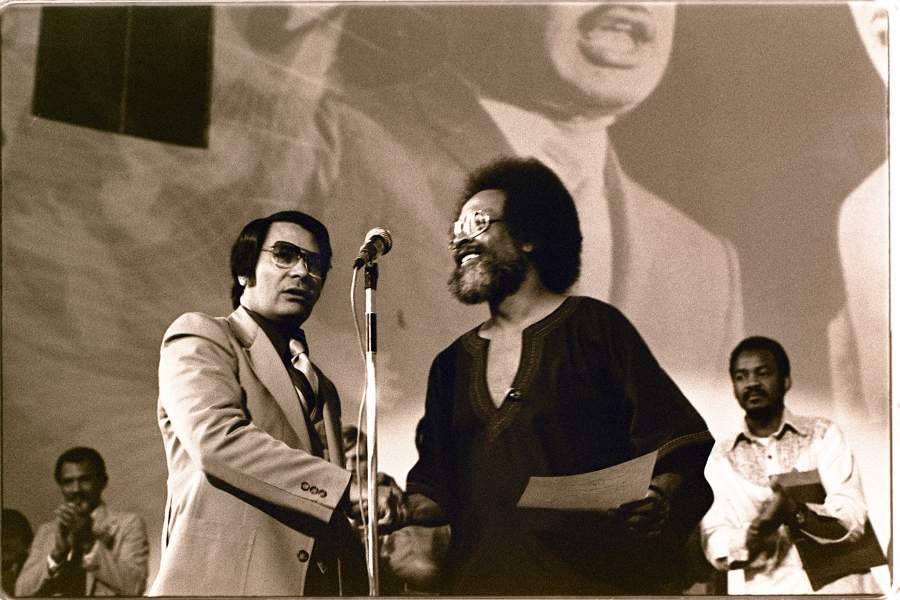 We’ve all watched the rise of Antifa and Black Lives Matter. We’ve been shocked at their openly Marxist politics, and their close ties with Democratic politicians. America has seen such partnerships before, especially in the alliance of Progressive California Democrats and the Rev. Jim Jones. His “People’s Temple” started out as a thriving left-wing Christian church. The Stream interviewed Daniel Flynn, who wrote a book on what happened next.

John Zmirak: On June 23, a member of the Wisconsin State Senate, Democrat Tim Carpenter, was assaulted by a violent mob. In the course of the evening’s violence in Madison, the City/County Building got firebombed. Some observers recalled the murder of Rep. Leo Joseph Ryan by Rev. Jim Jones’s thugs in 1978. Do you see resemblances between the post-Christian radicalism of Jim Jones, and the post-Christian political movement of Anti-Racism/Intersectionalism? Was Jones just ahead of his time?

Daniel Flynn: Jim Jones expressed his anti-Americanism by emigrating from the United States to a Marxist-run country. In the Cold War, he took the side of the Soviet Union, which he referred to as the “spiritual motherland” of Peoples Temple. He left the Soviets all the organization’s money, which they got after the mass suicide in Jonestown. 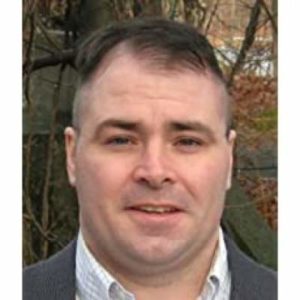 The anti-Americanism of the rioters in Wisconsin and elsewhere manifests itself indiscriminately. For instance by destroying the symbols of this country, including an abolitionist killed fighting Confederates in battle. So for both groups, the United States serves as the bogeyman. State Senator Tim Carpenter and Congressman Leo Ryan both stood on the left of the Democratic party. It contains many people who imagine that they speak the same language as the radicals. They find out otherwise when a convincing rebuttal expressed in fists or bullets comes their way.

In your book, Cult City, you showed the intimate links between the Left of the California Democratic Party and Rev. Jim Jones. Which major figures in politics cooperated closely with Jones? How did they help him?

Before the poor drank the Kool Aid in South America, the powerful did in San Francisco. That’s the overarching message of Cult City.

San Francisco Mayor George Moscone appointed Jim Jones to the city’s housing commission. Jones soon became chairman. In other words, the mayor of one of America’s greatest cities essentially made Jones the largest landlord in the city. Just two years later, he would murder almost all of his tenants in a commune bearing his name. 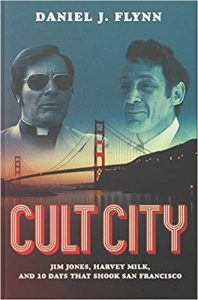 When Rosalynn Carter campaigned for her husband in San Francisco in 1976, Jim Jones introduced her to speak. Walter Mondale, campaigning for vice president, held a private meeting with Jim Jones immediately upon landing in San Francisco. The Burton Brothers, Harvey Milk, Willie Brown, and other power players in the city essentially made Jim Jones bulletproof in San Francisco. Many of the same people protected him in Guyana. As people warned of what Jones was doing, prominent Democrats wrote letters to Guyanese officials. They defended Jones against “politicized smear campaigns.”

Mervyn Dymally, the lieutenant governor of California, wrote Burnham to defend him against mounting criticism:

This attack is no different from attempts recently by the United States media to discredit Guyana and Jamaica. We are no[w] experiencing the same phenomena here with Peoples Temple. The reasons are obvious.

Willie Brown, then an assemblyman, explained to Burnham:

Rev. Jones is that person who can be helpful when all appears lost and hope is just about gone. Having him as a resident in your country can only be a plus no matter how short or long his stay.

Jonestown, CHAZ, and Other Utopian Enclaves

The urge to create a radically new, Utopian society seems to animate Antifa and Black Lives Matter much as it did the People’s Temple. (BLM’s policy positions demand the abolition of property, the nuclear family, and the police.) Do you see parallels between the violent CHAZ enclave in Seattle and the separatist leftist commune Jones ran in Guyana?

Peoples Temple created its own police force called the Red Brigades. It which involved itself in brutality far beyond any law enforcement agency in the United States. The Brigades tortured people, beat others, and aided and abetted Jones’s various frauds. They murdered congressman Leo Ryan and four others on the airstrip outside of Jonestown. Before the mass forced suicide, they held Temple members at gun- and arrow-point.

The images of self-appointed authorities beating up people in CHAZ and intimidating others with weapons were farcically ironic. A community established on the abolition of police almost immediately established its own police. And that force engaged in brutality far worse than what Seattle’s citizens experience from their beleaguered police force.

Utopian communities pop up in several of my books. None became so dystopian as Jonestown. But they generally become unbearable to inhabit. In A Conservative History of the American Left, I wrote about several. For instance New Harmony, Brook Farm, the Oneida Community, and other attempts at creating heaven on earth. 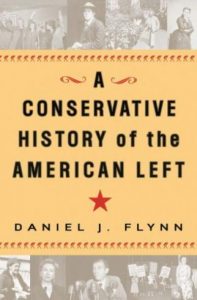 Jonestown, minus its last day, fits neatly into this tradition. CHAZ? Its most zealous inhabitants clearly think themselves capable of ordering society more effectively than the alternative outside its borders. In this they seem as delusional as many of the enthusiasts of past millennialist communities.

Post-Christianity and the Antichrist

Which elements in Christianity do post-Christian radicals like Jones and BLM exploit? How can we best answer them? Help believers see through them?

The group Religion in American Life named Jones one of America’s “100 Outstanding Clergymen.”Jones forged a friendship of sorts with future president Carter’s wife Rosalynn. Also with Carter’s sister, Ruth Carter Stapleton, herself a minister. (We know this from correspondence and transcripts of recorded phone calls.) One wonders what the role these relationships played in the Carter State Department.

Few remember that Carter’s administration refused to help Americans concerned about family members held against their will in Jonestown. In fact, it actually fed information on the paranoid Jones’s “enemies” back to Peoples Temple. In his memoirs, Jimmy Carter does not address the most disastrous event of his presidency: the death of 918 people in South America at the direction of Jim Jones.

A good way to avoid becoming a dupe? Do not assume that because someone shares your political outlook he also shares your ethics.

Jim Jones turned Karl Marx’s “religion is the opiate of the masses” claim sideways. He used religion to turn parishioners into socialists. Jones did this primarily through the lure of faith healing, ESP, and other faked miracles. He saw religion as means rather than end. Jones used the “opiate of the masses” to bring the people in the pews to Marxism.

Before dropping any pretense to Christianity, Jones depicted Peoples Temple’s theology as “apostolic socialism.” He highlighted seeming contradictions to his followers in a booklet called “The Letter Killeth.” He essentially taught his flock to follow the “spirit” rather than the word of God. Jones explained in one sermon: “Your conscience Socialism is God. God is Socialism, and I am Principle Socialism, and that’s what makes me God.”

Of course, Jones did not issue such fantastic declarations right off the bat. He boiled the frog slowly. Most of his followers, raised as churchgoers, stuck around. They stayed even as he began stomping on Bibles, and denouncing the Christian God as a “dirty old man that ought to be raped.” Eventually, they would sit through far worse.

Does the rise of violent radicalism, enabled by local Democrat politicians, nationwide, remind you of the California liberal establishment enabling Jim Jones?

Jim Jones helped elect George Moscone mayor of San Francisco in 1975. (For instance, by busing in voters from Los Angeles and Mendocino County.) Some called for investigations. So District Attorney Joe Freitas, also elected with Jones’s help, enlisted his deputy to look into matters. That deputy was also Jones’s number two in Peoples Temple. He found no wrongdoing. Case closed.

When you give politicians hundreds of volunteers, use of printing presses, and free publicity … they remember that. In one-party towns, such as San Francisco in the 1970s or Seattle, Minneapolis, Atlanta, and Washington, D.C., today, people can commit crimes with impunity if they choose the right targets. And the right allies.

Are you afraid that we might see Jonestown-style nihilistic violence on a mass scale now?

The circumstances of Jonestown were unique: a madman isolated in the jungle, backed by armed fanatics pressuring true believers to kill themselves. Jonestown left an indelible mark on the psyches of any who witnessed the carnage, even on the news. They remember the singular, bizarre nature of the mass suicide. But chaos that catalyzed Peoples Temple’s popularity — Vietnam, urban unrest, crime, drugs, rapid change — more closely tracks what we see now. That violence and nihilism causes the déjà vu, at least for me. The news seems like a repeat of That ‘70s Show. And as Cult City shows, none of that ends well.

Do you think President Trump is wise to let blue state officials reap the chaos they’ve sown? Or should he intervene using federal forces, if need be federalizing the national guards in those states?

The president needed to act forcefully rather than speak forcefully. Abraham Lincoln obviously quelled insurrection with the armed forces. Herbert Hoover used the military to rid Washington, D.C., of the Bonus Army. John Kennedy federalized the Alabama National Guard to ensure admittance of two black students into their state’s flagship university. George H.W. Bush deployed the military in response to the Los Angeles Riots in 1992. Police brutality initially fueled the riots, the looting, and the desecration of public art. Police passivity sustains all of this.