The Larry Principle: What a 13-Year-Old Taught Me About Leadership 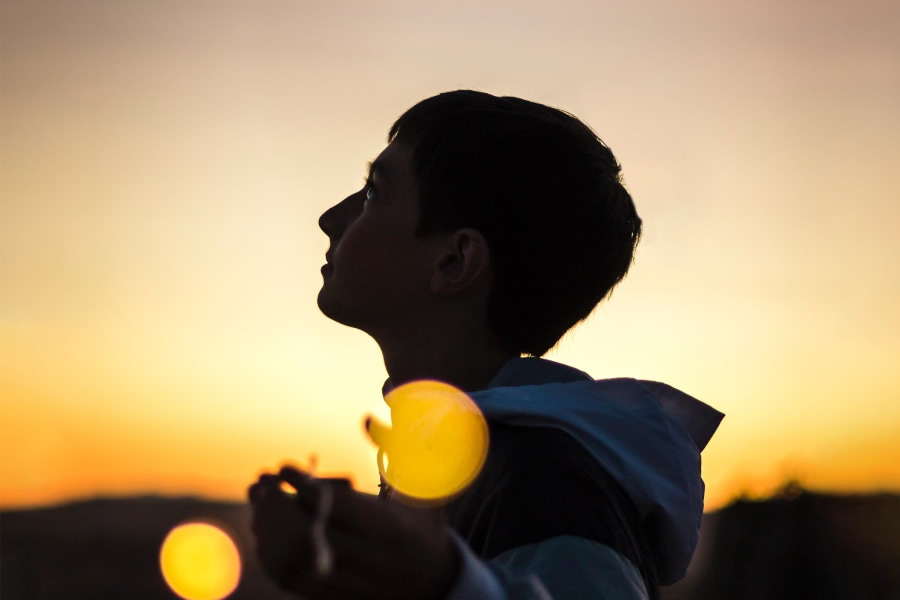 “Life’s most urgent and persistent question is, ‘What are you doing for others?’” — Dr. Martin Luther King, Jr.

Larry, at only 13 years old, made a significant impact on my life. It happened when I was directing an FCA Leadership Camp, during a tradition that plays out at the end of every camp. The last night features an open mic session when athletes come forward and share how camp influenced their lives — how God worked in their hearts during the service projects, leadership workshops, hands-on training, inspiring speakers and powerful worship. It’s the highlight of the entire week.

After a terrific week of training middle school and high school students on how to impact their campus for Christ, Larry got up to share. He was a five-foot-tall seventh-grader from inner-city Kansas City, and he was a hit with the campers. He was funny, lovable, charming and outspoken. His contagious laugh and raspy voice made him stand out from the others, and he became the camp favorite.

The open mic session had already gone 30 minutes too long when Larry stood to be the last in line to share. Larry was never short of words, but when he leaned into the microphone, he shared a single transformational leadership statement. His one sentence hit me between the eyes:

Then he turned around, walked off the stage, and sat down. Larry, the Great Theologian, had spoken. I was in awe. I’d read hundreds of leadership books and articles, listened to tons of leadership talks and podcasts, written devotions about leadership, and I had just heard the ultimate leadership challenge — from a 13 year old! In seven words he communicated one of the most profound concepts I’ve ever heard on leadership.

That was a watershed moment for me. Larry’s words still ring in my ears. His insight has changed the way I lead and serve. “If you ain’t serving, you ain’t leading!” has become my personal definition of leadership … thanks to a seventh-grader God used in my life.

It’s All About Serving, Not Leading

Especially in today’s world, everybody wants to be a leader, but no one (or very few) want to be a servant. As a result, whenever I speak at one of FCA’s Leadership Camps, I usually say to the young leaders at the beginning of camp, “Welcome to Servant Camp!” We don’t name our camps that in our marketing because no one would show up! But Jesus says, “So the last will be first, and the first will be last” (Matthew 20:16, NLT).

Imagine if our response in the midst of crisis, tragedy and conflict was serving not leading. Our communities, culture and countries would shift. Serving needs to be our posture, mindset, default and foundation. I love the story of when Billy Graham’s wife, Ruth, stated to the president of Wheaton College that their college trained leaders. He quickly replied, “No, not leaders, but servants.” All of us need to go into training to become servants, not leaders.

God has given each of you a gift from his great variety of spiritual gifts. Use them well to serve one another. Do you have the gift of speaking? Then speak as though God himself were speaking through you. Do you have the gift of helping others? Do it with all the strength and energy that God supplies. Then everything you do will bring glory to God through Jesus Christ. All glory and power to him forever and ever! Amen.

It’s often hard to serve others in the arena of competition. But when it happens, the world takes notice. In 1976, at a Special Olympics track and field event in Spokane, Wash., one contestant took a tumble. One of the other athletes turned back to help the fallen one. Then, together, the two athletes crossed the finish line. I doubt there was a dry eye in the crowd watching that day. What a classic example of one competitor serving another in competition!

This type of serving comes from the heart. As competitors, we know all about passion. But do we have passion to serve? Do we hit the field or court and say, “Whom can I serve today?” Samuel Chadwick nailed it when he wrote, “Spirit-filled souls are ablaze for God. They love with a love that glows. They serve with a faith that kindles. They serve with a devotion that consumes.”

The End-Result of Our Serving Is for His Glory

After we have served others, they should think, “God is good” — not, “You are good.” The purpose of serving is to lift the name of Jesus. Rick Warren says, “We serve God by serving others. The world defines greatness in terms of power, possessions, prestige and position. In our self-serving culture with its me-first mentality, acting like a servant is not a popular concept.” But when we serve, we represent to the world what Jesus looks like.

Today, let the Larry Principle burn in your heart: “If you ain’t serving, you ain’t leading!” Ask the Lord who you can serve today.

Dan Britton is the Chief Field Officer for the Fellowship of Christian Athletes. He has served FCA since 1990, and since 2013, has led FCA’s international efforts, traveling extensively around the world, as FCA works in 93 countries, training thousands of sports leaders, coaches and athletes.