The King’s Heart in the Lord’s Hands 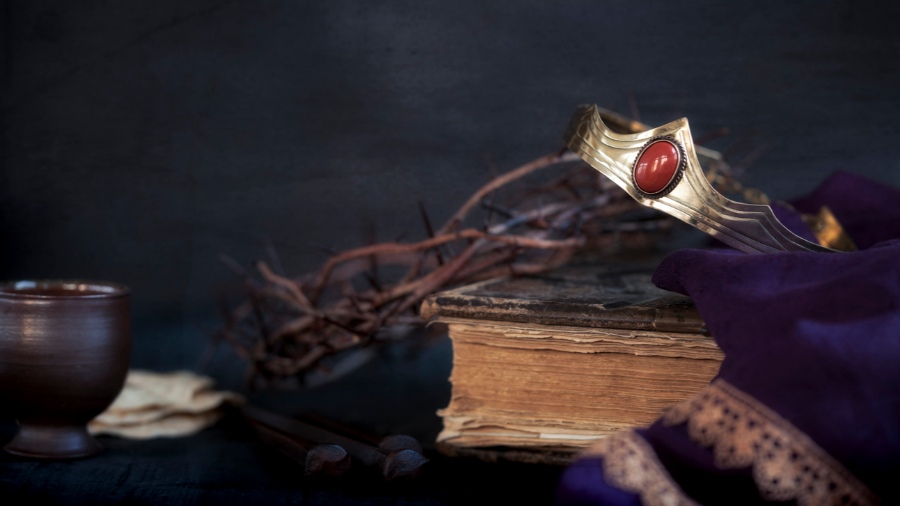 As the reader probably knows, on September 8, 2022, Queen Elizabeth II died at Balmoral Castle in Scotland. Her reign lasted for seventy years, and she was the longest reigning monarch in the history of England. Most British people, from the accounts I’ve read, felt she was a good and noble queen. Not without fault, but generally deserving of the people’s admiration and loyalty. Most could say “God save the Queen!” genuinely.

Following her death was a long mourning period for the UK, and those around the world. But before any of that took place, the Queen’s son and heir to the throne, Charles, became king. This was both a formality and immediate reality upon the Queen’s last breath.

Will King Charles be Good and Noble?

The question many around the world began asking was: Will King Charles be good and noble like his mother? The truth is that only time will tell. It’s possible he could, down the road, abdicate the throne, making Prince William, his son, King of England. According to some reports, this would put the minds of a good number of British folks at ease, as they have some misgivings about Charles. Again, time will tell. But for now, the people have little choice but to hope their new king is but an extension of their beloved Queen.

Here in America, we don’t have kings and queens. We are a government of the people, by the people, and for the people. In essence, that means the government should remain small, and it should work for the people, with its main function being that of protecting the people against all enemies — foreign and domestic.

How far we have fallen. Not only have we fallen far and fast in the last two to ten years, but we have fallen slowly, gradually for the last fifty to sixty years. Freedom, as it turns out, is not highly prized by all leaders, and these days, citizens. Now, a slow but sure degradation of American principles and values have landed us with a president who, by all evidence, desires and even attempts (with a fair amount of success!) to be a ruler with absolute, rather than limited, power, as our Founding Fathers intended and as is good for the people.

I think it’s safe to say we have our fair share of domestic enemies. It is no longer us against foreign enemies from time to time. It is us against foreign and domestic enemies who are trying their best to divide and conquer America, transform it into a Socialist (and eventually Communist) nation, with an eventual plan to make a New World Order, or a One World Order — all by their own admission.

It’s a lot to deal with, on top of everyday American life where most are simply doing their best to care and provide for their families. The weight of it threatens to steal my joy, disturb my rest, and fray my nerves if I’m not constantly on guard. But how does one find peace and rest amongst city riots, an open border where drugs and criminals are allowed in, a world-wide pandemic, skyrocketing gas prices, inflation, food shortages, the slow death of free speech, lockdowns, cries to defund the police, forced vaccines, evil indoctrination of children, war, rumors of wars, and so much more?

Personally, I find rest most often in three simple, but profound verses of Scripture:

Proverbs 21:1 — The king’s heart is in the hand of the Lord, as the rivers of water; he turneth it withersoever he will. Whether we have a king, president, evil dictator, or some combination, we can rest in the fact God is in charge of his or her heart, and nothing goes down without first getting approved by God. See the book of Job for a real life example.

Romans 8:38-39 — For I am persuaded that neither death, nor life, nor angels, nor principalities, nor powers, nor things present, nor things to come, nor height, nor depth, nor any other creature, shall be able to separate us from the love of God, which is in Christ Jesus our Lord. Nothing and nobody has enough power to separate us from the love of Christ. Nothing and nobody can control our minds and hearts (unless we let them). Others can kill our bodies, but not our souls. These are soft pillows to land on each night.

The Most Comforting Verse

One night, after working on this article, I was jolted awake by a dream. I don’t remember the dream, but before I was even fully awake, Philippians 2 came to mind where it says that God highly exalted Jesus and gave him a name which is above every other name, that at the name of Jesus, every knee should bow, of things in heaven, and things in earth, and things under the earth, and that every tongue should confess that Jesus Christ is Lord, to the glory of God the Father.

Sometimes, this is the most comforting verse of all, because those who are denying Christ now will not do so forever. They think they will. They set their hearts and minds in the opposite direction of Christ, but one day, they will bow to Him. They will confess He is Lord.

Our Pathway to Perfect Peace

As Christians wait for that day, we have to keep the faith, hoping always in Christ the King and not any earthly king (or president). Christ is our pathway to perfect peace and rest. As the world continues to rebel, and as all creation continues to groan for His coming, we wait patiently, enduring whatever comes, knowing that all that takes place is not indicative of a world spinning out of control, but rather a world set in perfect motion by our Creator who loves us with an everlasting love.

The “king’s” heart is in the Lord’s hands. Let’s rest in that, rather than any political promise or bad news social media site that will surely come across our screens.

Anna Pepperling is a pseudonym for a Rocky Mountain-based author who, in spite of chronic illnesses, is a wife, mother, grandmother of eight, caregiver, avid reader, and sidekick to Spurgeon, a lovable but needy black Lab. In her spare time, she sews, gardens, plays piano, and unashamedly slings her political views across social media.

Faith, Priorities and Life — What Ukrainian Christians Have Taught Us

A Pandemic of Acrimony