The Impossible Mile: How One Man With Cerebral Palsy Lives One Step at a Time — and Finds Blessings in His Disability 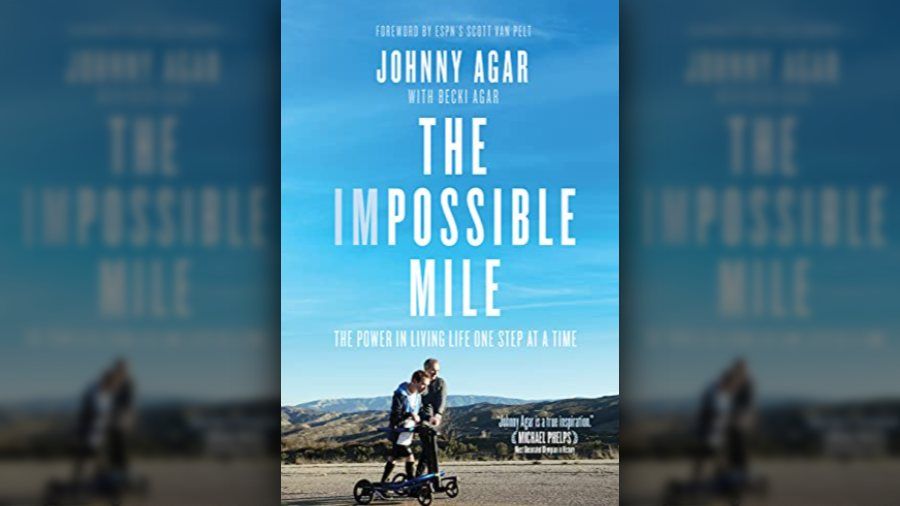 “If you want to look at yourself as having a disability, then that’s how people will see you, and that’s how you’ll live your life. Disabled,” Jeff Agar told his son, Johnny. “But if you really want to make a mark on this world, you need to see yourself as a champion — and that’s what you’ll be.”

Johnny, who, with his mom, Becki, co-wrote The Impossible Mile: The Power in Living Life One Step at a Time, was born with cerebral palsy. In spite of his challenges, Johnny became an athlete who participates in many races with his father. During one race, Johnny — who had only walked 23 steps before he began training — walked the last mile of the St. Patrick 5K in Michigan. “My faith had taught me that with God all things are possible. I knew that even if I didn’t make it, God had my back. Would always have my back.”

Jeff and Becki pushed him to live life like anyone else. They did not want him to see the disability as something that made him different. They wanted him to know that he was just like any other typical kid.

Becki told The Stream that she and her husband didn’t want Johnny to have a “disability” mindset. “If he wanted to do ice skating, we’re going to get him on the ice. … [W]e just wanted to have the world be his oyster. And not set limits on him.” Over time, Johnny began to feel as though he could do anything if he worked hard.

Johnny and his dad did work hard. They continued to compete in races like Mitchell’s Run and the Ludington Triathalon. They weren’t in it to win, and that was okay. Johnny and Jeff entered the Ironman World Championship held in Kona, Hawaii. Johnny was selected to compete in the physically challenged athlete division. Jeff pulled the boat that Johnny was in on the 2.4-mile swim. They also went 56 of the 112 miles on the bike course. But Johnny and his dad didn’t make the cutoff time and were out of the race. They’d made it halfway. When a man told Johnny he was sorry that he hadn’t made the cutoff time, Johnny brushed it aside. “I responded, ‘Sometimes you win, sometimes you learn.’ … My whole life I had learned that failure was a process, not an end; that the challenges you face are just stepping-stones, not roadblocks.”

What Cerebral Palsy Taught Him

Johnny has also learned that it takes time to accomplish goals. “If … you make goals for yourself, you’ve got to take those goals and break them down into smaller pieces in order to accomplish something.” He said his cerebral palsy has taught him that. And that he might fail. “And really, people like to think of failure as a definite thing, you know … it scares them. It takes them away from what they can accomplish. And I think that if you do that, then you sell yourself short, because you never know until you try.” He added that sometimes there are other paths to get people to their goals.

Johnny considers his cerebral palsy a blessing. “The biggest blessing.” He explained that doctors are going to tell patients to read about the disease. While that’s not necessarily harmful, it may not be the patient’s experience. “And so, if you just take it day by day and take each challenge as it comes, you’re not limiting yourself to what you can accomplish and you find different ways to accomplish those.”

He now gives motivational speeches and talks to kids about challenges in life. “I love motivational speaking and talking to kids. That’s my favorite part, talking to kids, and helping them to realize what they’re capable of and really ingraining … that in them at a young age. … So that’s my ministry at this point.”

Johnny recognizes the role his parents played in making his goals achievable. “I was grateful that I had parents who taught me to never give up,” Johnny wrote. “Who showed me that we all were different — it was what made us all special. Parents who showed me the importance of humor and what it means to believe in something even when you can’t see it, feel it, or grab it in your hands and hold onto it tightly. I was glad I tried. I was glad I had put one foot in front of the other — literally and figuratively. It brought me to this moment. This wonderful, amazing moment.”