The Horror: Joe Biden and His Demons 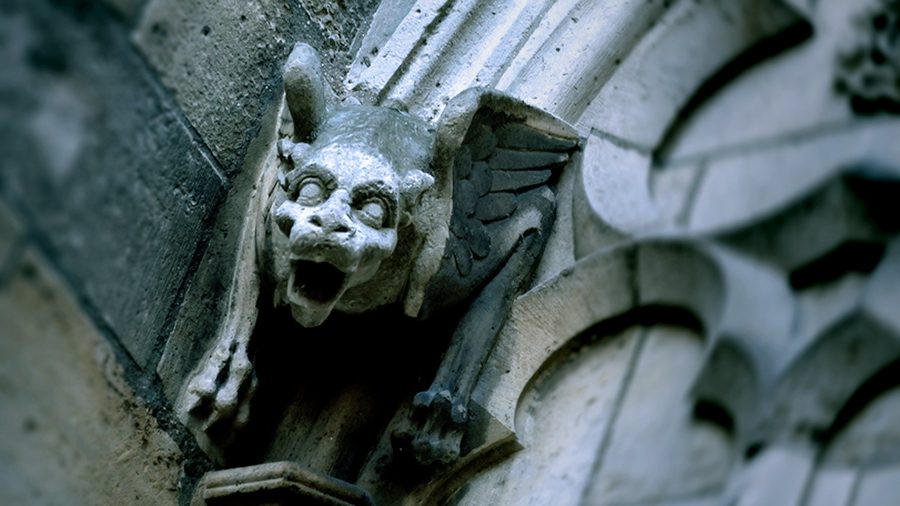 What is the premise of almost every horror movie?

Don’t mess with the Natural Law.

Yes, a lot of these films are gruesomely, needlessly violent, so I’m not recommending them for The Stream. But we can learn from talking about such movies and their appeal.

Starting with Frankenstein and going all the way through The Exorcist, Carrie, Re-Animator, Alien, Hell House and Heredity, for all their flaws, horror films often reinforce positive social norms and warn against violating them. Greed, arrogance, defying God’s natural order and dabbling with the occult … all get punished. Frankenstein warns us not to play God and try and reverse the inevitability of death. The Exorcist teaches us to not dabble with demons, as Regan did via a Ouija board. In slasher flicks like Friday the 13th and Nightmare on Elm Street, the kids who get knocked off in them are the usually ones who are drunk, promiscuous, or mean. Re-Animator and countless similar flicks punish those who grasp at immortality.

Joe Biden Clinging to Fetishes of Power, Like Gollum

All of which, sadly, brings us to Joe Biden. In horror terms, the president has violated one of the most basic truths of our lives — that at some point we get too old to function the way we used to. When this happens, we have two choices. We can accept the world the way God made it, retire gracefully, and prepare to meet the Lord. Joe could certainly afford to, having amassed a family fortune life living off the public.

Or we can cling to power, deny God and our mortality, and eventually get dragged into hell.

Others have pointed it out, but it really was shocking how President Biden’s recent speech in Philadelphia resembled a cinematic cameo by one of the lesser demons of hell. Biden ranted and raved, his dementia illuminated by hellish red lights in the background. It was like the horrifying ending of Heredity.

Does Joe Biden Even Realize He’s Lying? Or Speaking?

The priests in The Exorcist remind each other that “the demon is a liar,” but I don’t even think Biden knows what he is saying anymore. This is why I think his tragedy gets to something more primal than mere politics.

Lunch Bucket Joe, a hair-sniffing demagogue and liar for more than five decades, turned his back on God when it was obvious to everyone on the planet that Joe was too old to be president. He was like Dr. Frankenstein pumping more and more juice into his monster to make it come alive. This goes beyond ignoring or disputing an advisor on inflation or the problems in the Middle East. This is denying the reality of the material world.

It is, to reiterate, the premise of almost every horrid movie. God told Joe it was time to retire. Joe made a deal with the devil — or Jill — instead.

Critics have been appalled at Biden’s broad nastiness, but I’ve always found his evil to be particularly petty. In the book The Exorcist, William Peter Blatty’s 1971 horror classic about demonic possession, there is a section that was so important to the story that it caused a rift between Blatty and director William Friedkin when it was left out of the film.

Near the end of the book, Father Lankester Merrin, an older priest, is explaining evil to Father Damien Karras, a young Georgetown Jesuit. The demon’s target, Fr. Merrin says, is not the innocent girl he takes over. The target “is us.” He continues:

I think the point is to make us despair, to reject our own humanity, Damien, to see ourselves as ultimately bestial; as ultimately vile and putrescent; without dignity; unworthy.

Fr. Merrin then explains that the devil is not so much in wars or on great geopolitical dramas, but in the small, quotidian cruelties, “in the senseless, petty snipes; the misunderstandings; the cruel and cutting word that leaps unbidden to the tongue between friends, between lovers.” Enough of these, he says, and “we don’t need Satan to manage our wars.”

The demon, as Fr. Merrin notes, “knows where to strike.” Biden is not a large enough personality to be a towering evil. He’s too petty for that.

Biden’s behavior reminds me of another politician who seemed to have signed a deal with Satan — Ted Kennedy. In the 2017 movie Chappaquiddick, Kennedy is shown transforming from someone who might possess a conscience into a truly evil man. After being responsible for the death of a young woman he drove off the road in a dark driving accident, Kennedy overcomes an attack of scruples. The senator taunts his cousin Joe Gargan, sarcastically calling him “Ol’ Joe” and repeating that even if it’s a dead girl in a car, “Ol’ Joe will fix it.”

He then mocks Gargan as nothing more than a cue-card holder for Kennedy, who’s an important leader. It’s not smoke and fire and the horns of Satan, but something more powerful — the quiet degradation of another human being. Teddy, now converted to the dark side, tells Joe that everybody has negative traits. Even Moses had a temper, he offers. “That’s true,” Joe replies, “but Moses didn’t leave a dead girl at the bottom of the Red Sea.”

The Freedom to Shock

Horror movies don’t get the respect of dramas or even superhero movies, but in some ways they are the most daring kind of storytelling. Unlike romantic comedies or action movies, horror films are allowed to be unpredictable. Major characters suddenly die. In The Exorcist, the leading character, a priest, dies during the ritual. In Drag You to Hell, a young woman who was heartless to a poor old woman gets sucked into hell by demons. In Sinister, Ethan Hawke’s character, a writer, realizes too late that his fascination with watching grisly movies he found in the attic of a new home has admitted a demon into his house.

No one hopes for such a terrible fate for old Joe, but he’s in so deep at this point that only a radical turn to the Lord might bring him back.

Are the Democrats Ruled Now by Demons? The 10-Year-Old Rape Victim’s Story Might Prove It