The Hillary Movie to Show Your “Undecided” Friends 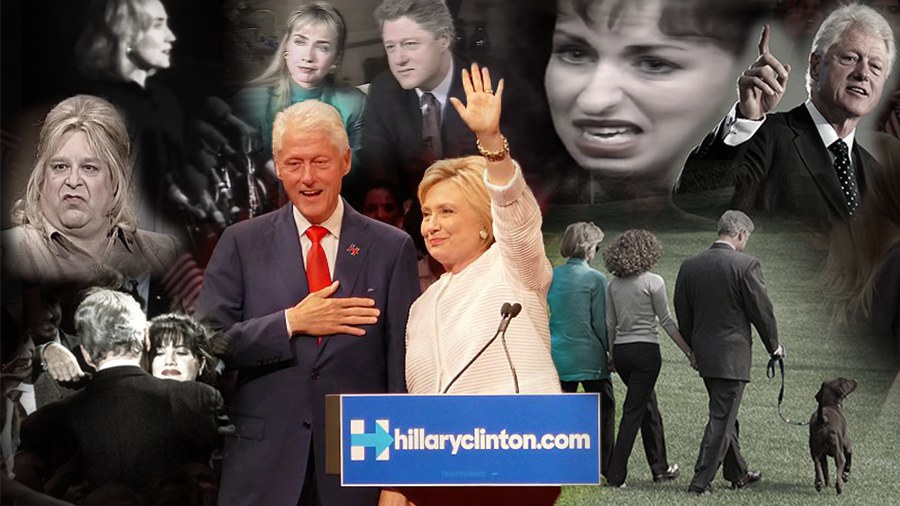 There’s a fascinating new documentary, Clinton, Inc., which every voter in America really ought to see. Media are full of news stories, most of them hyped and some of them false, that highlight objections which conservative or moderate voters might have to Donald Trump. The same reporters and editors who fawned over Trump in the primaries and granted him billions in free coverage seem to have turned on him the day he clinched the GOP nomination.

Now some of them have abandoned even the frayed mask of objectivity and openly taken up the cause of trying to throw the election the Democrats’ way. Amiable Jimmy Fallon was subject to a public shaming because he gave Trump the same kind of friendly, softball interview he gives every other guest on his light-hearted late night show.

Conversely, major media have been virtually complicit in smoothing over Hillary Clinton’s scandals, particularly since she defeated Bernie Sanders for the nomination. Little coverage goes to Jill Stein, the Green Party candidate, who embraces Sanders’ agenda. It’s as if a quiet memo had been issued across the media, instructing reporters and editors: “Lay off until the election.”
The makers of Clinton, Inc. didn’t get the memo. The film’s producer is Doug Sain, who also produced 2016: Obama’s America, which was a huge hit among conservatives. Clinton, Inc. is based on the book of that title by Weekly Standard editor Daniel Halper. But this film doesn’t focus on ideology. In fact, it’s a movie you can take your liberal friends and family members to see. They’ll emerge from it deeply troubled about Hillary Clinton’s character and her fitness to be president.

Clinton, Inc. is a cool, objective look at the rise of both Bill and Hillary Clinton. It consults biographers, former advisers such as Dick Morris, psychologists, marital therapists, FBI agents, and progressive activists, to analyze the characters of both candidates and the changes they’ve undergone over the decades. The film asks (and goes far toward answering) critical questions such as:

It’s Not About Sex. It’s About Perjury.

Sex scandals, while unsavory, are a key part of the Clintons’ story. Those of us who lived through the late 1990s will well remember the sordid spectacle of Bill Clinton’s exploitative affair with intern Monica Lewinsky — a White House intern who was only eight years older than Clinton’s daughter, Chelsea. What we might have forgotten, and what younger voters won’t even know, is the reason that such private conduct became an issue of public debate. It wasn’t prurient interest on the part of Special Prosecutor Kenneth Starr, though that’s how most media choose to retell the story.

No, the question of Bill Clinton’s sexual activities while in public office became relevant because he was being sued for sexual harassment by a former Arkansas state employee, Paula Jones, an accusation which he denied under oath. Perjury is a crime, which Starr was obliged to investigate. That was what forced Starr to look into the news of Bill’s affair with Lewinsky. It established a pattern of conduct.

What most of America wondered, as that sordid story unfolded and Hillary backed Bill in public lie after lie, was why such a strong-willed, steely woman stood by her cheating husband from the beginning to end of the scandal. What did she get in return for enduring that gross humiliation?

Clinton, Inc. gives the answer: Bill Clinton essentially appointed her the Democratic nominee for Senate in New York State. She received that party nomination without even facing a primary — a staggering coup d’etat in a state full of ambitious Democratic candidates.

The Clintons had never lived, worked, or paid taxes in New York. The one time Hillary appeared in a Yankees baseball cap reporters burst out laughing. But the New York State Democratic Party is an old-style political machine, one that a sitting Democratic president could work to his advantage. And as Clinton, Inc. makes clear, the price that Hillary demanded for backing up Bill’s lies all through those sexual scandals was that Bill jump-start her own career by short-circuiting democracy for New York Democratic voters.

As this film makes clear, that nasty back-room trade-off epitomizes the Clintons. Their governing motive isn’t even ideology. It is naked ambition — a ravenous hunger for power and wealth that trumps political issues. So fixated are the Clintons on building a political dynasty, that they are more than willing to get in bed with the crony capitalists at Goldman Sachs, or Saudi princes whose government executes homosexuals.

They will lie for each other, lie to Americans, lie under oath, and punish old friends and allies who happen to stand in their way. If you wondered how on earth someone as offbeat as Bernie Sanders became a major threat to Clinton, this film will help you understand why so many well-meaning Democrats refused to back Mrs. Clinton. She offended their sense of smell.