Friday's terrorist attack in London seems like the first draft of an awful work of fiction. 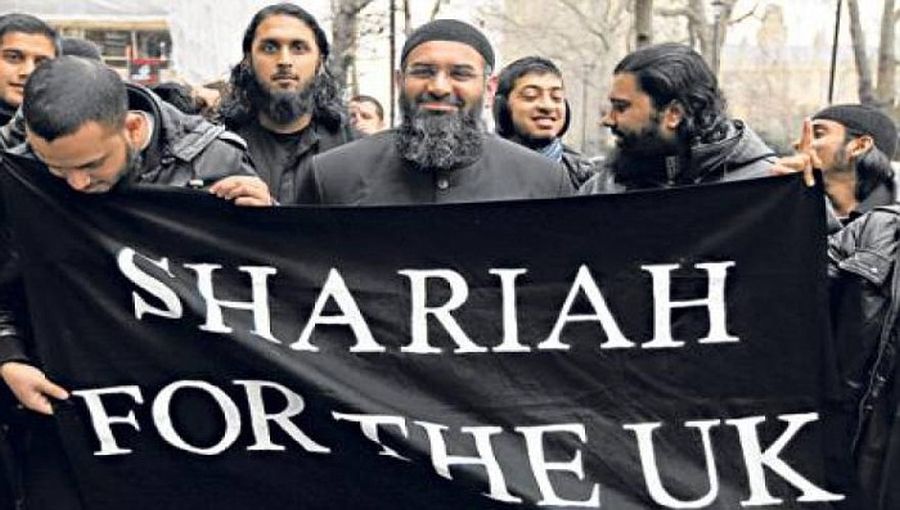 In a classic episode of 30 Rock, heroine Liz Lemon goes on “hiatus” along with her show. In a dream, she wanders the streets of a desolate New York City. At one point, under a bridge, a group of people wave to her. “You’re one of us now!” they proclaim. She approaches, and learns who they are. A travel agent, a TV repairman, and members of other “dead professions.” They tell her that “reality” TV has made her kind obsolete. “Writer” is now a vocation akin to “buggy whip braider” or “typewriter salesman.” Then she wakes in an icy sweat.

I’m not sure we’re there yet. There is still room in our world for palm-sweaty word miners. For instance, somebody has to type up the agitprop that the coiffed talking heads on CNN read at the cameras. If they had to go “off book,” they’d descend into word salad gibberish, like speech aphasia patients, or Jim Acosta at a presidential news conference.

We Don’t Need No Stinkin’ Writers

I wonder if most anchors know what the words they read even mean. Or if the writers just give them phrases spelled phonetically. Hence:

Beyond typing up the latest dispatches from Media Matters and the Southern Poverty Law Center, someone will have to transcribe other things.

Satire: The Canary in the Coal Mine

I don’t think I’ll find a niche, though. My worldview on matters religious and political renders me a “dangerous extremist.” And anyway my specialty, satire, is definitely dead. Deader than baroque opera as a popular art form. As dead as those frozen tribesmen scientists sometimes dig up from the Arctic tundra.

My specialty, satire, is definitely dead. Deader than baroque opera as a popular art form.

Sad, really. Great satires you’ll recognize include Brave New World, The Screwtape Letters, Animal Farm, A Clockwork Orange, That Hideous Strength, and (in cinema) Dr. Strangelove, Wag the Dog, and This is Spinal Tap. But all that’s over now. Satire as a genre depends on outside factors to work. It can only thrive in a society with a broad-based agreement on what is right and wrong, noble and vile, beautiful and repulsive. When that consensus shrivels and dies, satire becomes impossible.

So does society. That means the death of satire is bad news for more people than me.

Real Headlines or Bad “Racist” Novel: You Be the Judge

It’s impossible to satirize our times. Even sober news reports read like dashed-off first drafts of nasty, implausible stories that editors tossed in the trash can by page 13. See the most recent terror attack in Great Britain.

Imagine some poor twenty-something at Random House living in New York City on twenty-something thousand dollars per year. His job? To read the “slush pile,” made of manuscripts nobody has much hope for. How long will he bother to skim a synopsis with the following plot points?

Fighting the Jihadi with a Narwhal Tusk

Already, the editor is rolling his eyes. Who even agreed to consider this drivel? It belongs over at the company’s (booming!) science fiction imprint. But morbid curiosity goads him to skip ahead. He checks out the central plot point.

At this point the editor is furious. This isn’t just bad satire. It’s hate literature. Which one of his colleagues thought it was funny to assign him this racist garbage? Time to tell him this was Not Funny. In fact, it might be worth reporting this incident to Human Resources. As harassment.

But wait! What if instead of a prank this is a test? Maybe his higher-ups are giving similar manuscripts to every one of the straight white cis-male editors, to see how each would react? Ferret out the haters?

Yes, that’s what’s going on. The editor carefully drafts a detailed email denouncing this racist novel, taking careful credit for “detecting it and alerting people,” and copies it to the whole editorial department. Once he has hit “Send,” the knot in his stomach unties itself. He sends the author a curt, dismissive rejection email. Then forwards the hater’s name to an Oberlin friend who works at the Southern Poverty Law Center:

This is someone you ought to keep an eye on. A hate crime waiting to happen.