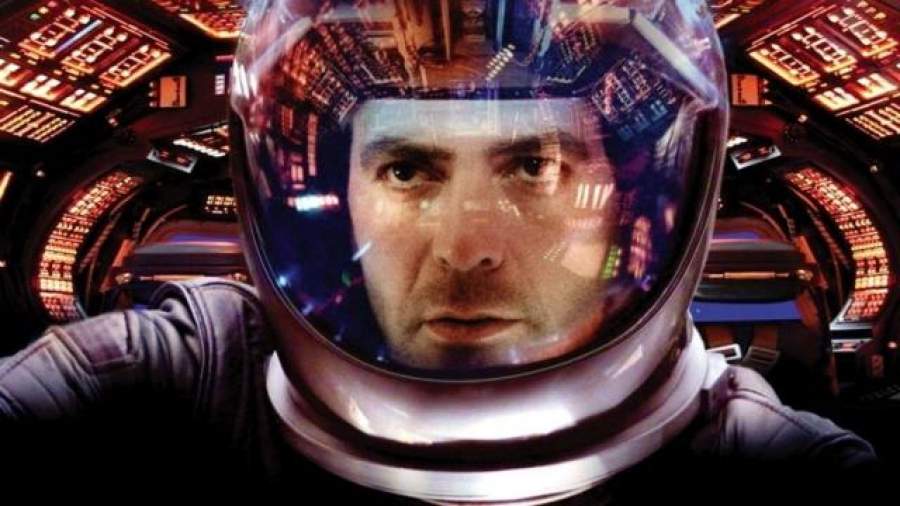 It was a wonderful thing to see the trailer for the new musical In The Heights. The energy, the colors, the obvious talent on the screen … the film seems like the first true deep breath and smile in the world finally pulling out of COVID lockdowns and isolation.

But what about the world we are leaving? What work of art will reflect the loneliness, despair, illness, death and grief of the last 18 months?

The film that most deeply spoke to me about the pandemic is Solaris. That 2002 George Clooney science fiction vehicle, was directed by Steven Soderbergh. Solaris bombed upon release, but is now playing as part of the AFI Silver Theater’s current series on Stanislaw Lem (1921-2006). He was a great Polish science fiction writer. His 1961 novel Solaris, on which the film is based, is considered his masterpiece. There is also a 1972 Soviet version of Solaris directed by Andrei Tarkovsky which won a Special Jury Prize at the Cannes Film Festival. Poland has also named 2021 the Year of Stanislaw Lem.

In the future Solaris imagines, psychologist Kris Kelvin (Clooney) goes to a space station orbiting a planet called Solaris. The entire planet is a gigantic and sentient ocean of a plasma substance. (Think of a much less benevolent Perelandra.) Weird things have been happening on the space station. One astronaut already killed himself. Each of the two survivors talks about having a “visitor.” A person each thought was dead appears, fully formed, with body, intelligence, and the power to communicate.

An Unborn Child “Could Have Brought Some Life”

In Kelvin’s case the visitor is Rheya (Natascha McElhone), his wife who committed suicide several years ago. She had been suffering from either depression or Sloth — which is never clear — and aborted their child without Kelvin’s knowledge. This set Kelvin off as he ripped through their house, lost in despair that the baby “that could have brought some life to this place” had been killed. It’s a powerful scene, not the kind of thing you usually see from Hollywood, never mind a liberal Democrat like Clooney.

Now Rheya, or a copy of her, is back. She’s standing in front of Kelvin. He has a second chance. However, Kelvin soon discovers that Rheya is not a fully autonomous and free-thinking creature of God. She’s the manufactured being of an alien consciousness, based entirely on Kelvin’s memories of her. This means the good memories as well as the bad. As Kelvin not only remembers Rheya as beautiful and intelligent but depressed and suicidal, her replacement also becomes depressed and suicidal.

When We Play at Being God

Solaris offers a dramatic warning about the danger of trying to play God. Going back to the original Frankenstein novel, written by Mary Shelley and published in 1818, some of the best horror, science fiction and fantasy works have preached the same message. We are not God, and when we act like it, refusing to accept natural life (Rheya’s pregnancy) and the inevitability of death, dreadful things happen. That theme pervades the genre, touching everything from Star Trek to Spiderman.

In Solaris, Kelvin quotes a poem he admires. “And death shall have no dominion” by Dylan Thomas imagines the end of mortality:

Alone with the Loss of Love

Solaris captured in advance the atmosphere of COVID. Kelvin must deal with the grief over a recently lost loved one, but in the sterile atmosphere of a space station. He lives separated from friends, colleagues, and all his usual haunts, from restaurants to book stores. He is alone even as he loses those around him.

My own mother passed away this past January. She was in a memory care facility that was hyper COVID-conscious, and I had to talk to her through a window until the day she died. Unable to see her up close and unable to wade into the wider world, which was closed off and shut down, I felt as trapped as Kelvin.

The Sterility of Man-Made Paradises

As a Polish author who lived under communism, Solaris author Lem saw firsthand what happens when societies try playing God. As science fiction scholar Carl Tighe noted in an essay about Lem:

Virtually all of Lem’s novels can be read as parables about what happens to societies and people when channels of communication are blocked, about the difficulty of making a revolutionary society or fundamentally changing human nature by social or political engineering on the slender basis of the knowledge of humanity at our disposal. As such, his novels are profoundly humanistic, a coded criticism of the kind of society that that developed under Stalin.

It’s worth noting that Soderbergh ends his version of Solaris in a way that diverges from the original novel. He opts for an attempt at a happy ending, which flies in the face of what has come before. Audiences will know better. Human beings and an alien consciousness cannot offer final reconciliation for our failures and brokenness and sin. Only God can.