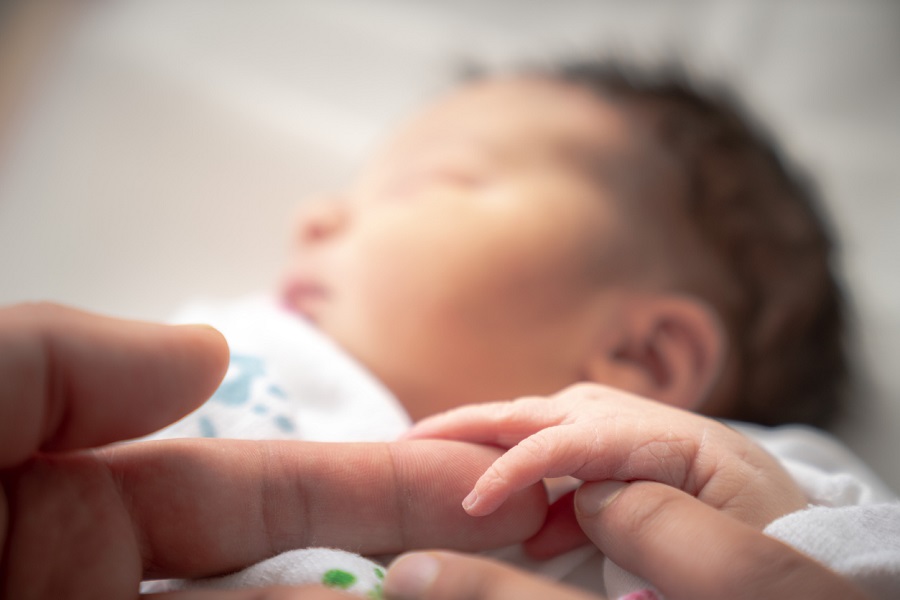 So powerful is the moment of giving birth to your first child that many a first-time mother doesn’t fully comprehend the “second birth” that is taking place inside of her. As the new mother stares into the searching eyes of her newborn, she also gives birth to the life-changing realization that her life is no longer her own. She understands — innately, instantly — that without her loving care and nurturing, this living human being that just moments before was inside of her would perish outside of her.

The moment is as raw and vulnerable as her naked baby who just met the outside world for the first time. It is also met with a fierce, instinctual determination from somewhere deep inside the mother that there is nothing she wouldn’t do to see her offspring thrive, even if it came at a cost to herself.

It is not a shift that is fully understood in the moment; if it were, perhaps no one would become a mother, so great is the cost to her self-life. But to be sure, the mother, whether she realizes it or not, has stepped into a great and high calling of being entrusted to impart, instruct, impact and influence a life made in the image of God for all eternity.

I will never forget being formally addressed as “Mom” by young Kenyan Christians at the church we were serving during my first mission trip to Nairobi in 2017. Even though I was a mom to my four girls, I was thrown off by the title at first until I came to understand what it really meant in the Kenyan church culture. Maybe I had wanted to be known by them as “team director,” “preacher,” or “organizer,” but here I was, being addressed as “just mom” once again. Little did I know that unlike America, in Kenya, the title of “Mother” is the highest form of respect and honor that can be given to the woman upon which it is bestowed. It esteems the “office” of motherhood and connotes with it the authority, wisdom, and honor in society that it actually deserves.

As we continue to contend with the way culture defines modern motherhood, let us never lose sight how God defines it.

Contrast this with America. I am American, so I speak from firsthand experience. Since I was I little girl, I was frequently asked the question, “What do you want to be when you grow up?” It was a question to which I replied, “a war correspondent, a missionary, a scriptwriter, or a Broadway star” depending on the day. There was never one minute of one day where I would have answered anyone, “a mom.” There was a mentality, this pressure that “just being a mom” would never suffice or be good enough. That if I were “just a mom,” I would be selling myself short of self-actualizing into some other nebulous version of myself.

I would wholeheartedly argue that my personal struggle is shared not with thousands, but with millions of frustrated and unfulfilled moms across America. This generation of moms have come up with anything and everything to help us cope with the ubiquitous feelings of frustration and shame that seem synonymous with modern-day mothering. We have coined the term “mom guilt” even as we have compared ourselves one to another on the life success meter, all the while taking our eyes off the prize of pouring into the only things this side of heaven that could actually accompany us there.

This is not a directive I easily hear; the indoctrination runs deep. How do I practically reject the cultural messaging that there’s something outside of myself and my role as a mom that will fulfill me, other than the immense job of raising of my four daughters well? The “all of me” that that requires weighs on me at times. It’s one that once-a-year Mother’s Day cannot fix. It’s not an adequate remedy for a generation of mothers who don’t really know who they are and have lost sight of what they are called to do.

For me, the answer was found in an eternally-minded vision of motherhood greater than myself.

Moms, this is what you really get to do

After mothering four young women for over 23 years, I continue to grow in understanding my calling as a mother. Looking beyond the thankless, mundane, and underappreciated aspects of this “job,” I fully embrace that there is no substitute for my presence in my girls’ lives. I hold the invaluable and priceless of role of encouraging my daughters, educating them, empowering them, and most of all, envisioning them to be the fearless women of God they are called to be. God entrusted me with these four girls because they needed my unique influence on their lives to be unafraid to go after their destinies in God. My confidence in my calling as a mother breeds confidence in them.

As we continue to contend with the way culture defines modern motherhood, let us never lose sight how God defines it: as a great and high calling that is esteemed and precious in His sight. When we know who we are as mothers, we will raise up the next generation to know who they are and, therefore, change the world.