The Gospel and Spiritual Powers 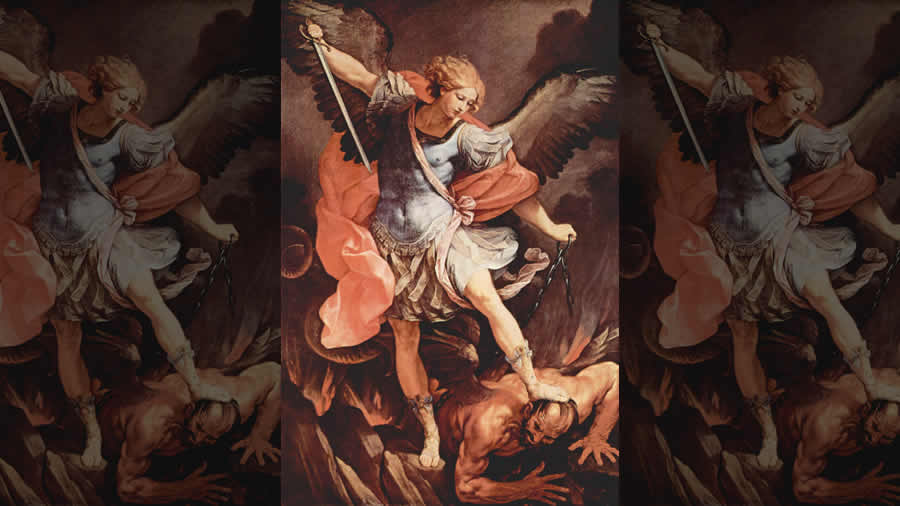 There have been many attempts through the years to explain the relationship the earth and its inhabitants have with the powers of evil.

Some have concluded that the biblical times were so primitive that such language referring to demons, evil personalities, and a personal devil reflect an uninformed worldview. They would more easily describe references to principalities and powers as institutions and social systems that oppress certain classes of people.

Others have suggested that the whole theme of history and thus the Bible is about a war that God has been fighting with the Satan, and that we are soldiers in his army in that eternal conflict.

The more classic protestant view has been that the battle is primary about the process of progressive sanctification. The benefits of the atonement of Christ’s death and resurrection are emphasized with spiritual warfare being relegated to lesser attention. The fight with evil is part of the struggle that produces the character of Christ in us.

In recent decades, there has been a renewed emphasis in the territorial jurisdiction of higher-level evil powers. The question has been about the level of authority we as believers have regarding such.

As always, the danger is in over-emphasizing the role of the devil and diminishing the glory of Jesus, or in under-emphasizing the role and power of evil and becoming captives unaware. We try to interpret the whole of scripture in its context to rightly discern what we believe and therefore how we act. A bad hermeneutic will produce a bad theology.

Because we believe that the Bible is a narrative that culminates in the exaltation of Jesus as the fulfillment of all legitimate hope and promise, we view the Old Testament as authoritative yet pointing to a fuller understanding that is revealed in the New Testament. The images, symbols, predictions, and promises that are found in the in the Old are revealed fully in the person and work of Jesus. The New Testament writers are explaining that, and giving instructions about living in such new understanding.

With that in mind, many would agree that Paul’s letter to the Ephesians is a high-water mark in such revelation. He begins by declaring what God has done in Jesus and what a radical difference that makes in our own identity. One phrase in the middle of the first chapter is so enlightening: “to the praise of his glorious grace that he freely bestowed on us in the Beloved” (1:6). It describes the purpose behind everything God has done, as well as what he is doing now. In short, he is magnifying the unique nature of his grace.

When all the fog and clouds have faded away, we shall see a glorious grace in the face of a glorious Father. Spiritual warfare must be seen with this purpose in mind.

Grace for the Oppressed

To feature his grace, God has chosen to work through those who need grace. Jesus announced at the beginning of his ministry,“The Spirit of the Lord is upon me, because he has anointed me to bring good news to the poor. He has sent me to proclaim release to the captives, and recovery of sight to the blind, to let the oppressed go free, to proclaim the year of the Lord’s favor” (Luke 4:18).

His target audience was not the well and the good, but the hurting and the bad. He is not embarrassed by the messy lives of those ravaged by sin, and oppressed by evil. His grace shines brightly there. Those blinded by self-righteousness never get to be redeemed by the wealthy Savior who is ready to spend it all to get us out of bondage. They never get to know the comfort of a Father who has daily longed for the return of the prodigal, and bears all shame to celebrate his return. They never get to rejoice in seeing a glory their eyes had never seen before.

A contemporary form of the church that aims to entertain the healthy, inform the curious, and congratulate the strong is missing the mark of his mission. When the poor, bruised, broken-hearted captives are made to feel unwelcomed, we have adopted a pharisaical religion that stinks to God.

The Church diminishes the darkness by displacing the deception of shame and condemnation with the good news that a new kingdom has come — superior to all others.

The church that Jesus commissioned is a continuation of his own ministry on earth. It diminishes the darkness by displacing the deception of shame and condemnation with the good news that a new kingdom has come — superior to all others. It overcomes hatred and apathy with a kind of love foreign to earth, but common in heaven. It lives in the power of the name that is greater than all names and authorities. It does not live in fear of being overcome by evil, even by the princes of this world. It is not primarily searching for demons to cast out, but if encountered, demons are dispatched in the name of Jesus our king.

The purchase price has been paid for full redemption, and God’s people are moving through the earth, one garden at a time, telling the truth and loving their enemies. Where light shines, darkness flees. Minds are freed to think creatively and productively as God designed humans to live. Societies are blessed with freedoms that result when individuals are themselves freed.

We Live in the Light of Jesus’ Victory

We do not live with a bunker-mentality. The roof is not caving in because of the enormous weight of evil. The earth is the Lord’s and everything in it. On the cross, representatives of all powers and principalities met the God-installed King. Their authority was reduced to whatever He decides (Psalm 2).

As his subjects, family, and community, we live in light of that victory. We pray, preach, and live with the confidence that he who is in us is greater than he who rules the world of darkness. We do not mock the powers. We recognize their role and their presence, but we do not fear them or try to negotiate with them. We speak and live in Jesus’ name. Their defeat in the lives of people who have been previously captured by evil magnifies the glory of his grace.

The outcome is not in doubt. God is summing all things up in Christ Jesus. His victory at the cross and resurrection is bigger than we have yet envisioned. He is reconciling the world to himself. We are his ambassadors, beseeching everyone to be reconciled to God (2 Corinthians 5:19-21).

Jesus is head of the church and it will prevail against all the authorities in the gates. Though at any one time, with a limited view of what is happening in the whole world, we might conclude that things are helplessly deteriorating, God’s purpose is linked to his chosen people, the church. It will not fail.

There is reason to hope. There are resources to proceed. There will be a restoration of both the heavens and the earth. The resurrected life of Christ in his people, both individually and corporately, guarantee it.

Dudley Hall is a Senior Contributor to The Stream. He is the founder and President of Kerygma Ventures, a sought-after speaker, an engaging preacher, an effective consultant, and a trusted spiritual father. Dudley has authored several books including Grace Works, Incense & Thunder, Glad to be Left Behind, Men In Their Own Skin, Orphans No More, When Hard Times Come, Follow Me and his latest a children’s book laced with gospel truth: Shorty the Substitute Ram.