The Good and the Bad of Seaspiracy 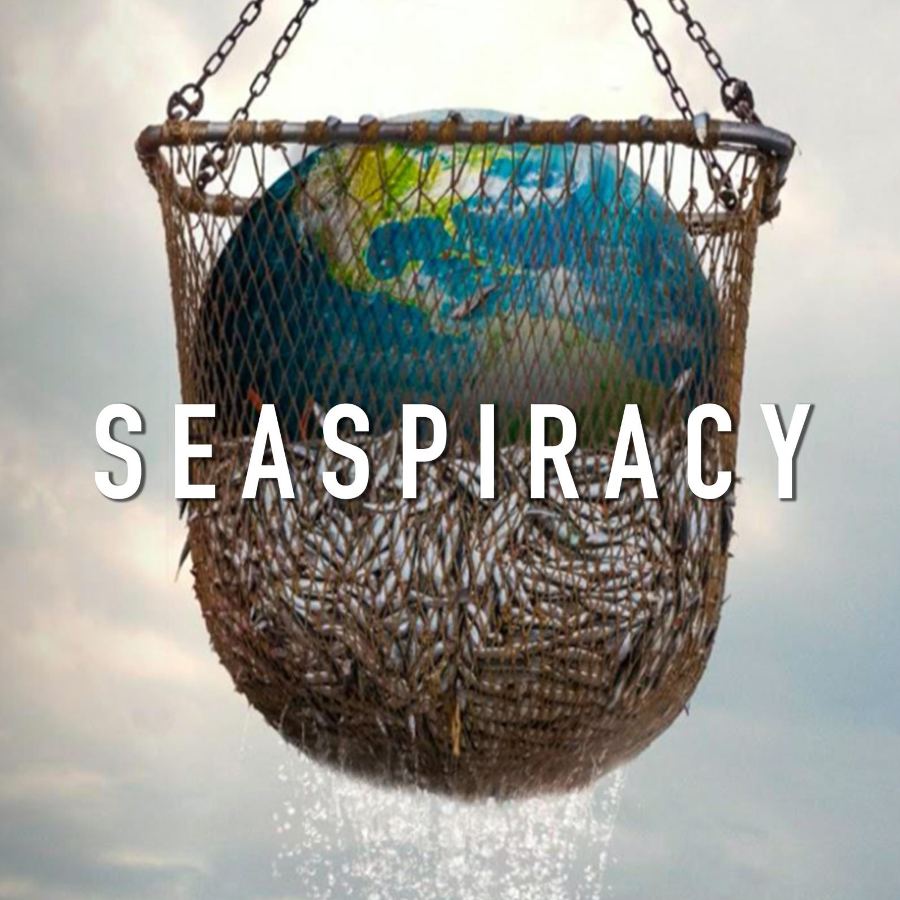 Ali Tabrizi’s Seaspiracy is a popular and controversial new Netflix documentary which details overfishing and what to do about it.

Tabrizi brings many important points to light. However, he draws several questionable conclusions. In particular, his “final solution” to overfishing — a real problem — is mistaken. And, like most environmental films, Seaspiracy misses the real “whale in the room.”

Here’s a survey, with assessments.

People in Taiji, Japan, herd dolphins and whales together. They kill many using inhumane methods. They keep 1 in 12 alive to sell to marine parks. This is true, but to illustrate it Seaspiracy shows clips of dolphins at American marine parks. Those parks don’t purchase Taiji dolphins. Indeed, U.S. marine parks are active conservationists.

Some Japanese still eat whale and dolphin meat, some by tradition. Some tourists find it a novelty. The Guardian interviewed Taiji fishermen. Their dolphin capture is a centuries-old tradition steeped in local religion and ancestor worship. They admit they no longer need dolphin meat for survival.

But a member of Sea Shepherds interviewed in Seaspiracy suggests dolphins are slaughtered for a different reason: pest control. The waters around Taiji are home to a Pacific bluefin tuna fishery worth $42 billion annually. Scientists claim current Pacific bluefin numbers are at 3% of historic levels. The waters around Japan are both breeding and rearing grounds for Pacific bluefins in the 1- to 3-year range. The young tuna are perfect eating size for some cetaceans, including dolphins. Yet little detailed research exists on dolphin diets. Therefore, we don’t know whether dolphins are a major threat.

Data from the Dolphin Project and Mark Carwardine’s 2019 Handbook of Whales, Dolphins and Porpoises of the World show that the numbers of cetaceans hunted is apparently a very small percentage of the total. For example, Japan’s 2020-21 quota for striped dolphin harvest is 450 animals, only 0.08% of the total estimated numbers around Japan. Known tuna eaters include Bottlenose and rough tooth dolphins, as well as false killer whales, and while little is known about their total numbers, probably under 1% are harvested.

Clearly, Taiji dolphin hunts are an inept form of pest control, if that’s their purpose. The sale of live dolphins and dolphin meat brings some profit. But, it’s also clear that dolphin meat is now unnecessary for survival. Tradition seems to be the main reason the hunts continue.

Seaspiracy properly shines a light on overfishing of Pacific bluefin tuna stocks. Sadly, it comes up short on real solutions. Why? Apparently because they don’t fit the agenda of promoting plants-only diets.

Throughout Seaspiracy, Tabrizi appears confused about sustainability. But Karmenu Vella, EU Commissioner of Fisheries and Environment, put it simply. He said sustainability is like taking the interest without touching the capital. Tabrizi mocks the idea, but it’s true. Fisheries 101 says if you don’t protect spawning-class fish and their habitat, then you consume both capital and interest.

Seaspiracy unintentionally shined a light on the truth that God gave humans, and no other creatures, the job of managing His creation.

Famous ocean explorer Dr. Sylvia Earl wrongly denies that sustainable, large-scale fish extraction examples exist. But the U.S. has many examples. Among them are red drum (a.k.a. redfish) along the Gulf Coast and striped bass along the East Coast. Numbers climbed when sustainability measures became law. Many wild salmon fisheries in Alaska have been managed sustainably for years. I reached out to Seaspiracy via its contact form to ask why the film didn’t mention any success stories. At press time, I had not received a reply.

Near the end of Seaspiracy, Tabrizi makes up his own definition of sustainability. He says it’s something that can continue forever, regardless of how much suffering it causes. But that’s not true either. The dolphin hunting his film highlights is not done because it’s sustainable. It’s done because it’s tradition.

The Real “Whale in the Room”

Journalist/environmentalist George Monbiot appears several times in Seaspiracy. One good point he makes is that environmental groups exaggerate plastic straw pollution. They ignore the “whale in the room” of commercial fishing-generated plastic pollution.

Over 46% of the plastic trash in the Central Pacific Gyre, a.k.a. The Great Pacific Garbage Patch, is from commercial fishing. Seaspiracy claims that many large ocean advocacy groups are silent about it because their supporters eat fish. 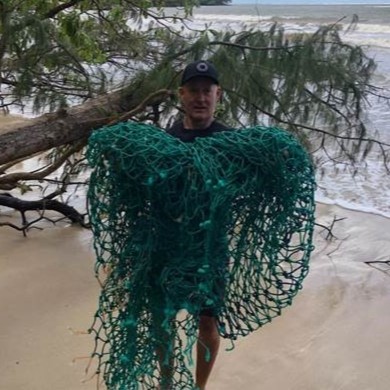 Author pictured with a large piece of discarded fishing net, collected April 6 from Kahana Bay on Oahu’s East side. Seaspiracy describes plastic trash from commercial fishing as the “whale in the room” that receives little attention compared to much less significant forms of plastic trash like straws. Image credit: Owen Cole.

The real “whale in the room,” though, is something Seaspiracy completely ignores.

One of the first commands God gives humans is to rule over His creation (Genesis 1:26–28). Not dominate it, but be good stewards. We’re supposed to take good care of the creation. Of course, this is easier said than done. Anyone who runs a business wants to turn a profit. But when turning a profit becomes an obsession, evil lurks (1 Timothy 6:10). Commercial fisherman know the more they catch, the more money they make.

Seaspiracy is at its best when it reveals an evil cycle in places like Thailand, where over 50,000 fishing boats strain resources. Fewer fish means lower profits. Many owners seek to maximize profits by paying crews little or nothing. Foreign workers are vulnerable to this modern slavery, signing their lives away in multi-year contracts they can’t read.

Even the United States, in Hawaii, has contributed to such human slavery and trafficking. The Associated Press documented this in 2016. U.S. Borders and Customs agents and the Coast Guard regularly inspect these U.S. boats. But they have no authority over crew members’ pay. Legal loopholes allow American boat owners to exploit foreign fishermen for profit.

Seaspiracy is at its best when it shines light on human slavery in the fishing trade. It helpfully exposes Chinese and European industrial fishing boats stealing fish from poor West African countries and also features one of the few good things the Sea Shepherds have done: help the Liberian coast guard stop a Chinese ship from stealing Liberian fish.

But then a Sea Shepherds member makes the moronic claim that we need to leave the ocean alone to stop global warming! That’s more than a little ironic. Sea Shepherds owns multiple fossil-fuel consuming monstrosities. Its 182-ft MY Sam Simon holds 57,000 gallons of diesel! If Sea Shepherds really believed climate change was an imminent threat, it would sink its fleet and create an artificial reef.

Seaspiracy wrongly concludes that the solution to overfishing is to ban fishing in 30% of the oceans and eat only plants. Then, to add insult to injury, it seeks to profit from its converts by having them pay it for plant-based menus!

Worse yet, Seaspiracy avoids the real whale in the room: human sin. Jesus Christ, not a plants-only diet, is the real solution to ending evil cycles of profits over people. God gave us plants and animals for food. Many people depend on seafood for survival. But God’s Word in Genesis makes it clear the Earth is not a perpetual fountain of resources. We have to manage it wisely.

Jesus showed us how to break needless traditions. He ended the temple sacrifices. He offered forgiveness (Hebrews 10:1–18) even to the worst of fishing captains. And His Word teaches (Colossians 2:8) that it’s okay to break from ideas based on human tradition (like Taiji dolphin hunts).

Seaspiracy unintentionally shined a light on the truth that God gave humans, and no other creatures, the job of managing His creation. We can do that better when we love Him and love our neighbors (Mark 12:30–31). We do it by defending the most vulnerable. That includes the unborn, and those caught in slavery and human trafficking. Loving rightly is something only Christ in us can accomplish when we repent and believe (Mark 1:15).

David Shormann, Ph.D., an aquatic scientist and patent holder, is President of DIVE (Digital Interactive Video Education), Hockley, TX, and a contributing writer for The Cornwall Alliance for the Stewardship of Creation.