The Golden State Has Become the Gangrene State 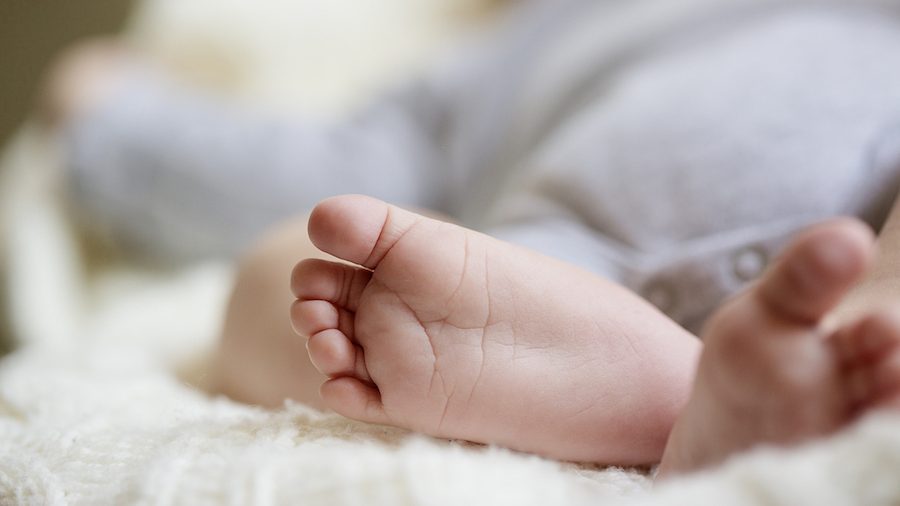 That’s what comes to mind when I think about California’s current moral trajectory.

The Golden State has become the Gangrene State, with each new day revealing a heightened level of wickedness and putrescence.

What’s the most recent abomination to top California’s stink pile?

A Bill That Will Allow Infanticide

It’s not enough that pro-abortion activists want to kill pre-born babies. Now they are coming after newborns. And if you think it will stop there, you don’t know how decay works. Dead things continue to decompose, and it doesn’t stop until there’s nothing left.

Under this proposed new legislation, mothers would not be held criminally responsible for actively or neglectfully killing their hours-old to weeks-old infants. And depending on how a court defines the word “perinatal,” that timeframe could be expanded up to a year or more. This bill would also protect anyone who aids or assists the mother in exercising her “right” to kill and, furthermore, allows her to sue any law enforcement department which arrests or charges her for hurting or killing the baby.

The thinking behind the bill is that if a woman tries to have an abortion, but the abortion gets botched and the child survives, the woman should have the ability to carry through with ending the child’s life without repercussions. The wording of the bill, however, essentially opens up a floodgate for murdering babies for any reason and under any circumstances.

We’re talking about the legalization of infanticide.

And the California Assembly Judiciary Committee moved the bill forward.

Has California Gone Too Far?

As California sinks to new depths at record speed, it’s tempting for us Californians to throw up our hands and say, “It’s too far gone!” The desire for residents to pack up a U-Haul and follow their friends and neighbors to another state is strong. There’s almost a fatalistic attitude that compels us to sit on the sidelines and watch the dumpster fire burn, consoling ourselves with the quippy reminder that “Jesus is coming back soon.”

Yes, absolutely, the signs of the times point us to the imminent return of Jesus Christ. But that doesn’t mean we don’t fight against the evil that is relentlessly encroaching on our state.

Jesus didn’t call us to be passive observers of the downfall of good. He called us to be salt:

You are the salt of the earth. But if the salt loses its saltiness, how can it be made salty again? It is no longer good for anything, except to be thrown out and trampled underfoot. (Matthew 5:13 NIV)

What’s a California Christian to do?

In Jesus’ day — and even still today — salt was used to stop the spread of decay. It’s a preservative. As Christians, we have the sin-halting power of the Holy Spirit living inside of us. Instead of fleeing in droves, we Christians should be concentrating our presence in this center of corruption. Like a shot of heavy-duty antibiotics to an infected area of the body, our job is to counter the disease that is debilitating our state.

Evil is the sickness that has a hold on California and Jesus is the cure. We’re the instruments God can use to bring healing.

You might be thinking, “California is too far gone! Like a gangrene leg that needs amputation, it’s beyond saving! Like a rotting corpse, it is past the point of no return!” If so, you are forgetting the salient point:

God is in the business of bringing dead things back to life. God is an expert in making lepers whole. God is a professional when it comes to healing.

And specifically regarding A.B. 2223, I challenge you to make your voice heard. In addition to getting the word out to friends, family, and on social media, I urge you to contact your local assembly member, as well as the office of the assembly member who authored the bill, and let them know you are opposed to infanticide. And then get on your knees and pray that it doesn’t pass. Pray that God would not only halt the corruption of our state but reverse it. And pray that He would use you in the process.

Pastor Hibbs will be taking a large group to the California state capitol to protest the bill on April 19. For more information about the protest, click here.

Jack Hibbs is the founder and senior pastor of Calvary Chapel Chino Hills in Southern California and the voice of the Real Life television and radio broadcasts. Dedicated to proclaiming truth and standing boldly in opposition to false doctrines that distort the Word of God and the character of Christ, Jack’s voice challenges today’s generation to both understand and practice an authentic Christian worldview. Get more timely content at JackHibbs.com.

Getting ‘Political’ — Vice or Christian Virtue?