The Gods Have Returned (and America is Being Paganized) 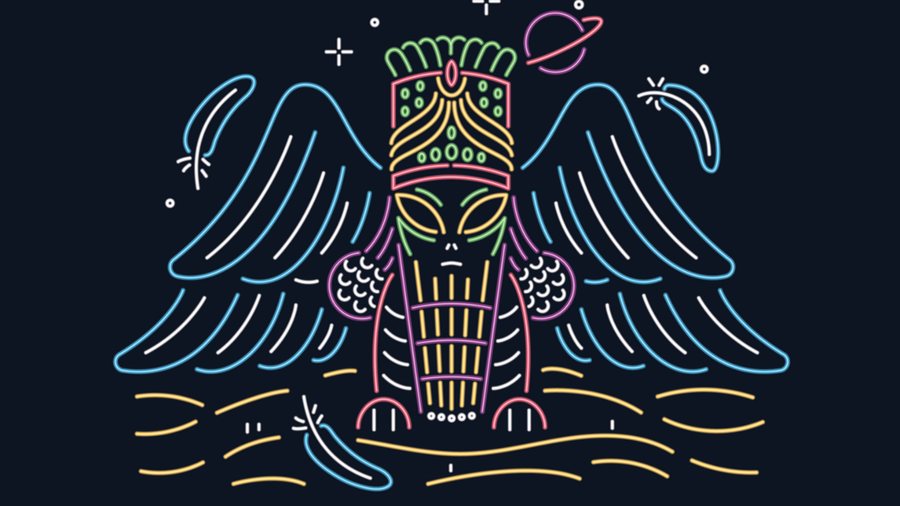 A specter is haunting America. It lurks in its halls of government, its media, its television, its computer screens, its classrooms, its culture, its children. It is the invisible agent transforming America into something completely other than it ever was. The mystery is deep. And the specter is ancient. In an earlier age, it destroyed nations and empires. It has now set its sight on America. If it has its way, it will mean calamity for our nation. It is the specter of the gods.

Something is Happening to America

What is happening to America? It is a question that can be heard across our land, in every corner of our culture, from the right to the left, from Republicans to Democrats, conservatives to liberals, the religious and the secular. Something is happening. What was once considered to be wrong or evil is now celebrated, and what was once considered to be right and good is now condemned as vilified, even cancelled. Ideas and practices are now taking hold which, in past days, would have been considered madness.

For any culture or civilization that has once known God — such as America — and turns away from God and His ways, the end will be worse than the beginning.

The nation that once prided itself as the city on a hill, a light to the world, the world’s last hope, and a beacon of moral good upon the nations, is now the world’s greatest producer of pornography. It blankets the earth with pornographic images it had once condemned. Other nations now see America as a force of moral corruption to be guarded against. The nation that once saw itself as the upholder of marriage and biblical and Christian values is increasingly waging war against those values to the point of censoring the words “man” and “woman” and instructing its little boys that they may actually be little girls and, in time, surgically altering them. What happened to America?

A Metamorphosis Described as Paganization

As I began my research and preparation needed in writing my latest book, The Return of the Gods, I came upon a mystery from ancient times with a warning that now applies to America — and all of us. It reveals that what America is now undergoing is a metamorphosis that is best described as paganization. And unless America changes its course, the damage will be irreversible and will lead to calamity.

The phenomenon of paganization can be seen everywhere. What we hail as progressive values are, in reality, the pagan values of ancient times. What we celebrate as liberated sexuality is, in reality, pagan sexuality. Our treatment of children, even of the unborn, goes back to the treatment and sacrifices of the ancient pagan world. And what we now deem as our enlightened view of gender is, in actuality, a pagan view of gender that goes back to the rituals and practices of ancient Babylonia. Even the doctrine of “wokeness” that now permeates our culture is, in reality, a reviving of the pagan worldview that there is no one truth, but a diversity of truths, everyone creates their own “authentic truth,” — the idol and god of their own creation.

As I opened up the ancient inscriptions of Sumer, Babylon, Mesopotamia, and the Fertile Crescent, as well as the records of Scripture, I discovered that the phenomenon now transforming America and the West goes even deeper and contains even more fascinating if not more chilling implications. What we are witnessing is not only a matter of paganization but the reviving and unleashing of destructive forces or spirits, that which were viewed as “the gods” in ancient times. They lie behind everything from the destruction of marriage, the explosion in addiction, the altering of gender, and the killing of millions of our most innocent.

A Most Dangerous Juncture

What is happening to America? Something very deep. Where is it taking us? The answer is frightening and calamitous. Two thousand years ago, Western Civilization was cleansed of paganism and such darkness by the advent of the Gospel. But the Scriptures contain a warning. Jesus spoke of a man delivered of spirits who was then repossessed of them. Taken in its largest application, this story carries an ominous warning for America. For any culture or civilization that has once known God — such as America — and turns away from God and His ways, the end will be worse than the beginning. The darkness that was driven out will return to repossess the fallen nation. For such a civilization or nation to turn away from God and the Christian faith is a most dangerous thing. Just look at the Soviet Union and Nazi Germany. The Gospel was a protection. When it was removed, the result was demonic and catastrophic.

But the warning now applies to America. We are at a most dangerous juncture. It is for that reason I knew it was critical and the crucial moment I had to write The Return of the Gods. We have gone from “one nation under God” to “one nation under the gods.” And there now remains only one hope for our nation and for each for us. Without it we are lost…

We must return to God.

Jonathan Cahn is the author of the new book The Return of the Gods (Charisma Media, 2022). He has written many bestsellers, including The Harbinger, The Harbinger II, The Mystery of the Shemitah, The Book of Mysteries, The Paradigm and The Oracle. He leads Hope of the World, an international outreach, and the Jerusalem Center/Beth Israel in Wayne, New Jersey.

America — Weak and Woke — We Need More Prophets, Not Puppets