‘The Future Support for Israel Will Only Come From Those Who Value Scripture. That’s the Only Thing That’s Working’

The Stream recently sat down with Rabbi Adlerstein on the future of the relationship between Israel and America. Here's what he had to say. 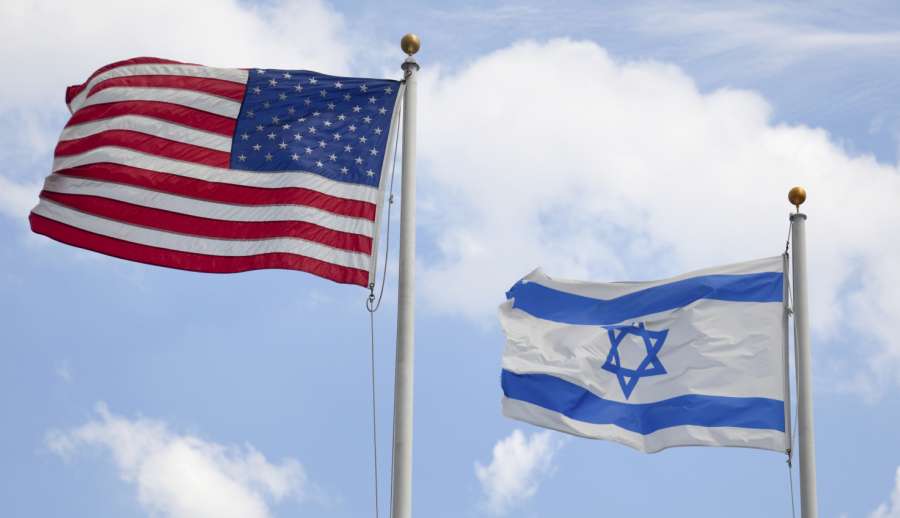 “Israel cannot count on the friendship of the United States built just on values that are subject to change,” Rabbi Yitzchok Adlerstein told The Stream at the Jerusalem Prayer Breakfast Friday, March 25, 2022.

He’s seeing values change among young people today striving for individualism. But the only thing that will keep Jews and Christians working together is a mutual belief in the Word of God. “This is a understanding by Christians of their Jewish roots, of the existence of the Judeo-Christian legacy so much derided by others who are doing so much damage to this country. And it’s a recognition by Jews that people change and that people can change up to 2,000 years.” The breakfast, he said, was “near miraculous” because of the millennia of a rather hostile relationship between Jews and Christians. It provides a reason for hope for the future.

But there’s a catch: “The future support for Israel … will only come from those people who value Scripture. That’s the only thing that’s working.”

America and Israel as Oppressors

He does have concern, however, for the future of Israel because today’s youth are taught that America and Israel are “oppressors.” He continued,

We now have a second generation already of young people [who] have been taught realities that are not true about Israel and have been taught that Israel is a colonialist state conceived as a master state that has no legitimacy. It’s an oppressor. The words hurt even to, to speak them. But that is what a good part of our media convey. And that is the only thing that people are getting on campus. And when that happens and you talk about millions and millions of young people, that means that Israel is going to shrink on the list of important concerns and vanish altogether. And especially when you have people in the progressive wing of the democratic party who are actively pursuing the state of Israel.

The concerns for Israel are warranted because of a rise in anti-Semitism. He’s not so concerned about incidents like the man who took a congregation hostage in Colleyville, Texas. He’s more worried about the anti-Semitism that comes from three places: far right extremists groups, Islamic extremism and the far left who believe that power is satanic. He believes the latter is from the secularization of religion.

They stopped looking for what it means to be oppressed and assumed that oppression comes from power and therefore merely possessing power is evil. Powerlessness is reason for claiming the good and having power, even when you don’t wield it, is seen as sinful in a secular sense. And that’s what people have been taught, including in the United States. That means that Israel is a Satan and America is a Satan. That’s what you find in Iran. The two Satans.

Since the Obergefell Supreme Court decision legalizing same-sex marriage, Christians have become a minority, said Adlerstein. His advice? “Relax, that’s not the end of the world.” Being part of a minority culture can be very good for strengthening our faith because we won’t take things for granted — and we have to work harder to teach faith to the next generation. But Christians can’t read the Bible cursorily. “One of [the Jews’] tools of survival as a cultural minority, what kept us alive, is paying attention to the Torah. “Not only to living it by its rules, but by savoring it, by spending quality time, every day, hours studying God’s Word.”

If you take the Bible seriously, you don’t do a chapter at a time. You look at nuance, you look at the difference between this word and that word and this phrase and that phrase and all kinds of things come out of that. And I believe that that is a necessary tool, not the only tool, but that’s what I do best. I’m a Torah teacher. So I believe that that is something that can add so much more power to captivating people’s minds.

The only answer is the Word of God. “When you read the Bible, there are certain conclusions where things are inescapable about God, about man, about what God expects of man, about laws and mores being eternal and unchangeable in a world that clamors for change every 30 days.” He believes a better world is possible, even with the rise in anti-Semitism, but it can only come in a world where God is taken very seriously.

“I believe the Bible is the only antidote.”