The Fury of Conscience Denied: Alyssa Milano Props Up the Abortion Lie 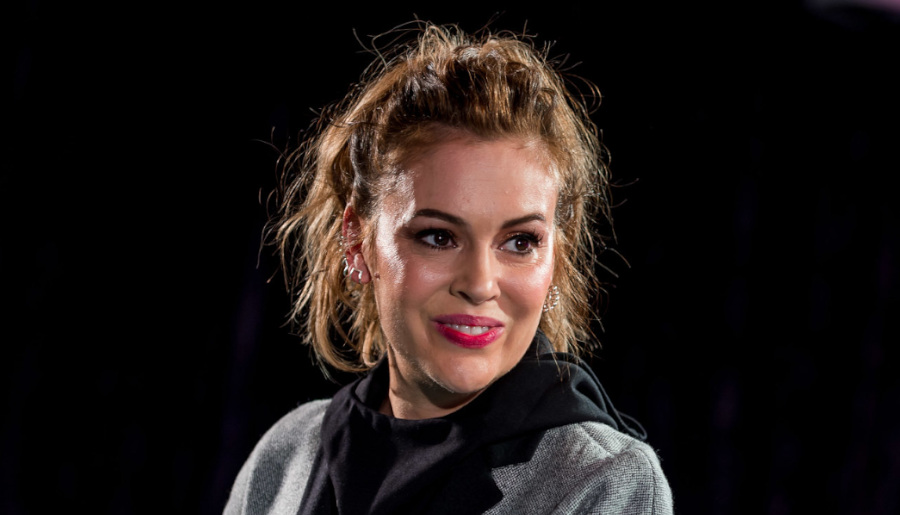 It takes something truly diabolical to convince a woman to say of her own child, “It was right that you should die for my freedom and happiness. It was right that I chose to have you killed. I am better off for it now.”

It destroys consciences along with lives. It distorts and perverts right and wrong so that violence against a defenseless baby is celebrated as a moral good. It literally makes babies the enemy of their mothers and fathers, so that “terminating” them becomes necessary for survival.

This is the sad evidence shown so startlingly in Alyssa Milano’s recent public confession about the two abortions she had in the 1990’s. (Yes, confession. I’ll get to that in a minute.)

Milano explained in her “Sorry Not Sorry” podcast that she had two abortions in her early 20’s, and she says she’s certain it was the right move both times. She protests, “I chose. It was my choice. And it was absolutely the right choice for me.”

Killing for a Good Cause

I would not have my children if I had not killed my children. That is only reasonable to a mind corrupted by abortion.

Her closing argument is a familiar refrain of the pro-abortionists: “I would never had been free to be myself — and that’s what this fight is all about: freedom.”

I must be free to be myself, and that means you must die. You may not have your life or your freedom, because I must have mine. I cannot be myself if you live. Your existence will diminish mine, so it is best for me that you cease to exist.

That is not freedom. That is a twisted lie. To achieve that sort of thinking from the mind and heart of a mother is a diabolical victory supreme.

Conscience is Not Fooled

But I’m not so convinced that Milano is convinced. I think her protest is a desperate confession. I suggested to her via Twitter that she get a copy of What We Can’t Not Know by J. Budziszewski and read it, because her “avenging conscience” is causing her to say irrational things.

I’ve mentioned this book and the avenging conscience before, but it merits repeated mention. Professor Budziszewski describes how the conscience works, and what happens when it is denied.

He speaks of the two typical modes of the conscience: the cautionary, which alerts us to the danger of a moral wrong and prompts us against committing that wrong; and the accusatory, which “indicts us for wrong we have already done.” Usually, the conscience does this through remorse. Yet even if a person feels no remorse, “guilty knowledge generates objective needs for confession, atonement, reconciliation, and justification.”

These are the “five Furies” of the conscience, and when we do not own up to our wrongdoing, conscience operates in a more dreadful mode: “the avenger, which punishes the soul who does wrong but refuses to read the indictment.”

An Impossible Price to Pay

When there is no acknowledgment of wrongdoing, no confession, no atonement, no attempt to make things right and pay our debt, no reconciliation, and no move to return to what is right, then the Furies are “denied their payment.”

They won’t be silenced, however. Payment will be exacted somehow, and so the wrongdoer’s life becomes ever more incoherent. “We flee not from wrong, but from thinking about it. We compulsively confess every detail of our story, except the moral…we seek not to become just, but to justify ourselves.”

Budziszewski writes that abortion “is both the chief means by which our own society is losing moral sanity and the greatest symptom of its loss.” Legal abortion-on-demand has corrupted our nation, and we are surrounded by women and men with avenging consciences exacting a hideous reckoning.

You Can’t Pay. Confess, Repent, and Be Forgiven

Alyssa Milano knows that two of her children are missing from her life and this world because she decided to end their lives. That is a terrible burden to live with.

But Alyssa, if you’re reading this, there is mercy and peace for you and every woman* who has had an abortion. You can be forgiven, and you can find healing. Abortion has not been your freedom or your salvation. It has not given you a wonderful life. Abortion is a thief of life and of joy. Make a sincere and full confession today, receive absolution, and stop promoting this wicked practice in our country. The good people at Project Rachel or Rachel’s Vineyard can help.

*If you’re a post-abortive woman reading this and need help, please contact one of the organizations above. They are ready to help you heal. You don’t have to prop up the abortion lie any longer.

I Had an Abortion. Here’s the Message I Want to Share With Other Women.