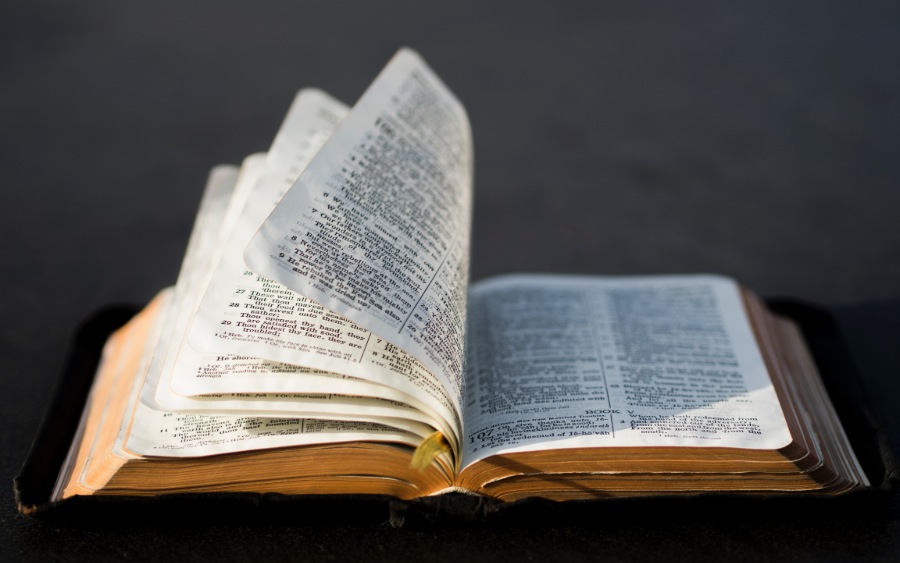 Last weekend I wrote on “Why Did God Make the Bible So Hard to Understand?” Now I need to show the other side of the coin: The Bible isn’t hard to understand at all. Not where it matters most, anyway.

As Nick Stuart pointed out in a comment on that post, the Westminster Confession said it well:

All things in Scripture are not alike plain in themselves, nor alike clear unto all: yet those things which are necessary to be known, believed, and observed for salvation are so clearly propounded, and opened in some place of Scripture or other, that not only the learned, but the unlearned, in a due use of the ordinary means, may attain unto a sufficient understanding of them.

In other words, some of the Bible is easier to understand, some harder. On the main points, though, God didn’t leave anyone out. There’s enough “easier” information there that anyone can grasp what they need to know, believe, and do for salvation.

The Clear Basics in the Bible

Take the biggest question of all: Who is God? There’s nothing hard to see there. He is the Creator. He is one God and only one, a God of love, holiness, and justice, who created us for relationship with Him.

What about humans? That’s plain enough, too. God loves us and holds us as infinitely valuable. But we’ve failed to live up to our side of our relationship with Him, and that’s brought deathly consequences on us.

There are treasures at every level. All it takes is the unwrapping.

But the Bible speaks more than clearly enough on Jesus Christ, too, who died and rose again to save us from our sinful rebellion against God. He’s opened the door to eternal through faith in Him.

So yes, the Bible gives us the most important basics in clear and understandable language. Which is really quite surprising, if you think about it. Why would a book written so long ago, and so far away (at least culturally) still make so much sense to so many of us?

Why This Book After All These Years?

Or as skeptics have often asked me, “With all the recent advances in knowledge, why would you still rely on a 2,000-year-old ‘holy book’ to tell you how to live?”

They usually intend it as mockery; you can almost feel the sarcasm drip off the page with the words “holy book.” To them it’s a nonsense text. But it’s actually not such a bad question, except I’d phrase it this way: How is it that such an old text is still so readable and so useful? Why does it connect so well with billions of people in every part of the world? How does it still communicate so well to so many, so many centuries after it was written?

There must be a hundred ways to answer that. I’ll stick with just a few.

The Beauty of the Bible’s Stories

First, God loved revealing Himself through stories — stories that last. From Noah’s Ark through Paul’s shipwreck, God has shown Himself by what He has done in and through His people. Like all great stories, those that are in the Bible connect with people’s hearts no matter who or where they are.

And has anyone ever taught more effectively with stories than Jesus did in His parables? Again, his messages were so simple, yet so deep, with layers of truth, there to teach anyone who would look for learning at any level.

The greatest story of all is found in the life, death, and resurrection of Jesus Christ. And again, it communicates partly because it’s a story — a true one, yet still it’s story. Though it happened at just one time and in just one place, it still connects today, around the globe, because of the greatness of the story, and because of the Man Jesus Christ at the heart of it.

Take the Ten Commandments, for example. What could be clearer? And what could be more timeless? Does “You shall have no other gods before Me” need explanation? Sure, if you’re unclear on who this “Me: is (the God of the Bible) or what “other gods” might look like in your life. Get that much figured out, though, and you’ve got the lesson.

Or how complicated is, “You shall not murder” or “You shall not commit adultery”? I could even explain that last one to my kids when they were pre-schoolers. I just said, “That means it would be wrong for me to treat another woman besides your mom as if she were my wife.” Obviously that’s just one layer of its meaning, but that’s the core of it. And even at that young age my kids could tell it was right and good.

The Ring of Truth

And third, notwithstanding the skeptics’ scoffing, the Bible still carries the ring of truth. Its story of God and humanity explains who we are, where we came from, and even our basic problems in life, like nothing else ever has. Ever wonder why things seem so wrong? The Bible explains how, from the beginning, they were meant to be better.

Ever wonder if there’s a way to solve our basic problems? There’s an answer there, too. Not to mention the age-old question of where the world — and we humans — came from in the first place.

And all that is on top of the historical evidence for the Bible’s claim that it actually came to us as God’s own Word.

So it makes sense that the Bible would be understandable in so many ways. And yet I find something mysterious about it, too. For somehow the Bible’s simplest stories have the deepest layers of meaning.

How hard is it to understand the Good Samaritan, for example, or the Prodigal Son? All you need is the stories and a little information on their context, and you’ve got them. They’re so simple they should wear out after a telling or two. Yet there’s always something more there. Something strangely applicable to my life today, maybe, or another layer of meaning I’d never seen in them before.

All it takes is some context, and you’ve got them — but I’m pretty sure it’ll take longer than the rest of my life to really get them.

And this is part of the Bible’s uniqueness. Its message comes in multiple layers, all gift-wrapped like a box containing multiple wrapped boxes inside. But these boxes are different. The treasures don’t just show up when you’ve unwrapped each one, all the way to the inside.

There are treasures at every level. All it takes is the unwrapping.