America’s unique feast of Thanksgiving is a bedrock of our culture that reminds us that proper patriotism is rooted in humble gratitude. 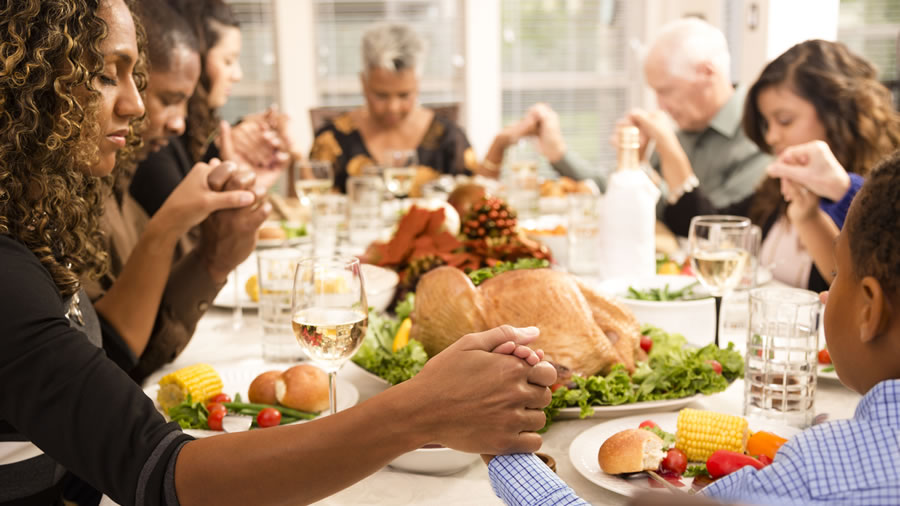 By Dwight Longenecker Published on November 28, 2019 •

I have to admit I’ve always had a problem with patriotism. I’m not a joiner. If there’s a bandwagon I won’t jump on it. If there’s a crowd I’ll head the other way. If there’s a club, a political party or a sports team I’m always on the outside looking in.

Maybe that’s why I’m suspicious of patriotism. I know it is a virtue to love your country, but when I was in college I remember seeing a bumper sticker that read, “America — Love It or Leave It”.

I went to study in England and stayed there. For twenty five years I lived in “the damp lands” and I thought I’d never return to my native USA. Why did I leave? It wasn’t so much that I didn’t love America, but that I loved myself more. I was a snob. I went to study in Oxford and wanted to be English.

But there was more to it than that. I felt uncomfortable about a kind of patriotism in America that seemed to be unthinking and ignorant. I’d traveled a bit and realized that the world was bigger than the red, white and blue USA that was projected to our citizens. Too much of it felt jingoistic and overconfident.

I couldn’t buy into it, and felt more at home in England — far away from the USA.

The wrong kind of patriotism is a powerful weapon used by tyrants, dictators, fascists and communists.

Proper patriotism is rooted in gratitude.

The proper patriot is humbled to belong to a great country with an amazing foundation and history. Proper patriotism is rooted in gratitude. To the ancestors who made great sacrifices to establish the country. To the soldiers who fought to defend the country. To the educators and mentors who worked to nurture the country. To the ordinary men and women who gave up everything to emigrate to this country. And to the hard working citizens who build and maintain the country through businesses and service.

Proper patriotism is proud of country, but from the grass roots up. America’s greatness is not in the displays of military might or financial wealth. Proper patriotism is not first and best expressed in fireworks and flag waving. It is best expressed at the local level — at the high school kid singing the Star Spangled Banner at the football game, the Pledge of Allegiance at the start of the school day, the prayers in church on Veterans Day, the Fourth of July cook out and the Memorial Day Parade down main street.

Love of Family, Love of Faith and Love of Country

Norman Rockwell’s famous painting of Thanksgiving Day says it all. True and proper patriotism is expressed in the family around the table with the turkey and all the trimmings. There love of family, love of faith and love of country come together in a feast of gratitude to God.

There’s the real key to proper patriotism. It is not primarily in displays of national fervor, but it the awareness that America is only great because it is good and it is only good when it honors God. When a nation ceases to honor God with gratitude it will soon cease to be good and then cease to be great.

As a Catholic Christian I am always reminded at Thanksgiving that the Mass — our main act of worship — is also called “The Eucharist” which is the Greek word for “thanksgiving.” In that act of worship we give thanks for the salvation of the world by the death and resurrection of Our Lord Jesus Christ, and in that act of thanksgiving we offer thanks for all the abundant blessings we have received within the love of family, faith and country.