The Fallacy of a Following 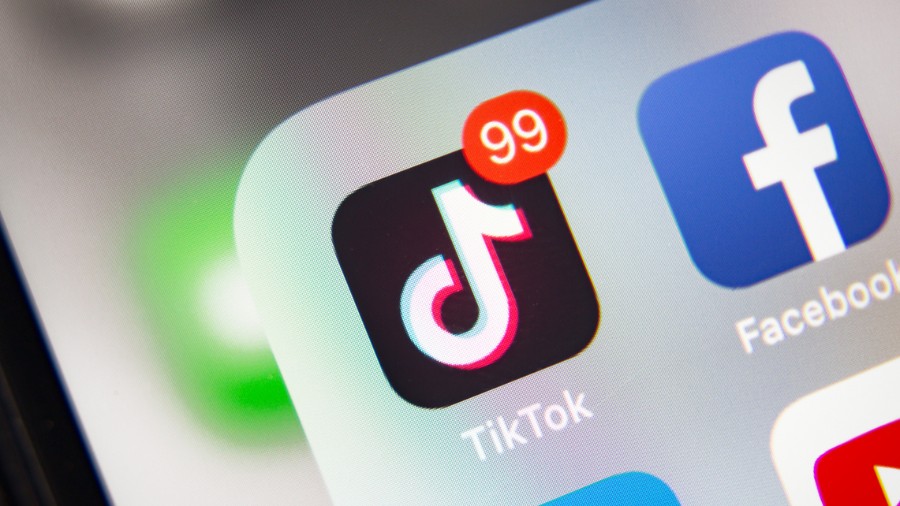 To be or not to be, that is the question — and what does “being” even mean these days without others following our lives and us following theirs through online platforms?

I’d be curious as to whether Shakespeare would tweak his famous quote to reflect our modern-day, interactive struggle with social media. In the Digital Age, definitions of “follower and followed” have taken on completely new implications from traditional norms.

Whether it be Facebook, Instagram, TikTok, or other popular sites, racking up “followers” has emerged as the new gold standard of social currency. It’s become synonymous with popularity, equal to cultural influence and the stamp of personal validation.

It’s a sort of social measuring tape, sizing us up and pitting us against elusive standards attained only by celebrities and uber-influencers. Unchecked, the fallout of not attaining a certain digital status is negatively rewiring our very concepts of self-worth and identity, especially among young females.

Additionally, a very recent study of Italian adolescents found that “as adolescents become more popular on Instagram (i.e. as their followers count increases), it also increases the risk that they might develop a behavior addiction to Instagram use … which in turn may have a negative impact on their psychological well-being.”

Modern Idolatry at Its Finest

At the heart of our society’s fascination with followings is a simple two-part question being answered with every log-in: Who do we deem worthy of our time and engagement and who deems us worthy of theirs? Likes, comments, and shares from content we generate begin to feed something deep inside us, making us feel relevant, powerful and heard. But at the end of the day, the very engagement we crave proves itself a cheap and shallow substitute for the way life was meant to be lived.

Our screen time tells us that we’re preoccupied with conforming to and emulating generated images (being a follower) and generating images to conform to (being followed). And only we know if we’re giving the same amount of time each day to being conformed to the image of Christ Jesus.

We’ve become a society obsessed with its own status, but careless for its own good. Desperate to connect with others, we’ve taken what should have been a place for our shared human experience and turned it into a battleground for relevance, gauging ourselves through who we follow or who is following us. The absolute truth is we are no more valuable to God if we have three million followers or just three. This truth confronts our craving for more and the fallacy of a following is exposed.

While growing our digital following can deliver short-lived dopamine hits that make us feel like a “somebody,” it can never sustain us through the crash of anxiety, depression and inadequacy that happens as we try to live up to an impossible online image. Man-made image worship in whatever form it takes is idol worship in the eyes of God.

In his book The Crucified Life, A.W. Tozer (a Christian theologian who died in 1963) writes, “The desire of wanting to get a following, to be well-known is not for those living the crucified life. Those who walk and live the crucified life have no desire for these things and are willing to lose their reputations if they must in order to get on with God and go on to perfection.” While Tozer was addressing his contemporaries for growing ministries for selfish gain, his words not only ring true, but cut deep into our present-day motives for growing a following on social media as well.

Similarly, in Matthew 19, Jesus addresses and speaks about “being perfect” with the Rich Young Ruler, a man who seemed to have everything and do everything right. Still something was missing, and the young man knew it. He asked Jesus, “What do I still lack?” Ironically, the one thing he lacked was the one thing he held onto. It’s where he rooted his identity, where he found his wealth. Letting go of it is what Jesus required to truly and authentically follow Him.

Jesus said, “If you would be perfect, go, sell what you possess and give to the poor, and you will have treasure in heaven; and come, follow me” (Matthew 19:21). Does the thought of giving up your following on social media make you sorrowful, just as the thought of giving up his possessions did to the rich, young ruler? Could it be that that “your following” stands in the way of truly following Christ as the one, true measure by which you are defined?

John the Baptist passed this test. He had followers, and yet remained uncompromised by the temptation to take those followers for himself. He was, as Tozer explained, living the crucified life — with no desire for being well-known and ready to lose his reputation for the glory of Christ. When the time came, he said without hesitation, “He must increase, but I must decrease” (John 3:30).

The backstory of that statement was that John the Baptist was losing followers to Jesus. His disciples said, “Look, he is baptizing, and all are going to him” (John 3:26). He replied, “This joy of mine is now complete” (John 3:29). He was unfettered, free from the fallacy of a following. That freedom allowed him to operate in total obedience to the call of God upon his life, without regard to worrying about what anybody thought.

Like Paul the Apostle, John considered whatever he had gained (including his followers) as loss for the sake of Christ (Philippians 3:7). He was far more aware, not of his own worth, but of the surpassing worth of the One whose sandal strap “I am not worthy to untie” (John 1:27).

Jesus’ call of discipleship is same for each one of us. And if gaining followers keeps us from gaining Christ Jesus, which would we choose? Are we more consumed with what we are worth to others than what Jesus is worth to us? Let it not be so. May we all become so relentlessly focused on following Jesus that we forget to see if anyone is following us.