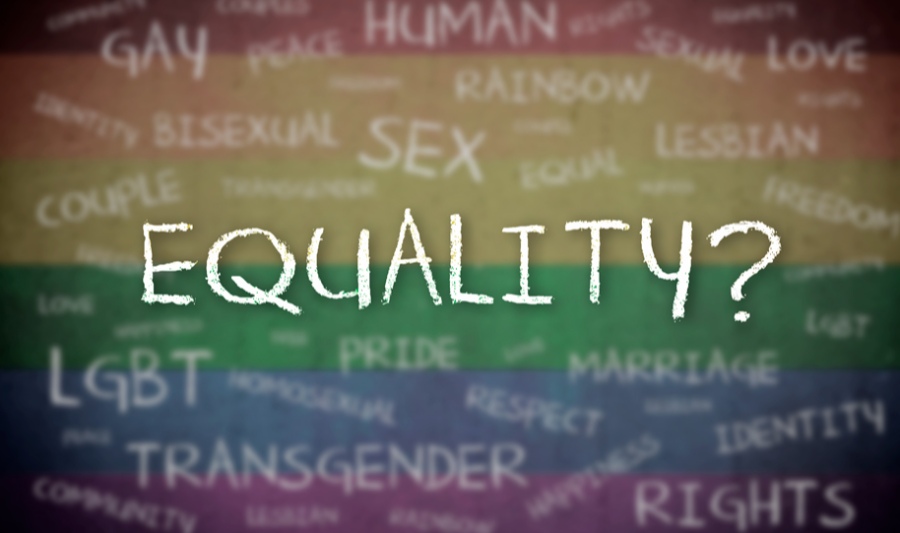 HR 5, a bill its supporters have nicknamed the “Equality Act,” will soon be before the Senate. If passed in its current form, it will amend the 1964 Civil Rights Act to include a new class of rights based on sexual orientation and gender identity. HR 5 is being promoted as the remedy to discrimination against LGBTQ persons.

But rather than ending discrimination, HR 5 amplifies it in a way that threatens religious freedom, women and minorities.

The net effect of HR 5 would be to gut the Civil Rights Act of 1964 so that it no longer protects those it was designed to protect. In the process, it sanctions government attacks against religious freedom and unleashes cultural conflict and the threat of litigation that could prevent religious organizations from carrying out youth work, education, and charity.

No one wants to be against equality. HR 5’s sponsors understand this. That’s why they insist that adding sexual orientation and gender identity to civil rights law is no big deal and just a natural extension of civil rights law.

To understand why we should be alarmed, we need to review how civil rights works in America.

The Civil Rights Act of 1964 sought to address discrimination based on race, national origin, religion and sex.

Discrimination is not a feeling. It occurs when a person can demonstrate that (1) they are part of a clearly-defined group that has historically been denied voting rights, housing, educational opportunity, service, travel, or employment, and that (2) they have been personally harmed in one of these ways.

LGBTQ persons do not generally fit the mold of those who have objectively experienced discrimination based on denial of educational opportunity, travel restrictions, income levels, and so forth. The 2020 census showed that same-sex couples have a much higher income than opposite-sex households, for example. Some people who identify as LGBTQ do claim levels of discrimination, though such claims are far lower than other groups identified in civil rights law — 25% of blacks have claimed unfair treatment by an employer in the last year, whereas 5% of LGBTQ persons claim such unfair treatment.

And despite the rhetoric of LGBTQ activists, there is a great deal of ambivalence in the LGBTQ community about whether it is desirable to be “out” in the workplace. The attitude of many is that they do not need their co-workers to affirm their lifestyle. They would rather the quality of their work speak for itself. Nonetheless, the sponsors of HR 5 believe it is time for the federal government to intervene.

Protections Based on Sexual Identity

The problem is that the HR 5 intervention plan is a catastrophe. It’s fairly easy to tell whether someone is of a certain race, national origin, religion, or sex. Religious people can demonstrate discrimination by showing, for example, that they have been denied reasonable accommodation to participate in religious services. A woman who has been discriminated against in the workplace can make a claim because we know what a woman is — there are more than 6,000 biological differences between males and females. But how is discrimination based on sexual identity to be handled?

The postmodern professor Stanley Fish says in his book on the First Amendment, “You are entitled to your own facts if you can make your version of them stick.” The sponsors of HR 5 take his manifestly false dictum to heart.

HR 5 seeks to extend existing civil rights protections based on sexual orientation and gender identity without bothering to clearly define what these distinctions mean. The effect is that HR 5 moves from rights based in the redress of historically and objectively verifiable harms to an entirely new theory of law based on self-perception. It redefines rights to be based on, as HR 5 words it, “perception or belief, even if inaccurate” rather than objective reality.

A Matter of Self-Perception

The main way HR 5 does this is by loosely defining — very loosely — what the terms “sexual orientation” and “gender identity” mean. For instance, according to the act, “The term ‘gender identity’ means the gender-related identity, appearance, mannerism, or other gender-related characteristics of an individual, regardless of the individual’s designated sex at birth.” Critics of HR 5 point out, rightly in my view, that these are stereotypes and matters of self-perception, rather than objective realities.

Currently, up to 0.7 percent of the population suffers from gender dysphoria, a disorder in which they do not sense an affiliation with their birth sex. People with gender dysphoria are often referred to as “transexual” or “non-binary.” In its pursuit of a new legal philosophy based on sexual orientation and gender identity, HR 5 rejects the idea that “sex” refers to male and female and bases it instead on “sex stereotype” and “sex characteristics, including intersex traits.” In so doing, HR 5 doesn’t break down unfair stereotypes — it codifies them into law.

How can HR 5 proponents not see this? Because our culture, including recent court cases, have changed what it means to be a person to be based on sexual identity rather than on immutable, objective characteristics. This dangerous precedent is about to become law, and will have far-reaching and damaging repercussions to our culture and our religious freedoms that we have not even begun to fully fathom.