What I learned from Roger Scruton and KT Tunstall 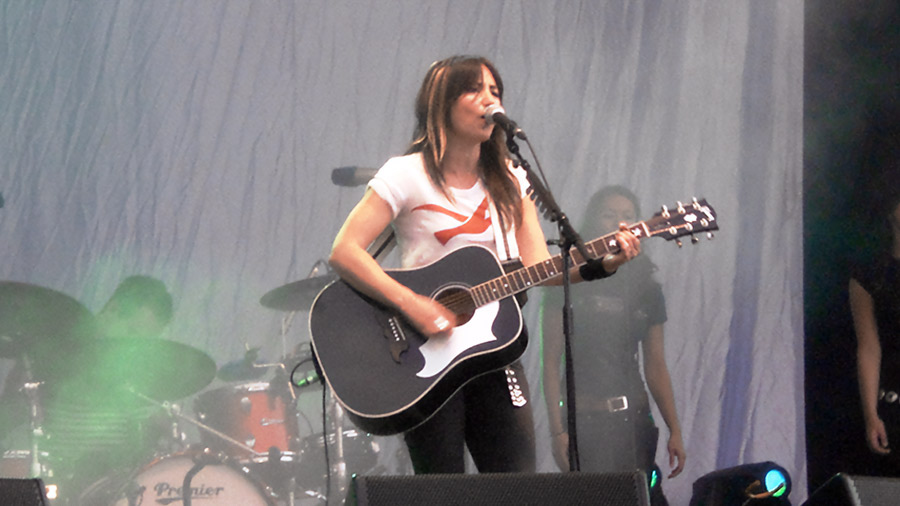 KT Tunstall performing at the Isle of Wight Festival 2008.

The words, featured on the cover of a book, were arresting: “The main point, it seems to me, is to maintain a life of active risk and affection, remembering alway that the value of life does not consist of its length but of its depth.”

“Active risk and affection.” Those four words were a rebuttal to the masked-up, paranoid, isolated and horrible existence we have been living for the last two years. The author was actually telling us to take risks and be affectionate towards the people we love. It was like tossing pie in the face of Anthony Fauci.

The quote comes from Roger Scruton, the great British philosopher who died in 2020. Scruton was the author of many great books. After he passed away Confessions of a Heretic, a collection essays, was published. By “heretic,” Scruton meant conservative. He had been all but banished from academia and the media because he rejected the Stasi left.

We’re Coming Out of the Cold

Scruton’s words offer a long-awaited way back from the nightmare of the last two years. People may actually get back to the idea, which was common up until very recent history, that a life of fear and trembling is no life at all. It’s better to die at twenty having had a few loves and a few beers than live for a hundred years inside a bubble. As Scruton notes:

It was … perfectly coherent of the ancient Greeks, of the Japanese, of the Romans, of the Anglo-Saxons and of other such warrior people to believe that death is to be preferred to a shameful survival – so that, for example, battle can present you with a situation in which it is right to die.

The other and evermore obvious example is the life of Jesus, who had affection for everyone He met. He waged the ultimate battle for all of us, a battle that ended His life early. Of course, by losing it He gained everything.

Remember Music? Or Crowds? Or Life?

It might seem like an awkward segue, but to me there is a correction between Scruton’s wisdom and the music of KT Tunstall. Tunstall is a brilliant Scottish singer and songwriter. Just as I was hitting the end of my tolerance for COVID totalitarianism, I noticed that Tunstall was playing at one of my favorite old venues in Virginia.

My heart jumped at the news. If her past live shows are any indication, singer-songwriter-guitarist Tunstall will offer something intelligent, poetic, effervescent, joyful and funny, Ms. Tunstall, 46, is probably best known for her giant hit “Suddenly I See,” the theme song to the 2006 film The Devil Wears Prada. The song currently has over 24 million views on YouTube. Her other songs are fantastic, and she has maintained an astonishing quality over almost twenty years.

Going to see KT Tunstall live made me feel the thrill of those two things Scruton mentioned: active risk and affection. COVID panic-mongering attempted to take all the risk out of life. Going to a concert to cut loose with other revelers was unthinkable. Ironically, the caution about doing anything risky made all of us feel more paranoid and unsafe. It’s no surprise that the World Health Organization just reported that anxiety and depression related to COVID lockdowns has increased by twenty-five percent.

We Love Our Minstrels

The second part of Scruton’s equation is affection. As Kalefa Sanneh notes in his terrific book Major Labels: A History of Popular Music in Seven Genres, more than novels, movies or painting, music is an art form for which human souls develop deep affection. We play our favorite songs over and over again. We adore our musicians. They become like trusted friends. As Lauren Daigle sings so simply and powerfully, “I believe what you say to me.”

As someone with a lifelong passion for all kinds of music — I even worked in a record store in the 1980s — part of what always made life exhilarating and joyful was the “active risk and affection” of going to see live music. Back in the punk and New Wave days of the 1980s in Washington, live music was a sweaty and miraculous engagement with life, both primitive and ethereal at the same time. At some of the wilder gigs there was often genuine risk — from drugs, from rowdies, from flying guitars, from, well, life.

An ironic addendum to the story: KT Tunstall is the musical entertainment at this year’s White House Correspondents’ Association dinner. The once annual event will take place this year on April 2022, the first one held since 2019. How could COVID not have wiped out this ridiculous tradition? Margaret Sullivan of the Washington Post summed up the feeling about it in a 2018 column:

It never has been a particularly good idea for journalists to don their fanciest clothes and cozy up to the people they cover, alongside Hollywood celebrities who have ventured to wonky Washington to join the fun. But in the current era, it’s become close to suicidal for the press’s credibility … . President Trump constantly pounds the news media as a bunch of out-of-touch elites who don’t represent the interests of real Americans. The annual dinner — or at least the optics of the dinner — seems to back him up.

Like a vampire, the press corps just refuses to die, even long after their hearts have turned black.

This year’s theme song should be KT Tunstall’s “The Entertainer.”

With your wasted heart

Try to believe that there’s

Something to stay for

But there’s always before and after