The Drumbeat of Snake News

The media needs a temporary grounding ... and a time of prayer. 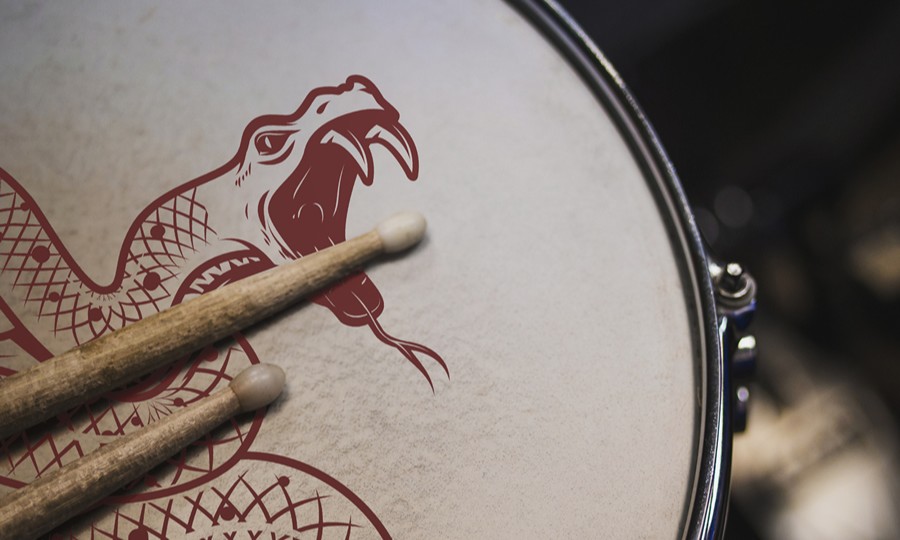 Snake News: The deliberate distortion, manipulation or creation of information in order to damage, demonize or destroy.

Several Catholic teens from Kentucky are facing death threats and may well have had their lives ruined this weekend because of yet another example of Snake News. You know them by the viral hashtag #CovingtonBoys.

Their time in the Nation’s Capital started with a glorious March for Life and ended with them being dragged through the mud by the media and commentators of all stripes. Then they got tossed under their own bus by their school administrators and even church officials. They’re not just facing a long ride home. They face expulsion and threats of death.

Why? Because a progressive political activist sent out a selective video clip of an interaction he had with the teens, many in MAGA hats. The clip went viral, with the kids condemned as racists of the worst kind. And yet, as the full video emerged, the narrative that nailed these teens to the public cross turned out to be fake.

Like “Hands Up Don’t Shoot” was fake. Like “Muslim Girl Attacked By Men in MAGA Hats” was fake. But even worse than fake. This weekend’s story, like these and so many before, was designed to injure.

Wounds to the flesh and spirit as deep as any knife.

A method of attack that goes back to the Garden.

Keep watch today. You’ll see how many who rushed to judgement will issue a sorry version of “I’m sorry.” As in, “I’m sorry, BUT … ”

“But, the kids were a bit obnoxious.” “But, they are white kids, and thus enjoy so much white privilege we shouldn’t be too sorry.” “But, some were wearing MAGA hats, which, of course, means by definition they’re racists.” “But they are pro-life Catholics, meaning, they, by definition hate women.” But … But … But …

The serpent’s whisper is hard to get out of the head.

At least CNN’s S.E. Cupp is being straight forward in her mea culpa.

Hey guys. Seeing all the additional videos now, and I 100% regret reacting too quickly to the Covington story. I wish I’d had the fuller picture before weighing in, and I’m truly sorry.

I wonder if Cupp will see the endemic problem underlying all this. Just last Friday, her network, the other mainstream news outlets and Twitterville, too, were going hog-wild over the BuzzFeed claim “Trump Ordered Lawyer Michael Cohen to Lie to Congress.” They had Trump all impeached and packed up for Mar-a-Lago. Except the story was false. Robert Mueller’s Special Counsel’s office itself made the unprecedented move to say so publicly.

And yes, the Covington Boys story is an anti-Trump story. Do you really believe Phillips — once caught drumming outside a Trump International Hotel — would have targeted those kids if they’d been wearing souvenirs from the Smithsonian? Would the media and Twitter have gone bats had the kids been wearing Marvel hats?

For that matter, how would it have been covered had a rabbi blown a shofar in the face of teens at the Women’s March — a march led by virulent anti-Semites? The rabbi would have been accused of assaulting young women.

Of course, these are only the latest stories to go down in flames.

What happens when a particular military aircraft has two crashes in a short period of time? The Pentagon grounds the planes and orders a fleet wide inspection. The media ought to get the message. They’ve had high-flying anti-Trump stories crashing and burning literally since the hour he took office. (Remember the Inauguration Day story, “Trump removes MLK Bust from Oval Office”?)

Just the basics — until they can take a good, long, thorough, honest, forensic look at their coverage.

Fully 90 percent of major media Trump coverage in 2018 was negative. In a country with so much positive going on, that is psychosis. At this very moment, Sarah Sanders is being attacked for saying Martin Luther King “gave his life” to right the wrong of racial inequality. There’s no better word for that kind of behavior than “deranged.”

However, I am specifically talking about the flat-out false and maliciously presented coverage.

How many “bombshells” have turned out bogus?

How many incidents laid at the feet of Trump and his supporters have turned out to be hoaxes?

How many non-incidents have been spun as racist, sexist, homophobic, xenophobic or any number of -ists or -phobics?

How can a Democratic congressman, in the wake of Friday’s alleged incident, suggest teenagers be banned from wearing MAGA hats — and not have every “legitimate” news organization in America immediately question his fitness for office?

How many lives have to be ruined?

Let’s go back to Friday’s incident. Read what Covington Catholic High School junior Nick Sandmann, the teen vilified for standing and smiling at Native American activist Nathan Phillips, had to say in his statement released Monday.

The protester everyone has seen in the video began playing his drum as he waded into the crowd, which parted for him. … He locked eyes with me and approached me, coming within inches of my face. He played his drum the entire time he was in my face.

I never interacted with this protester. I did not speak to him. I did not make any hand gestures or other aggressive moves. To be honest, I was startled and confused as to why he had approached me. [Here’s a hint, Nick. You were wearing a MAGA hat.] We had already been yelled at by another group of protesters, and when the second group approached I was worried that a situation was getting out of control where adults were attempting to provoke teenagers.

I believed that by remaining motionless and calm, I was helping to diffuse the situation. I realized everyone had cameras and that perhaps a group of adults was trying to provoke a group of teenagers into a larger conflict.

Political agitators are trained in the methods of Saul Alinsky. One tactic in particular involves approaching a target and getting very, very close, and being either verbally abusive or physically taunting, or else in some other manner becoming unnerving and confrontational. Like say, bang a drum in their face.

The goal is to provoke the target into responding, a response that is then used against the target for political gain. Think of the Hillary Clinton campaign organizers paid to provoke fights at Trump rallies so she and her media conspirators could paint Trump supporters as “violent.” Sandmann did not respond. Yet with careful editing and media dogs ready to lap up anything that looked like blood, the targeting was successful. At least for a while.

Would you have stood so calm in the face of such tormenting at his age? Young Nick shows us how: “I said a silent prayer that the situation would not get out of hand.”

God answered his prayer, and for that we can be thankful. The situation did not deteriorate. The adults didn’t get their violence. The mob is stepping away from the gates, many in the media are laying down their stones. The truth is being revealed. And it shall set us free.

The serpent, in the face of prayer, is forced to slither back into his hole.

Perhaps when considering their stories, their commentaries, their hourly knee-jerk condemnations — the daily dishes of the Tempter, the dictates of the Ruler of the Air — those who again fell for his tricks can say a silent prayer. “The situation has gotten out of hand. Our own situation, that is. No more drumming the Snake News.”

North Korea, America, and the Media: How Different Are We?