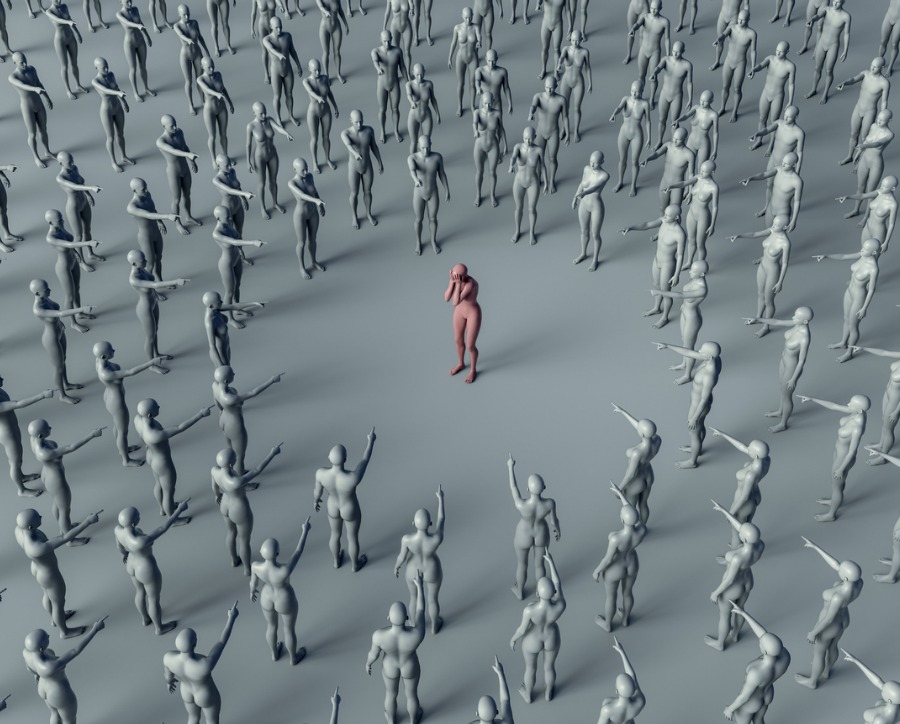 For all the bloated talk of the dangers of white supremacists, we need to talk about an even greater threat to our lives, our freedom and our nation. The rise of “Woke Supremacists.”

Like their ideological cousins, radical jihadists, Woke Supremacists have training camps, where they equip and educate their armies for combat. We used to call them universities. We also call them Hollywood sets.

Take Eric McCormack and Debra Messing of Will & Grace fame. They are Woke Supremacists.

President Trump is attending a Beverly Hills fundraiser this month. McCormack, playing the role of Sen. Joseph McCarthy demands to know the list of those attending, so they can be blacklisted. So they can be ruined. Purged. “Kindly report on everyone attending this event, so the rest of us can be clear about who we don’t wanna work with.”

Hey, @THR, kindly report on everyone attending this event, so the rest of us can be clear about who we don’t wanna work with. Thx. https://t.co/7W3xPG3bI2

Co-star Debra Messing may play a character named Grace, but she’s lost all hint of that virtue. Messing echoed her co-star. “Please print a list of all attendees,” she said, “The public has a right to know.”

Please print a list of all attendees please. The public has a right to know. https://t.co/YV4UoxrPHI

She chairs the Hollywood Committee on Unwoken Activities. And history asks her, “Have you no sense of decency?” The answer is no. You see, she is a Woke Supremacist. Their “cruelty and recklessness” knows no bounds.

But at least let’s thank these two Woke Supremacists for saying out loud what has been the whispered rule for years in Hollywood. If you are known to be a Republican, you will be blacklisted. You will be shut down. The late great actor Ron Silver found that out. Long a Democratic activist, he came out for George W. Bush in 2004. His phone stopped ringing. Ask Antonio Sabato, Jr. When he spoke at the 2016 Republican Convention, suddenly offers that were on the table disappeared. Directors officially told his agent they would never again ever even consider him for a role.

No Tolerance, No Forgiveness

Ask my wife, formerly a character actress in L.A. For years, she kept her political beliefs quiet in Hollywood lest her views become known. She wouldn’t even let me post a picture of us at Glenn Beck’s 50th birthday party for fear it would be spotted by her Hollywood Facebook followers. On sets, she kept her mouth shut during the inevitable political discussions and conservative-bashing rants. She knew one errant word would get her fired and would mean the end of her career.

Am I exaggerating? No. Two years ago she crossed the Woke Supremacist line by sharing with her agent and supposed longtime friend my visit to see Trump at Liberty University. After the agent made some caustic remark, Rusty said, “I kept quiet for eight years as you raved about Obama. You can’t handle eight seconds of me sharing some exciting news about my husband?” That was that. Within half an hour, this agent, who has connections all over Hollywood posted on Facebook a vicious rant blasting my wife for her political views, labeling her as a nut-job. Only way she can work in L.A. now is if she does herself up as an illegal immigrant.

Woke Supremacists in Hollywood are masters at distorting reality. Widely-accused pedophiles and rapists they’ll work with all day long. (See Bryan Singer, Roman Polanski, Harvey Weinstein, for starters.) Woke Supremacists will protest to protect sex traffickers and MS-13 gangbangers. But someone who happens not to be as “Woke” as them? There is only the figurative noose.

Which gets us to race. White supremacists focus on race. So do Woke Supremacists. They are obsessed with it in fact.  Our same Debra Messing retweeted this, with a big “thank you”:  “A black vote for Trump is mental illness.”

Pity the poor African-American who leaves the Woke Supremacist’s plantation.

Some Recent Moments of Woke Supremacy

The Woke Supremacists in the entertainment world have been particularly busy in recent weeks. So busy, even “woke” people are getting targeted now.

ABC is woke. They fired Roseanne for an Ambien-soaked tweet for which she’d immediately apologized. (Her real crime? Being a Trump supporter.) But Woke Supremacists still pounced when ABC signed up former Trump press secretary Sean Spicer for Dancing With the Stars. Count show host Tom Bergeron and CNN’s Brian Stelter as Woke Supremacists.

You’d think rapper and mogul Jay-Z was woke. He’s got Obama on speed dial. Oh, no. Not pure enough. The Woke Supremacists are hounding him because he signed a deal to help the NFL. The NFL tries hard to be woke. But NFL still is refusing to sign a washed up quarterback and Woke Supremacist Colin Kaepernick to a contract he thinks himself worthy of.

Woke Supremacists lack a memory span. They forget it’s Kaepernick who walked away from the San Francisco 49ers. And rejected an offer from the Denver Broncos. And would have been offered a deal by the Baltimore Ravens, but then his girlfriend ripped Ravens legend Ray Rice for not being Woke enough for her tastes. Woke Supremacists don’t let facts get in the way of the mission.

Nothing will ever be enough. Theirs is a hunger which can never, never be sated.