The Crucial Missing Piece In Our Witness for Christ Today

Can one man really do all we say Jesus does? Could He really be all we say He is? 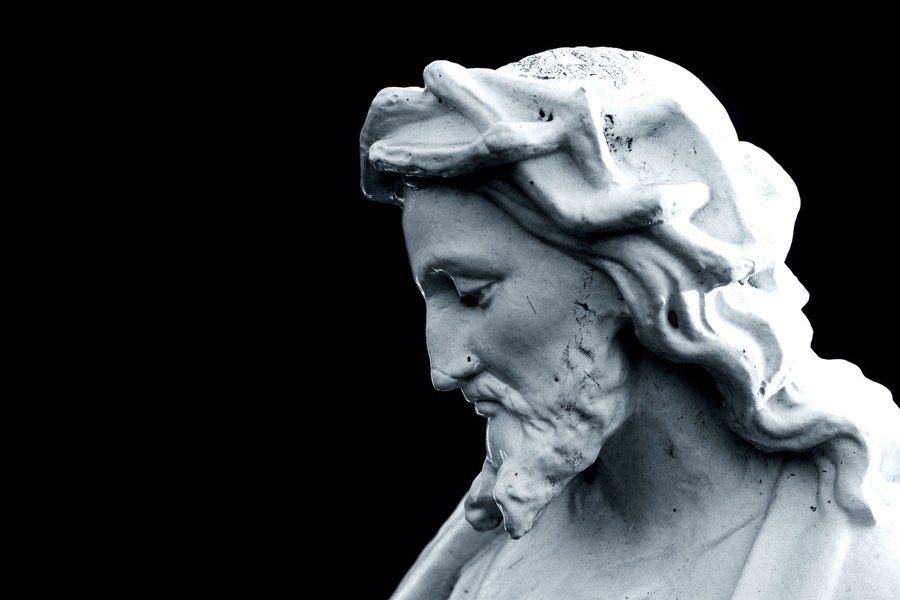 I keep hearing about new approaches to telling non-believers about Jesus Christ. The big one is service ministry, and especially service together with non-believers. That’s a new-old approach, of course; it stands out only in contrast to what a lot of ministers said in the 20th century: “We just need to tell them the simple gospel.” And I still hear evangelism that’s pure, simple gospel.

Both of these miss the most crucial piece of all: Who is Jesus? Why do we make such a big deal about Him? How could any man be all we say He is?

It’s a tougher issue these days than most Christians have accounted for. That’s okay; it’s got a big enough answer, if we just take both the question and the answer seriously enough.

Imagine hearing this for the first time. Wouldn’t it seem outrageous? What kind of man could bear that much weight — every person’s fate, for all history and even beyond?

But if we ignore the question, set it aside, or assume most people already know then answer, and unbelievers won’t just reject Jesus, they’ll think we’re crazy.

Here’s how I put the problem in my forthcoming book Too Good To Be False: How Jesus’ Incomparable Character Reveals His Reality (DeWard Publishing, August 1).

The Question We Must Take More Seriously

Not long ago in an online conversation, a skeptic admonished me, “Whatever else you might think about life, it’s foolish to pin your whole hopes on a man who lived 2,000 years ago and died young.” … I get his objection, in a way. Think of it from his point of view.

Christianity centers around one individual, a man who lived a very long time ago, in a remote part of the world (for most of us). His ways were simple. He walked dusty roads, wearing the ordinary sandals and robe of the common person.

He raised no army and wrote no philosophy. Instead, for a few short years he gathered a small band of followers, none of whom had anything special going for them, either. He taught with common words and everyday images.

Somehow, he gained a reputation for being a worker of miracles, and created a bit of a stir in the process. Far from winning him great influence at the time, though, his works and his words annoyed the local people of power. So they had him executed at the young age of thirty-three.

And now, two thousand years later, we believe that all human history, all human destiny, indeed the life of every single individual who’s ever lived, rests entirely on this one young man’s shoulders and his alone, now and throughout all eternity.

Imagine hearing that for the first time. Wouldn’t it seem outrageous? What kind of man could bear that much weight — every person’s fate, for all history and even beyond? Isn’t this way too far beyond any individual’s capacity?

The one who would shoulder that kind of weight would have to be far more than extraordinary — spectacularly more, even. That’s who Christ would have to be, for us to have any reason to follow him at all.

The Answer We Must Be Ready to Tell

That’s the problem. I left out one key sentence, though. It’s the answer I gave that online skeptic. “Don’t be so quick to dismiss the one man who lived the only perfect human life that’s ever been lived.” (He didn’t answer, so that was the end of that discussion.)

And naturally I’ve left out the entire rest of the book, too, in which I tell in dozens of other ways just how far beyond extraordinary Jesus was — more than most Christians realize, even. More than I realized until recently myself.

Yes, Jesus was God in the flesh. He really did live the only perfect human life that’s ever been lived. He rose from the dead.

Thirty to forty years ago, most folks in North America might have known this much of the basic story. (That’s how far behind we are on this.) Not anymore.

We’ve got to explain it, including the part where we tell how we know it’s not just a story, it’s the truth. If we don’t, then we shouldn’t be the least bit surprised if unbelievers stare at us like we’re nuts. And we can expect them to turn away and dismiss the Jesus we haven’t even really told them about yet.

Tom Gilson (@TomGilsonAuthor) is a senior editor with The Stream, and (in addition to Too Good To Be False), the author of A Christian Mind: Thoughts on Life and Truth in Jesus Christ and Critical Conversations: A Christian Parent’s Guide to Discussing Homosexuality with Teens, and the lead editor of True Reason: Confronting the Irrationality of the New Atheism.