The Cost of Losing Your Tongue 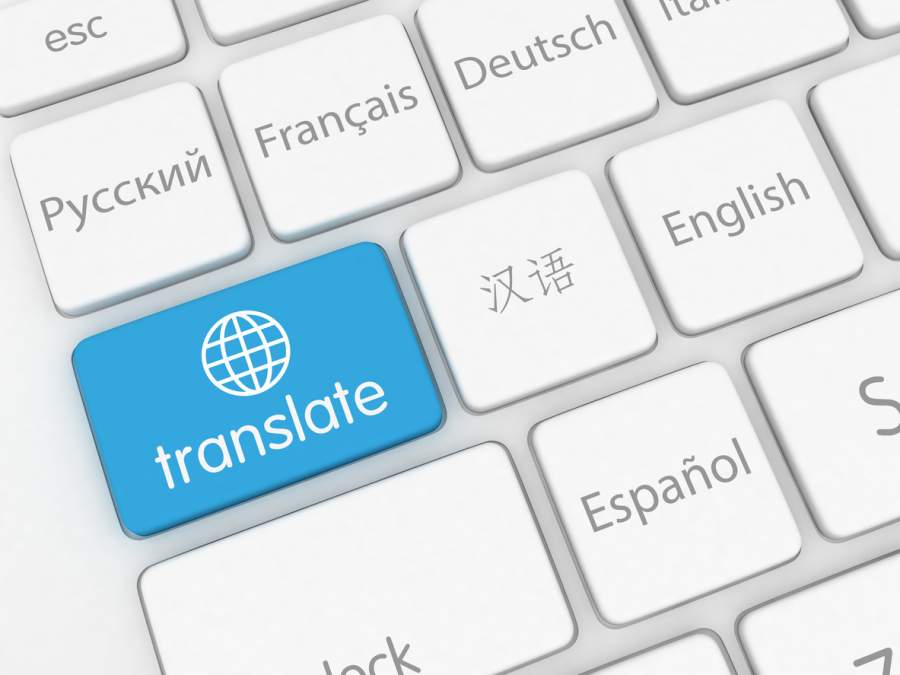 A report in March 2018 by the Modern Language Association (MLA) tracked developments in the last three years of Obama’s presidency. In this time enrollment in foreign languages fell by 9.2 percent. Every foreign language lost students except for Japanese and Korean.

For decades we have read articles about the “crisis in the humanities.” Language fluency is a measurable and objective skill with obvious value on the job market. For some reason the humanities let it wither in their midst, handing untold ammunition to the pragmatists who cast the liberal arts as useless.

Whereas the Modern Language Association upholds the ideal of free and unfettered scholarly exchange, including the right of scholars to travel across international borders;

Whereas the MLA is aware that the Trump administration threatens to violate these core principles of democracy and academic freedom;

The Only Language Spoken Is Politics

Fighting discrimination is great. But what about this organization’s primary mission? The MLA exists to teach people modern languages, which the MLA has failed to do.

Among the MLA’s flaws I count political biases. Judith Butler, who was recently elected as a top officer in the MLA, has ties to the LGBT movement dating back to the 1980s. This compounds worries about her equally disturbing part in another movement. She leads efforts to boycott Israel.

Butler has come under criticism for practical reasons, too. Many say she writes poorly. One would struggle to establish what qualifies Butler for her role.

With 18,000 voting members, the group forms an influential cadre. They teach English literature, and languages to the powerful American elites who attend college.

Statements from the MLA include uncritical support of transgender ideology and less-than-subtle attacks on Donald J. Trump.

Transgender enthusiasm in the MLA should disturb observers for three crucial reasons.

They’re Not Doctors, But They Play Doctor in the Classroom

First, the MLA’s members fail to advance multilingual competency. That is their purpose for existing. Why dabble in medical issues beyond their skills?

Second, “gender” does not exist in English as it does in Spanish, French and German. In the latter three, word forms differ depending on masculine, feminine or neuter nouns and adjectives. I edited Jephthah’s Children (2015), a collection of essays. In it we included chapters on the LGBT movement’s damage to language.

Third, in the name of LGBT advocacy the MLA abuses its prestige. See for example what the MLA signed in January 2018. The organization took part in a “National Coalition against Censorship.” The MLA teamed up with powerhouses like the American Library Association and Lambda Legal. To do what? To crush a coalition of concerned parents in Temple, Texas (population 74,503).

I know of the Temple kerfuffle because I work with Mass Resistance Texas. These groups of taxpayers simply wanted the local library not to promote homosexuality to young children. They were not inflexible. They asked for equal time for Christian displays if the library would not cancel the gay displays. For this, the MLA and its allies compared them to people trying to promote racism.

Of Language and Power

Since then I have started work on a book, Traumatizing the Tongue: Rise and Fall of Universal Language, comparing the rise and fall of Spanish, French, German and English, from the Spanish Inquisition until today.

I have found an interesting trend with languages. In the medieval era Latin acted as the “universal” language. By this I mean something specific: When people discussed universal human questions, they posed them in Latin.

After Latin fell from that role, other languages emerged. These “universal” languages also acted as the tongue in which to pose human questions. But they were also local languages spoken at home by specific groups of people. This changed things. Each universal language — Spanish, French, German, English — reached a tipping point. Historical disruptions caused the language to become absurd. For Spanish it was the Inquisition. For French it was the Jacobins’ Reign of Terror. And for German it was the rise of the Gestapo.

English-speakers have gone too far. They overplay their idealism and seek unwisely to control the whole world. They police their own language. Then they stop listening to people in other languages … like the inquisitors, Jacobins, and National Socialists,

English has lasted longer than the others as a universal language. But then came the LGBT language. Similar absurdity and clichéd bureaucratic jargon distorted the English-speaking world when it became fixated with gender. Like other language communities, English-speakers have gone too far. They overplay their idealism and seek unwisely to control the whole world. They police their own language. Then they stop listening to people in other languages. Like the inquisitors, Jacobins and National Socialists, a powerful elite in the English-speaking world has gotten huge issues terribly wrong. In the process they have gone mad.

English-speakers have a unique naïveté about gender-neutral ideology. They think in a language that erases gender. Most people in the world think in languages in which gender is essential. English-speakers fail to see how impossible gender neutrality is for all of humanity. Exhibit A deals with Hispanics. Why force Spanish-speakers to use the term “Latinx”?

How can English-speaking people see the folly of a word like “Latinx”? They don’t speak Spanish and don’t talk to those who think entirely in Spanish. Partly thanks to the MLA.

My mother spoke English to my siblings. She spoke Spanish to me for complex reasons. Domestic turmoil caused me to live as a solitary boy. I had nobody to talk to. Sometimes I jotted my thoughts in English or Spanish. But someone in the family would find them and read them; then they would then mock me.

So I taught myself French as a kid. I did so just to keep a journal, one that only I could read. We lived 15 minutes from the Canadian border. I listened to French Canadian radio and watched French TV (UHF) on an old TV in the attic. French was a safe refuge.

In 1986, our home life fell apart. My mother decided to send me for a summer to a small town on the border of Québec. I lived there for a while, away from my family. I was speaking French all day. When I came back, I was trilingual.

French was all “in my head.” Nobody knew it was there unless I chose to speak it.

Fast-forward to January 2013. Someone asked me to record a video about growing up with a gay mom. I decided to record it in French so I could speak without my family overhearing. My daughter does not speak French. She played on the bed in the background while I spoke.

The video got over 40,000 views. Shortly thereafter, I received an email from someone in the Manif pour Tous, a French traditionalist movement. They wondered if I could speak at their march. I ended up delivering a speech to over a million people as I stood below the Arc de Triomphe. This was a once-in-a-lifetime experience.

I went to Brussels with the Manif pour Tous leaders. They organized a secret meeting there with officials from over twenty countries. They were worried about the encroachment of the LGBT movement into their respective cultures. The leaders asked me to translate in a large chamber of the EU.

Corruption of Language, and the Language of Corruption

Why could the meeting not be conducted in English? Everyone in Europe who spoke English had been trained in universities. Universities took a standard curriculum, which included pro-LGBT ideology. A superstructure of surveillance, censorship and obscurantism had arisen in the Anglophone university world. I see similarities to the Spanish Inquisition. Let’s say you wanted in 2013 to engage in discussion about LGBT ideology. But let’s say you wanted a dissenting view. To get it, you had to connect with people who specifically did not know English.

I visited a number of countries: France, Spain, Italy, Belgium, Hungary and others. My role as translator overshadowed any other role. Multilingualism liberated me more than my personal narrative. I went to the United Nations in 2016. By then I knew French, Italian, Spanish, Portuguese and some German. I also knew Greek and Latin. These gave me the ability to see a vast reality. Anybody conditioned to think and speak in English would be blind to it.

Recently protesters in yellow vests made the news in France. Many of these ostensibly “right-wing” protesters felt aggrieved by globalists. Many yellow-vests had taken part in the Manif pour Tous. The movement to normalize LGBT culture went hand in hand with the global economy.

Had I not spoken to everyday people in Europe without a translator, I would not know these things.

The MLA is willfully dismantling languages. This troubles me. The MLA’s endorsement of LGBT ideology cannot co-exist with its claim to fight discrimination. A full three years prior to the alarmist declarations about Trump, I wrote to then-Executive Director Rosemary Feal, alerting her to public threats from the Human Rights Campaign. The HRC attacked me for using my language skills abroad. The HRC literally put me “On Notice.” They warned of consequences for traveling abroad and speaking in French, Italian and Spanish to people worried about LGBT ideology. Such actions qualified as the “export of hate.”

The decline in modern language education has not occurred by coincidence. English-speakers with a clear political slant have developed an obscurantist agenda. It seeks to stop unauthorized conversations with those who do not speak English. Everyone who has not been taught English has escaped a global indoctrination. Those who can speak other tongues fluently without a translator pose a risk to LGBTs. They can be liberated from neo-liberal ideology. The latter includes many projects including LGBT culture.

Languages: Worth the Work

When I began graduate work I made the conscious choice to strengthen my language skills. Countless peers who chose not to invest in languages advanced more quickly than I did. They used their free time to draft articles, then sent them to journal after journal in hope of acceptance. They could get published and present at professional conferences. But they did not attain proficiency in other tongues. Now they can only speak with people who think like Anglophone academics. This reflects the basic system of obscurantism. For posing fewer risks to the globalist system they get rewarded.

Languages are worth the work. Getting away from English brings its own personal rewards. Sometimes the people you find beyond the borders of English can answer your questions and help you understand yourself and the world.

Robert Oscar Lopez is a professor of English and classics. He edits English Manif and founded the International Children’s Rights Institute.

Tucker Carlson Is Right: When False Gods Rule, Our Duty Is to Mock Them