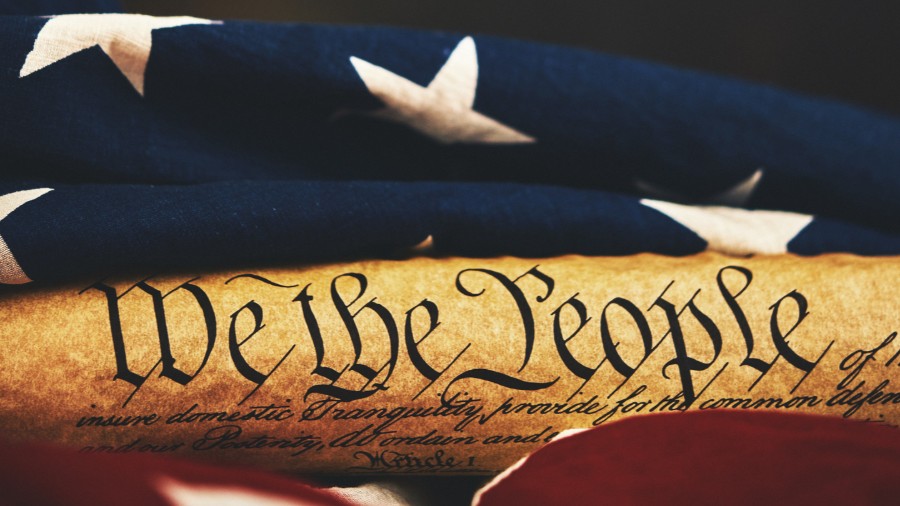 This week marks the 232nd anniversary of our Constitution. By joint resolution in 1955, Congress proclaimed the week of September 17-23 of each year to be “Constitution Week.” But to the extent that we observe Constitution Week at all, what is it, exactly, that we are celebrating?

According to the Daughters of the American Revolution, the group that urged Congress to create Constitution Week, the observance has three goals:

These are wonderful goals. But I wonder if we’re making much headway.

The Constitution in the Shadow of its Amendments

Sadly, it seems that the true greatness of our Constitution lies mostly forgotten beneath its more prominent amendments. When most citizens think about our nation’s founding charter, they don’t think about any of the seven main Articles. They think about the First Amendment. The Second Amendment. The Fourteenth Amendment.

Consider just one example. In a recent Washington Post survey of eight prominent Americans, five talked exclusively about an amendment. One discussed the Founders’ challenge to build a “more perfect Union.” One spoke broadly about equal opportunity. Only one of the eight mentioned anything about any of the original seven articles of the document. None said anything about the overall structure it outlines.

Many of today’s citizens don’t realize that the amendments are not the only way that the Constitution protects our precious freedom.

Of course, it isn’t a bad thing to love our Constitution’s amendments. Many of them are pretty exciting. Plus, they’re easy to understand. And many of them are about us! It’s fun to assert our many rights — like free speech, the right to bear arms, due process and equal protection under the law.

What is tragic, however, is that so many of today’s citizens don’t realize that these are not the only way that the Constitution protects our precious freedom. In fact, they aren’t even the primary way our liberty is ensured. Our Bill of Rights and other amendments create a special hedge around some of our most cherished freedoms. But the more basic protection of our liberty is built into the very structure of our government.

The Structural Protections of Freedom

First and foremost, remember that our national government is one of “enumerated powers.” This means that the only powers it has are the powers specifically listed in the document. So — how are we meant to be protected from the federal bureaucrats meddling in our kids’ education? By the fact that the Constitution gives them no power to do it.

The Founders were also brilliant in setting up a “federal” system. By leaving the states with the power to make most policy, they empowered them to act as “laboratories of democracy.” Each one can try out its own unique policy ideas and learn from the others. What protects us from one-size-fits-all laws that don’t work where we live? The fact that Washington has little authority to make laws that impact the details of our daily lives.

Our Constitution also wisely creates “checks and balances.” Each of the three federal branches has ways of limiting the power of the others. And the states have the ultimate power to check all three branches of the federal government by proposing constitutional amendments through Article V. How do we fight back against an out-of-control federal government? By closing the loopholes to its power through state-proposed constitutional amendments.

Many of our Constitution’s amendments are certainly worthy of their own celebration. But to honor them exclusively, while neglecting the study and protection of the document as a whole, is like raving about how wonderful a car is because of its great brake system, while never considering how well the engine actually works.

This Constitution Week, spend some time being grateful for the brilliant design of our government’s engine. That engine needs some restoration work, for sure, if we want to see its real beauty in action. And this restoration work is possible through the proposal of new amendments. In time, those future amendments may be as venerated as the ones we hold dear today.

But the Constitution’s plan of limited government, its checks and balances, its federal system — these are just as ingenious as ever. We hold the “specs” in our hands for an “engine” that can purr again. And that’s something worth celebrating.