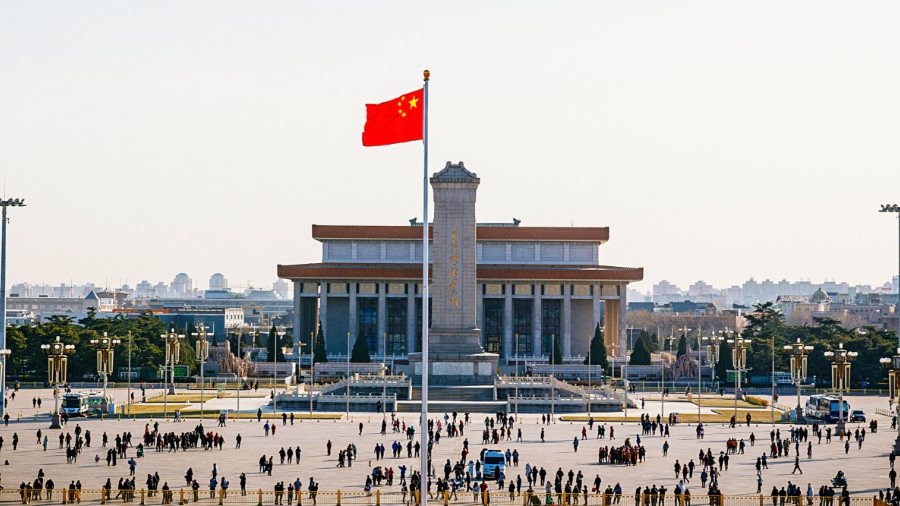 Worldviews have consequences. The pandemic that grips the whole world is symptomatic of the deadly grip that the ungodly leadership in China holds over a wide populous (including tens of millions of Chinese Christians).

The coronavirus did not just come out of nowhere. The Chinese Communist Party (CCP) claims that it came out of the wet markets of Wuhan, a city of about 11 million people. But there is evidence that it may have originated in a biolab, the Wuhan Institute of Virology.

Steven Mosher, the president of the Population Research Institute, certainly thinks so. He says corners were being cut, leading to the virus escaping from the lab. But the CCP tried to hide these things. As we know now, they allowed flights from Wuhan to the rest of the world, but not flights from Wuhan to other parts of China.

Recently I interviewed Mosher on my radio show. He argued,

This didn’t come from nature. This came from man. This came from the leadership of the Communist Party, which was putting a rush on research in their biolab in Wuhan. And I think they were putting so much pressure on the research that the researchers cut corners, and this dangerous coronavirus … escaped from the lab.

And there the story gets even worse. Because after it escapes, it could have been contained very, very quickly by using means that we’re all familiar with — contact-tracing, finding out who Patient Zero was, tracing that person’s contacts, putting those people under quarantine. Instead, the deadly virus was allowed to spread throughout the city of Wuhan. China hid it. … Even to this present day, they are still hiding what they know about the virus.

And yet millions of Americans are ready to blame President Trump for the virus crisis rather the actual perpetrators.

Furthermore, millions of young Americans want to see America become a socialist nation — which often leads to communism. They think socialism means sharing and fairness to everybody.

Gary Bauer of American Values told me in a recent TV interview:

I think all of us have been disturbed by polling data that shows that young Americans particularly seem to be very open, if not outwardly and completely supportive, of socialism. … The majority of students that are saying that socialism is a good thing have not been educated in any way shape or form about what socialism is.

Mosher noted the CCP (and communism everywhere) is built on a series of lies:

Chairman Mao who forced communism on China in 1949 is the greatest mass-murderer in the history of humanity, exterminating as many as 45 million of his own people. When he took over the world’s most populated country, one of the goals was to “dominate wider parts of the world,” notes Mosher. And in 1958, Mao set up the “Earth Control Committee.”

The outbreak of the coronavirus and the failure of the CCP to truly cooperate with other agencies to control this before it became a pandemic has got to be among the greatest crimes of all.

Thus, it is possible that the whole world has been upended by a group of atheists who reacted criminally in response to accidents in a lab that was dealing with very dangerous substances. No wonder the state of Missouri filed a lawsuit last week against the government of China.

At least we can say that their irresponsible reaction to the virus once it began to spread has brought misery to many parts of the world. Many Chinese people themselves would gladly not have the Communists rule over them. But, amazingly, as noted, we have many in America who want communism or socialism.

The Rotten Fruit of Communism

I asked Mosher about this trend among young people. He chalked it up to the naivete of the young and the “miseducation” many of them receive in the schools.

They think socialism can work — if just the right people put it into practice. But in every communist regime, Mosher observes, they kill at least about 10-15% of their own people in order to remove the “counter-revolutionaries.”

Of all the sins and crimes of communism throughout the last century and a half — and there have been many — the outbreak of the coronavirus and the failure of the CCP to truly cooperate with other agencies to control this before it became a pandemic has got to be among the greatest crimes of all.

There was an old saying during the Cold War, “You can trust the communists to act like communists.” It is about time naïve Americans woke up to the rotten fruit of communism.