The Church Must Respond to Marxism 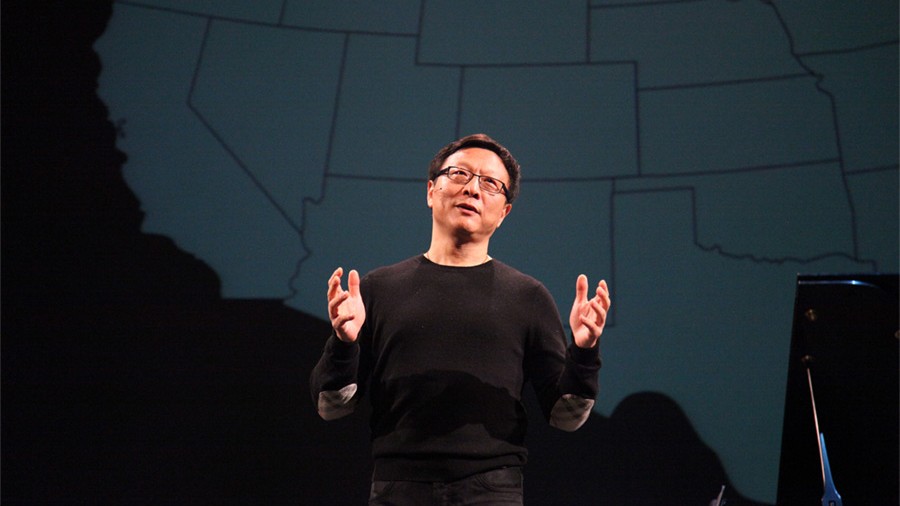 I have a strong emotional connection with an article published in the National Review which details a tragic story on a woke college campus. The victim this time is a University of Michigan professor, Bright Sheng, who grew up in China. Like me, he had firsthand experience about the Cultural Revolution, the original cancel culture. He’d seen the unmerciful crushing of dissidents, or anyone who dared violate the party’s doctrine, whether intentionally or not.

Michigan’s students treated Professor Sheng terribly for a minor slip. (The music professor showed his class the Laurence Olivier 1952 version of Othello in which Olivier wore blackface.) That did not surprise me at all. What disturbs me more is how Professor Sheng responded to the wokeness — he surrendered.

Professor Sheng has the relevant background. He should have recognized Marxism in action here. It is inherently atheistic. Marxists have no qualms with treating opponents unmercifully. They hold no absolute truth, so their consciences have nothing with which to accuse them, or to make them uneasy. Nothing but force is able to regulate or modify their behavior.

History shows that when Marxists gain power, they categorically become the cruelest of monsters. So it’s no wonder China has ended up in destruction and perpetual anguish.

We live in an unusual moment in history and we must exercise exceptional spiritual discernment. And courage, and faith, and truth.

So I’m shocked that Professor Sheng so quickly gave in to wokeness. He apologized and apologized. And what good did it do? His pitiful condition went from bad to worse. Not long ago, he had a good life teaching music composition at the University of Michigan, having no intention to infringe on woke ideology. Yet he did. Then he repented. He spoke his penance over and over again. Still the incident escalated.

He should have remembered that succumbing to Marxists only inflames their hatred and their sense of righteousness. No amount of negotiation, no amount of compromise, no amount of sympathy can warm their stony hearts. Submission only invites more cruelty. Yielding to Marxists equals committing suicide.

I must give Professor Sheng the benefit of doubt. It could be that he thought American Marxists are better than Chinese Marxists, perhaps more open minded and tolerant. After all, this is the freest country history has ever produced, and American Marxists must have unwittingly taken on the characteristics of the free world.

What a miscalculation! Professor Sheng fails to grasp a crucial aspect of all Marxists — they hate everyone. They don’t discriminate based on race, sex, or nationality. They lash out at anyone who dares disagree with them. Larry Elder’s race didn’t save him, did it? If there is any chance for Professor Sheng to get his life back, he must fight back from his end. In today’s society, though, such opportunities are slipping away fast.

If there is one thing that Americans should know about Marxism, it’s the deceptiveness and lethality at its core. Like any work of the Devil, it appears virtuous. Most of us desire equality, justice, and the absence of racial prejudice. In this imperfect world, when someone offers you an equality and justice that is better than what your parents could appreciate, you jump for it, even though in this case it’s a flaming dart that will pierce hearts and souls, leaving them bleeding to death.

This matter is especially urgent for churches. I know quite a few Christians, including church leaders, who hold romantic views about Marxist ideology. Most of them are tenderhearted brothers and sisters in Christ who are sensitive about right and wrong and justice. They’ve let their sensitivity manipulate their rationality, though, making them willing to believe Marxism is all about compassion, too. Had they lived under a society based on Marxist beliefs, they would have long ago denounced this devilish ideology. But I see no sign of such a prospect. This troubles me greatly.

The Battle is Unfolding

Marxism is inherently atheistic to the core. It’s true regardless of what they claim. They’re not so concerned about people like Professor Sheng, whom they can easily wipe out. Mostly they’re opposed to Christ, to Christianity, and to Christians. Atheism is a major opposing force against God’s Kingdom. It intends to annihilate all the good things that belong to God.

Communism is filled with hate, especially Christians because we fear God and will never bow down to them. Christians have always been the ultimate target in any society controlled by Marxists. So we’re in the middle of a fierce spiritual battle, engaging ferocious adversaries. Few have taken to heart this sobering reality, though. Few churches have stood up against this hellish ideology.

Some believers argue that we should not get involved in politics, but simply preach the Gospel, as if preaching the Gospel would take care of everything happening right now in our society. They view the Gospel in a vacuum, with no relevance to issues such as Marxism. Meanwhile the Devil has been busy making us idolize evangelism, diverting our eyes from his activities — work that eventually will deprive us of the opportunity to preach the Gospel.

The logic of just sitting back and watching atheism permeate our society is laughable, if not sacrilegious. How does this advance either the Gospel or evangelism?

Silence is Not an Option

The battle is unfolding and we are losing ground. Silence is not an option. We may be able to tolerate them, but they can never coexist with us. If the church fails to respond to the menacing threat, we will suffer Professor Sheng’s fate. If our faith does not move us to stand up to defend truth now while we still have opportunity to fight for it, we prove that our faith is not really genuine.

The church’s best chance to defeat Marxism in our society is to stand up right now. Behind Marxism is a dark force. Only we have the weapons powerful enough to overcome it. Perhaps God is waiting for us to demonstrate our faith, standing up and defending truth in addition to preaching the Gospel.

We live in an unusual moment in history and we must exercise exceptional spiritual discernment. And courage, and faith, and truth.