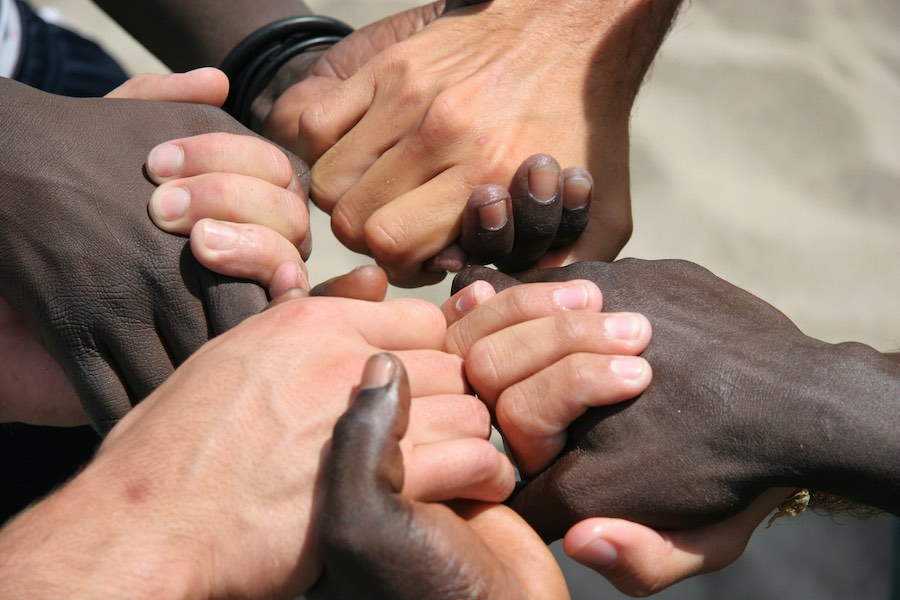 Voices everywhere are saying the Church should take leadership in the move toward racial reconciliation. Many churches are. And we need to. It’s not just because it’s a nice thing to do; it’s because just about everyone else is getting it wrong.

I can say that with confidence, not because I claim to understand the minority racial experience, but because I know what the Bible says about human relationships, and there’s some common sense involved here, too. This ought to be a movement of racial reconciliation, but it’s heading almost exactly the opposite direction. It’s fomenting hopelessness, which inevitably leads to anger, divisiveness and hatred.

The point of the whole thing, supposedly, is to address and correct the injustices whites have long inflicted on blacks. There’s been way too much of that, I agree. I don’t agree with the way this movement is messaging it, though, because it’s a shame-based message.

Professor Brené Brown has studied shame more than anyone else, or at least more publicly. In her books, her blog, and a famous TED talk, she reveals shame’s destructiveness. Shame differs from guilt, she tells us. Guilt is a sense of wrongness over what you’ve done, shame over what you are. She says,

I don’t believe shame is helpful or productive. In fact, I think shame is much more likely to be the source of destructive, hurtful behavior than the solution or cure. I think the fear of disconnection can make us dangerous.

Notice two key words there: disconnection and dangerous. Shame disconnects us. Who wants to hang around when he’s being shamed? If you do show up, do you show up with your whole self, fully alive and engaged? No, you hide. Physically, emotionally, relationally. You’re not all in. You’re not all there.

And is anyone seeing anything dangerous going on these days? Property being destroyed? People injured? People killed?

Shaming is Not Solving

This comes from anger, but it’s anger that doesn’t know how to solve its own problems. Shaming is not solving.

It’s got to be frustrating, though. They’ve identified a problem that can’t be solved.

Still, the message we keep hearing these days is that it’s wrong to be white. It’s wrong to have “white privilege.” Those are shaming words, meant to make us feel bad for what we are, not anything we’ve done.

It’s got to be frustrating, though. They’ve identified a problem that can’t be solved. Not unless they shut down whites forcibly, or (even more violent) eliminate them all. Some of the most radical members of the movement actually say they want that.

I don’t think that’s the least bit common, but the sense of frustration must be. It’s just the natural result of thinking you’ve got a problem that has no solution. It’s no wonder some of them are so angry. Frustration will do that to a person.

Meanwhile their shaming tactic is producing all kinds wrong responses. Think of it: What does a white male do when he’s told he’s wrong for what he is? He could yield to the shame. He could agree, “Yes, it’s bad to be white.” That’s debilitating, though. It makes a man give up part of himself. It certainly doesn’t build full-blooded, open relationships.

Or he could get angry. “I’m not gonna take that *)#@!* from you!“ I can’t help wondering whether this shaming tactic might be contributing to the rise of white nationalism. Talk about unintended consequences!

Or he might say, “I’m sorry, but I’m not going to accept that from you. It’s not that I’m angry, it’s just that I know better than to think my whiteness is evil.” If he’d had any inclination to help pursue racial justice, this kills it. He says, “This is too messed up,” and he checks out.

I suspect that’s true of a lot of white conservatives. They’re not helping solve race problems, not even paying attention, because they don’t want anything to do with a movement that would do that to them.

A Better Answer, Starting With a Better Description of the Problem.

That’s what shame does. It calls out a problem, but it makes it worse instead of better. And this is where the Church can make such a difference. We’ve got a better answer.

It starts in having a better description of the problem: guilt, not shame. Guilt means you’ve done something wrong. That’s you: not your group, not your race, but you.

And here I’ll speak as a white man talking to fellow white men. In my conversations with blacks, I’ve learned that a lot of us do things that cause problems in our relationships with them. We’re dismissive or disrespectful.

I suspect that’s true of a lot of white conservatives. They’re not helping solve race problems, not even paying attention, because they don’t want anything to do with a movement that would do that to them.

Some whites are out-and-out racists. Others are simply oblivious. There’s a difference between guilt for intentional wrong versus oblivious wrong. But being oblivious isn’t exactly innocent; not when we’re hurting others, and not when we should know better.

So a lot of us are guilty of doing hurtful things to black men and women. Guilt is different from shame, though: Shame doesn’t have a solution; guilt does.

Christ died on the cross to resolve our guilt toward God. If we confess our guilt and repent, He forgives; and we have a reconciled relationship with Him.

God sets the same model for human relationships, when things go wrong. The guilty party is responsible to own up to it, the injured person is called to forgive, and then together they can work toward reconciliation and restoration.

This is the message of the gospel, applied to human relationships. This is how the Church must lead.

How does that work in actual practice? I couldn’t begin to cover that territory the way it deserves to be. Imagine whites listening to blacks, though, hearing their pain, and discovering how we’ve been a part of causing it. Or how we’ve failed to help alleviate it when we should have. Omission can be sin, too.

Then think of whites repenting — making a strong commitment to stop doing wrong and start doing right. It might even include restitution, making something right after the fact, if we’ve done wrong. (I did not say reparations.)

Then think of blacks forgiving. That’s not me suggesting that; I have no right to speak that way into another person’s experience. It’s God’s word, and He does have the right. Jesus makes the standard clear: God forgives us; we must pass that forgiveness on to others, especially to those who are willing to own and repent of their wrongs.

If you can imagine that far, then you can also picture that process setting a foundation for relationship. For reconciliation. Racial reconciliation, even.

This is the message of the gospel, applied to human relationships. This is how the Church must lead.

Not everyone will follow. Some whites will refuse to acknowledge even the slightest need for confession or for change. Some blacks would rather hold on to anger than forgive. If it works for even a few, though, that would be a visible model showing that real heart change is possible. We need that model.

The Church needs to lead this way, because this is the way of our Lord. It’s how we can stay faithful in our witness of His love, His grace, and His reconciling goodness.