The Chosen, TV Series About the Life of Jesus, in Pre-Production for Final Episodes in First Season; Due to Release by End of Year 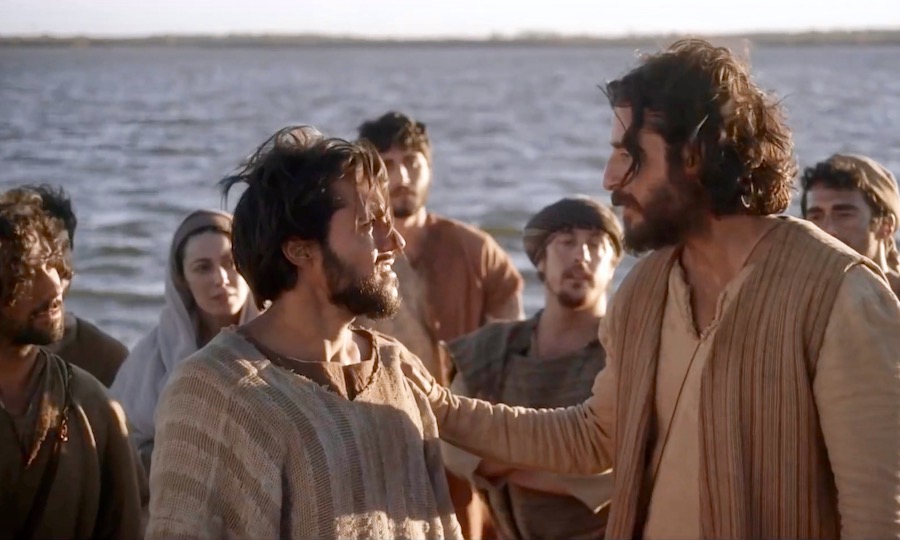 The first four episodes of The Chosen, the television series about the life of Jesus seen through those who encountered him, are now available to watch on VidAngel. Pre-production on the remaining episodes for Season One began recently in Dallas, Texas.

Dallas Jenkins, son of Left Behind author Jerry Jenkins, is the co-writer and executive director for the show. He told The Stream that the entire first season — eight episodes — will be available to watch before the end of the year. Jenkins anticipates that the show will extend to seven seasons.

The Chosen just began filming the final four episodes of the first season in a nondescript building in Dallas, Texas. The studio has several indoor sets and one rooftop set for the television series. While filming indoors has its benefits — like controlling for weather — it also has challenges, Jenkins told The Stream. “The challenge is to make [the lighting] as realistic as possible. When you watch sitcoms they are in a studio indoors. Even when they’re outside, you can tell it looks less realistic.”

Most of the interiors are filmed at the studio. “So, Simon’s house is here, Nicodemus’s house, the Roman authority’s. We’re also shooting one scene that takes place on a rooftop that we’re shooting in here that’s going to require some tough lighting to make it look like we’re outdoors at night. [We have a] green screen that creates a backdrop.” Overall, Jenkins enjoys shooting the episodes indoors. And he’s definitely not looking forward to shooting the show outside in Texas’ July heat. “My favorite part about shooting in the studio is the air conditioning!”

Jenkins is happy with how the filming is progressing. “It feels like we’re picking up where we left off. The actors are already in a groove, they know their characters. The writing’s picked up where it left off and I feel really good about that.” Jenkins tries not to get too optimistic or excited until the filming is finished. “There’s so many things between now and the end that can go wrong. So, [I’m] just trying to stay focused as possible.” Jenkins is anticipating that the final four episodes of the first season will be released this fall. “We’re aiming for Thanksgiving week. We’ll release the entire Season One at once.”

Jenkins has sought investors and donors to help fund Season One’s production, marketing and legal fees. As he said a year and a half ago, however, “We’re not a charity. I’m not asking people to donate to a cause. We’re saying, instead of the usual kick-starter campaign where you donate and you get a t-shirt or tickets to the premiere, you’re investing.”

Jenkins told The Stream that they cut off investing at the beginning of the year. Now they’ve open investing back up for a limited time until they reach $1 million because they didn’t get all that they needed to make episodes 5 to 8. “At this moment, we’re at $650,000, so we still have some to go. At this brief moment, investment is open but then it will close again as soon as we hit another million dollars.” To see daily content on Facebook about The Chosen, click here.

The Chosen raised over $10 million for Season One.