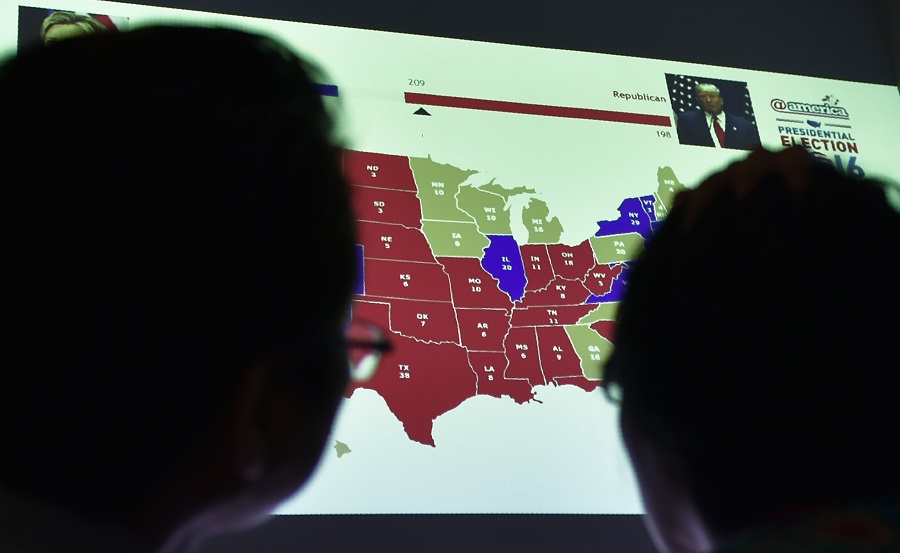 A few days ago. I announced a series on Catholics and the 2020 election. I noted that the Vatican under Pope Francis sees a Donald Trump-led U.S. as the greatest obstacle to its dream of a world centrally controlled by unelected bureaucrats, of erasing the borders of prosperous and orderly countries, and of redistributing wealth on a massive scale. (Do you find this implausible or shocking? Remember that Francis’ Vatican singled out Communist China as the best implementor of “Catholic social teaching,” whatever that still means.)

So bishops whom Francis plucked out of well-deserved obscurity are speaking out to help the Democrats. Employees of the Leviathan, the well-funded infrastructure of once-faithfully Catholic organizations and media, are busy too. They’re rehearsing the excuses they hope will help voters to support socialist candidates.

Selling Out to Caesar

The fact that these politicians want to leave unborn children unprotected, and menace religious liberty? Like German Christians who tossed the Old Testament in the trash to please the Nazis, these Catholics don’t care. They have more important concerns than the Little Sisters of the Poor or tiny, pre-born children. These people dream of refashioning the world into a man-made kingdom of heaven. To make that fantasy omelet, they’re willing to break some real, live eggs.

It’s not that many Catholics listen to bishops, of course. In theory we see them as heirs of the apostles and teachers of doctrine. But in fact, most bishops in Western countries haven’t filled that role since Fulton Sheen was on TV. Since the mid-1960s, bishops have increasingly acted as adjuncts to the Democratic party and liberal elites. They still dream of re-assuming their role with FDR in the 1930s, when they swung around their influence to help shape the New Deal.

The Catholic Bishops Act Like a Government in Exile

With forty percent of its operating budget from federal non-profit contracts (mostly to “serve immigrants), the United States Conference of Catholic Bishops (USCCB) would go broke if big government shrank. Or indeed, if we stopped illegal immigration. Whenever a Republican takes the White House, the USCCB defaults into acting like a government in exile. Each year it issues more than 200 policy demands on subjects from the environment to Medicaid, gun control to voter ID.

The United States Conference of Catholic Bishops (USCCB) would go broke if big government shrank. Or indeed, if we stopped illegal immigration.

This year the bishops and the Leviathan they ride are both churning out talking points to distract Catholic voters from fundamental, black and white moral issues — issues on which the Democrats stand for blatant evil.

The Catholic Vote Could Swing the Election

We need to harpoon Leviathan’s arguments for one sobering reason. There are still a lot of Catholics in America, of varying levels of fervor. And a lot of us live in swing states. Courageous Catholic journalist Michael Voris has done the math.

Candidate Donald Trump became President Donald Trump directly by winning Pennsylvania, Michigan and Wisconsin. Trump finished with 306 electoral college votes. Combined, those three states gave Trump 46 of his 306. A candidate needs 270 to win. Without those states, Trump falls short by 10. And Trump not only broke the Democratic stranglehold on those three states — part of the so-called Blue Wall thought impenetrable — but he snatched back Obama’s Ohio and Iowa as well.

Given the narrow margins of victory in the big three, if Trump secured a majority of Catholic voters in those states, which exit polling from 2016 seems to indicate he did, then it’s lights out for the Dems.

As Voris notes, Catholic voters in these states are more conservative than in politically hopeless states like the Northeast. Even a small sea-change in how Midwestern Catholics vote in 2020 could well decide the election.

Firing Up the Excuse Machine

So the legacy Catholic Leviathan is pumping out pretexts for why we can and should support candidates who favor abortion up through birth. Who want to force nuns to pay for the “morning after” abortion pill. Who wish to concentrate ever more money and power in the hands of the secular state, cutting off all the oxygen to the only sector where U.S. courts allow Christians to raise their voice — that is, the private sector.

For decades, liberal bishops sitting on piles of money and binders full of sex abusers have tried to blind American Catholics to basic moral issues. The wool they pulled over our eyes came in the shape of the “Seamless Garment.” Woven by scandal-plagued Cardinal Joseph Bernardin of Chicago, that slogan served as a G-string for abortion-hungry Democrats who relied on Catholic votes, from Mario Cuomo and Nancy Pelosi to Ted Kennedy and Joe Biden.

As I’ve explained here before, the Seamless Garment pretended that arguments over air pollution or Medicaid funding were equal to the schism on abortion as back-up birth control. It made the price of opposing abortion the embrace of a crackpot Utopia where the federal government wipes every runny nose and micromanages our lives.

Crassly pro-abortion Democrats who claimed to be Catholics pretty much wore the Garment out. They wielded it too often as camouflage while shoveling money to Planned Parenthood and defending even partial-birth abortion. It started to unravel. Few use the term anymore.

Dental Hygiene Is a Life Issue

Now Catholics who back pro-abortion pols claim to be “comprehensively” or “holistically” pro-life. They refuse to “narrowly” focus on America’s outright murdering almost a million kids each year. We must be more sophisticated, you see, and understand how white privilege causes differential murder rates. Which means that affirmative action is a pro-life position too.

Indeed, one can shoehorn every policy question that affects human beings at all into some moral equivalence to a million dead babies per year. Gun laws. Drunk driving. Childhood obesity among illegal immigrants. If you don’t favor massive federal spending and centralized bureaucratic management on each of these issues? Then you’re not really pro-life either.

See how this scam operates? It’s like flooding a hostile country with bogus money to debase its currency and cripple it.

In the subsequent three parts of this series, I’ll examine how Catholics who favor pro-abortion socialists are spinning their new evasions, counterfeiting “life issues” for the crucial 2020 election.