The Brits Bow to LGBTQ Bullies 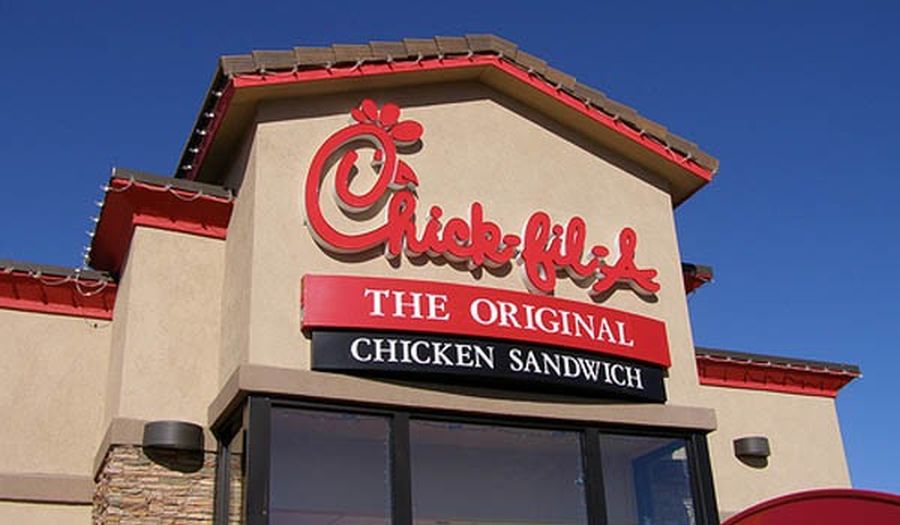 Who can forget the famous film clip of British prime minister Neville Chamberlain, just returned from negotiations with Hitler? Waving a treaty not worth the paper it was printed on, he declared, “Peace in our time!”

It was actually “Appeasement in our time,” and it’s something the dear old English have always been good at.

The latest incident of the British bulldog rolling over to have his tummy rubbed took place in the town of Reading in Berkshire. American fast food avalanche Chick-fil-A opened their first UK restaurant in a shopping mall there.

This article from the BBC explains that the mall owners decided not to renew Chick-fil-A’s lease after their six-month trial period expires. Coming under pressure from the LGBTQ bullies, the mall management chickened out.

They decided to hang their tenants out to fry.

One wonders if there will be compensation for the company that invested in furnishing and equipping the store. Will the employees who were glad to have a job at Chick-fil-A be compensated for being made redundant? How will the citizens of Reading (who might just have wanted to eat at Chick-fil-A) respond?

I guess they’ll just have to go back to enjoying the very best of English cuisine … damp thick French fries soaked in vinegar accompanied by a greasy sausage.

It’s easy enough to ridicule Reading and berate the Brits, but there’s a serious side to the fry up of Chick-fil-A. The Cathy family who founded and run the company have every right so donate their hard-earned cash to whatever charity they like.

It is true that some of the Christian charities they support back traditional marriage. That’s what you would expect from a Christian charity. The Chick-fil-A management has explained time and again that they do not support political action nor do they support homophobic, racist or sexist organizations.

But the LGBTQ bullies do not listen to reasonable explanations, and that is why this story is worrisome. In any society if there is a pressure group driven solely by resentment and the blame of others, danger is lurking at the door. The bitter motivation of resentment knows no reason and no satisfaction.

Any attempt to appease an activist motivated by resentment will end in failure. This is because their resentment driven activism has become an end in itself. Resentment simmers in the human heart for a long time, causing the person to be unhappy. But then the resentment flips.

Rather than wallowing in their resentment, the resentful person actually begins to enjoy their pain. It gives them a cause to fight for. They become a righteous warrior — even a martyr for their cause. Now their whole reason to be — their whole existence is driven by the campaign for “justice.” Once they have identified the enemy they will not cease until they have won their case and destroyed their nemesis.

Joy in Defeating Others

Whenever you appease a bully they win, and with every win they are emboldened to take more territory. Winning becomes a kind of drug. Defeating the perceived enemy gives them a high.

It’s a shame that the mall owners in Reading backed down, but knowing the folks behind Chick-fil-A they’ll simply open up shop in another town that is happy for their business, happy for their cheerful atmosphere, happy that they are employing a team of people, happy for a day of rest on Sundays and happy to eat those terrific chicken sandwiches and waffle fries.