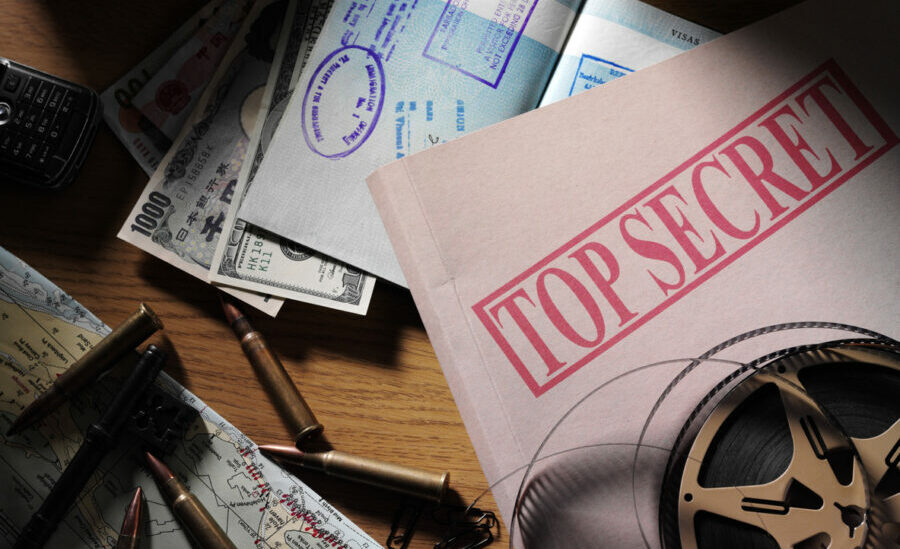 Have you found any classified documents in your home today? You may be the only one who hasn’t.

What? Mike Pence Finds Some Documents With Classified Markings at His Home in Indiana?

How lucky is Joe Biden? Former VP Mike Pence told Congress Tuesday that his lawyer found some documents on January 16 at his Indiana home that bear classified markings. He immediately locked them up, and contacted the National Archives, who then arranged for the FBI to pick them up Friday.

Pence said that following the Biden revelations he had his team scour both his home and his PAC Advancing American Freedom. It still has not been determined if the documents found actually remain classified.

CNN first reported that “about a dozen” documents were found at Pence’s pad. No word on what the documents pertained to. Pence’s lawyers say he has no idea and was “unaware of the existence of sensitive or classified documents at his personal residence.” They’d been inadvertently boxed up in D.C.

Former President Trump raced to Pence’s defense … to the surprise of many.

Did Hunter Biden Use Classified Information on Ukraine in Email to Business Partner?

Did Joe Biden share classified information with the “smartest guy” he knows, his son Hunter? You gotta wonder. Certainly Joe had no problem leaving classified material lying around the house where Hunter was staying as he wheeled and dealed with the likes of China and Ukraine.

But the great Miranda Devine of the New York Post has spotted something very curious on Hunter’s laptop. On April 13, 2014, as Joe Biden was set to fly to Ukraine, Hunter sent a very detailed 22-point email about Ukraine to his business partner Devon Archer.

Here is a screenshot of Hunter Biden’s original 22-point Ukraine email cited in the column. Note the strategic detail. pic.twitter.com/kt6GNdQD85

You can read the email here.

Devine says the email was unique for Hunter. “It’s a prescient and very well-informed email, unlike anything else Hunter wrote in the nine years covered in the laptop, and it has the distinct flavor of an official briefing, perhaps even a classified one.”

Where’d the info come from? Don’t say “Google” — not with the Big Guy prepping for his trip at the same time. Clearly Hunter had access to information culled by the White House.

The best case scenario? Joe shared some unclassified briefing notes with his son. But that would still prove the Big Guy was neck deep in Hunter’s Burisma business.

Actually, there’s another scenario. Who would have been prepping Joe for his Ukraine trip? Putting together the materials found in the email? Likely Joe’s guy on Ukraine during the Obama Administration, Eric Ciaramella. In other words, the so-called “whistleblower,” who in 2019 freaked out when Trump asked Zelenskyy about the Biden Family activities in Ukraine. Yes, the man who ignited the whole Trump-Ukraine impeachment.

What if Joe ordered Ciaramella to hand the info over?

What if Hunter hit Ciaramella up directly for the info? What if Ciaramella has skin in the game Trump was hoping to uncover?

In any event, Eric would be in a position to know where the information Hunter sent came from and its classification. The House Oversight Committee might want to get his testimony pronto. Under oath.

Biden Special Prosecutor Has Not Even Started?!?!?

Attorney General Merrick Garland announced the appointment of Special Counsel Rob Hur on January 12. With Biden classified documents turning up seemingly every other day, you’d think Hur would get right to work. Yet CNN reported Saturday that Hur had not even started. Didn’t even have a role in Friday’s 13-hour search of Biden’s home. What, waiting to see what happened to the Cowboys?

Seriously, how long does it take to pack a rubber stamp?

You Can’t Make This Up

A former high-ranking FBI counter-intelligence official who led the investigation of President Donald Trump for “Russian collusion” has been busted for … wait for it … Russian collusion. Charles McConigal has pled not guilty after being charged with helping Russian oligarch and Putin-associate Oleg Derpaska avoid sanctions and money laundering.

Derpaska has connections to the Trump-Russia hoax. He had hired Michael Steele, the ex-British spy who gathered the so-called “Steele Dossier,” the discredited collection of fibs and fables used by the FBI as an excuse to spy on the Trump campaign and help launch Crossfire Hurricane.

Uh, Pardon Me… But We’re Now Going to Be Sending M1 Abrams Tanks to Ukraine?

So it looks like we are sending M1 Abrams tanks to Ukraine after all. The U.S. had been opposed to it, but the Associated Press is reporting that an announcement of a commitment to send the powerful tanks could come as soon as today. Meanwhile, Germany will be sending Leopard 2 tanks to Ukraine and has approved other nations like Poland sending theirs along.

From our “They Won’t Be Happy Until They Destroy All Human Happiness” file.

Researchers at the Univ. Of Quebec at Chicoutimi have published an article called “How your cup of coffee contributes to climate change.” (Who wants to bet the study was funded by tea growers?)

All I can say is if they think the planet is getting hot now, wait to see how hot things get when hundreds of millions don’t get their morning fix of java.

I seriously believe these people look around to see what uplifts the life of others and then set out to wreck it.

Singer-musician-pop music trailblazer David Crosby passed away last week. In addition to being a member of two of the most influential groups of the 60’s and the 70’s, the Byrds and Crosby, Stills and Nash (and Young), Crosby was an outspoken liberal and activist. In fact, in recent years, he’d become almost as revered for his Twitter feed as he was for his music.

On Wednesday, Crosby responded to a rather silly tweet sent his way suggesting he wouldn’t go to heaven. Crosby shot back, “I hear the place is overrated…cloudy.”

A day later he would die. If reports are true he’d been battling a long illness, he would have had some idea his time was short. We can pray Crosby was being a smart-aleck and his heart was right with God in the end. Still, downplaying heaven is probably not the best way to go out.

It’s not as if David Crosby didn’t have contact with scripture.

In 1990, Crosby and other key members of The Byrds reunited on stage for the first time in decades at a tribute to the great Roy Orbison. They opened with “Turn, Turn, Turn.”