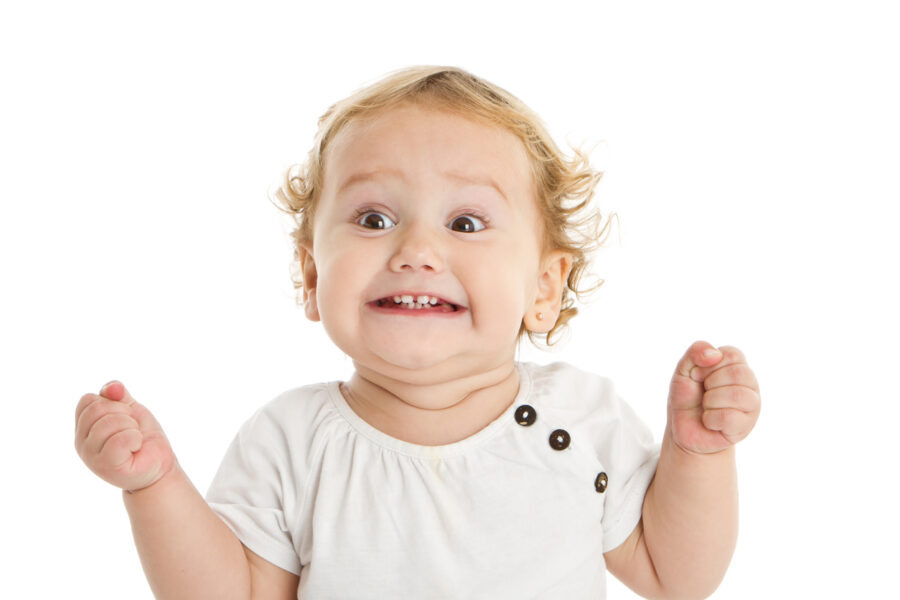 Welcome to the first Monday of the post-Roe world.

Even the Cosmos Rejoiced

The planets aligned Friday morning when Roe was reversed. And I do not mean metaphorically. Friday morning saw a rare alignment of Mercury, Venus, Mars, Jupiter and Saturn, joined by the crescent moon.

And the planets aligned to celebrate life on earth. pic.twitter.com/n68Q6qiJ03

The next time you will see this planetary alignment? In 2040. The year the first post-Roe babies graduate high school.

The Forces of Darkness Lash Out

As expected, pro-abortion forces have responded to Friday’s landmark decision with violence.

The Arizona statehouse was turned into a war zone Friday, as protesters stormed the building, trying to breach security, while the senate was in session, leaving the state senators inside virtual hostages. The protesters banged on the windows of the Arizona Senate, trying to break the glass. The building shook. The senators had to be relocated. The Department of Public Safety was forced to use tear gas to disperse the mob — insurrectionists, by the new definition. Sen. Kelly Townsend tweeted, “We smell tear gas and the children of one of the members are in the office sobbing with fear.”

The Vermont Statehouse was also vandalized.

Two nights of violent protest in Los Angeles included fireworks being launched at police, and one pro-abortion suspect arrested for trying to murder a police officer. Four officers were injured.

Naturally there was a riot in Portland. Windows were smashed, and graffiti read “Death to SCOTUS.”

Pregnancy centers also came under attack. With the help of a “Crisis Pregnancy Center Map” created by two University of Georgia professors that gives the radicals the exact addresses of such centers around the country. The website refers to the centers as “fake women’s health centers.” (I wonder. Do those professors face any discipline for putting in danger the lives of workers at the center and those women who seek their services? Is Twitter kicking them off?)

The Life Choices pregnancy center in Longmont, Colorado was set ablaze Saturday morning. The graffiti left behind carried the new left’s new motto: “If abortion is not safe, neither are you.”

The Blue Ridge Pregnancy Center in Virginia was also vandalized, with windows smashed, and graffiti also threatening that “you ain’t safe.” Said Rev. Dean Nelson, “This type of destruction does nothing to scare the #prolife movement. It only strengthens our resolve to love & serve.”

This type of destruction does nothing to scare the #prolife movement. It only strengthens our resolve to love & serve. #LifeIsAHumanRight https://t.co/hmOOxlMIFM pic.twitter.com/ahBMeUygsm

At a rally in Illinois Saturday night, former President Donald Trump celebrated the Supreme Court decision. “The court handed down a victory for the Constitution, a victory for the rule of law and above all, a victory for life.” He praised the long hard work of the pro-life movement, “Your boundless love, sacrifice and devotion has finally been rewarded in full.”

The crowd roared, “Thank You, Trump!”

Trump said during the 2016 campaign that if elected and hand the opportunity to name two or three justices, Roe would be overturned because he’d appoint pro-life justices. He did, and it was.

Trump in 2016: I will put 2-3 judges on the Supreme Court and we will overturn Roe v Wade pic.twitter.com/ndxQp4ohCd

Voters made their choice. Democracy in action. And Trump kept his promise … and then some. He not only appointed pro-life justices who respected the Constitution, he stuck by Brett Kavanaugh when weaker GOP leaders would have cut and run. Trump was also the first president to attend the March for Life rally.

On Friday, Trump gave credit for Roe’s overturning to God. And who’s going to argue? Only God could take a pro-choice playboy billionaire and turn him into the pro-life president who brought down Roe v. Wade.

Joe Biden — or whoever wrote it on his little card — said the reversal of Roe is “a sad day for the country and the Court.”

“But I’m a good Catholic.” (I add, sarcastically.)

But wait! There’s a rebuttal to Joe Biden. From Joe Biden.  Said then-Senator Biden, “I don’t view abortion as a choice or a right. I view it as a tragedy.”

Yeah, Juanita Brodderick’s rapist might not want to weigh in on what’s “wrong for women.”

Clinton says the decision “puts Democracy at risk” … by a court selected by democratically-elected presidents and affirmed by the democratically-elected Senate letting citizens in their states democratically decide on how they want to legislate abortion. As opposed to a handful of judges. Then again, Clinton’s right. The decision puts democracy at risk because the Democrats’ blood thirst for abortion may well lead them to destroy the filibuster, pack and destroy the Supreme Court, and blow up the U.S Constitution.

By the way, Bill, shouldn’t you be a little more concerned about your pal Gislaine Maxwell facing sentencing tomorrow, and the fact she might finally talk? According to her lawyer, Bobbie Sternheim, Maxwell was “abruptly” put on a suicide watch in solitary confinement … even though she is not suicidal.

Justin Trudeau — The King of Forced Vaccines — Doesn’t Like Decision

One of the perks of being a would-be dictator … and for that matter a Progressive … is the ability to hold two absolutely contradictory positions at the same time, as long as both give you more power.

Take Canadian Prime Minister Justin Trudeau. Please. Trudeau, who has spent the past two years locking down his citizens and forcing them to take COVID vaccines, forcing those who don’t to lose their jobs, their ability to travel, their property, their bank accounts, suddenly is all about personal autonomy.

“No government, politician, or man should tell a woman what she can and cannot do with her body.”

No government, politician, or man should tell a woman what she can and cannot do with her body. I want women in Canada to know that we will always stand up for your right to choose.

The Corporate Sickness: Companies Vow to Pay for Their Employees to Abort Their Children

Fresh off their efforts to sexually groom children, Disney is now vowing to pay the travel expenses of employees in pro-life states who want an abortion.

Wait. A company that makes its money off of children wants to assure there are fewer children?! Woke is the opposite of wise.

Netflix, Paramount and Meta are also eager to foot the bill for female employees to abort their babies. Should we be surprised entertainment companies would promote a culture of death? I mean, you can’t have some actress you’ve invested in being knocked up and ruining your multimillion dollar production, can you?

Dick’s Sporting Goods is also going to foot the travel bill of women who want abortions. (or feel pressured to have an abortion, for that matter.)

What a nice benefit … for all these companies. Paying a female employee to fly off and exterminate her pregnancy is a lot cheaper than paying for maternity leave. And dealing with employees who are mothers.

Isn’t “we’ll pay for your abortion” really just a sick and cynical way for corporations to sabotage the gains made by working mothers over the past decades?

Media Sickness … and a Powerful Response from an Unlikely Source

I find it hard to believe that if one of Ted Cruz’s daughters got pregnant because she was raped or God forbid if an Uncle got her pregnant, that he wouldn’t do everything in his power to make sure that she didn’t have to carry that baby to term.

A better bet. Sen. Cruz would tell them about their grandfather’s friend James, who was conceived in rape … and has only gone on to save the lives of millions and the souls of over 20 million around the globe.

Yeah, we’re talking about our own publisher and founder of LIFE Outreach, International, James Robison. The Stream’s Nancy Flory wrote about it in 2016.

On Friday, CNN commentator Ana Navarro argued that women need the option to abort their babies if the children are going to be special needs. She cited several members of her own family who have special needs. “And I know what that means financially, emotionally, physically for a family. And I know not all families can do it.”

On Saturday, Navarro was taken to task by fellow CNN commentator S.E. Cupp. While pro-choice herself, Cupp vehemently rejected Navarro’s argument in an amazing Twitter thread. “I have an autistic child. I have never met a parent of an autistic child or any parent of a special needs child who said they’d wished they’d aborted him or her.” She continued:

These children face enough stigmas and challenges. Please don’t use our incredible, special, wonderful, super-hero kids to make political arguments, especially about the benefits of abortion.

I have been clear. I don’t want Roe overturned. But don’t even for a second make it about our special needs kids. NOT EVEN ONE SECOND.

Our own Tom Sileo also responded to Navarro’s rant.

I have a daughter with Down syndrome and found @ananavarro’s comments to be ill-advised, inaccurate & hurtful. There is no place for using people with special needs to score political points. We should be focused only on how to make their lives better

Aliya Kuykendall’s “Sunny Side of the Stream” this week is a tribute to the court decision … and loaded with adorable life-affirming clips and memes. “Thank God for Dobbs!”

And Tom Gilson’s out with a warning: “The Frenzy Over Roe Heralds the Crisis for Western Christians.”