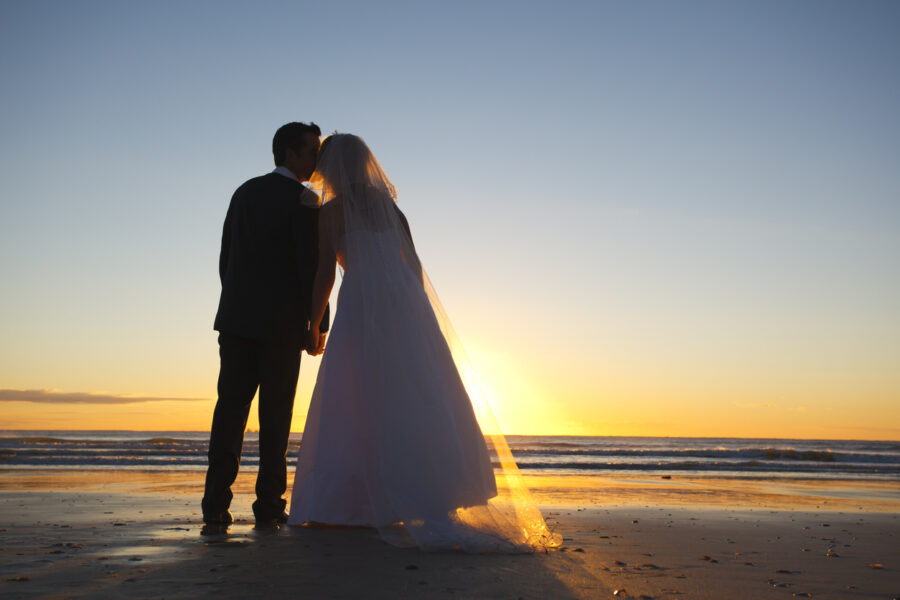 Let’s kick off the Labor Day weekend with some end-of-summertime Brews!

For Trump voters, the sun is rising with you, in essence being declared an enemy of the state.

Am I that far off?

In a prime time speech dubbed “The Soul of the Nation,” Biden railed about the “extremist threat” posed by what he labels “MAGA Republicans.” A MAGA hat is equal to a Klan hood. Your “Let’s Go Brandon” t-shirt is akin to cutting off heads. Line dancing to “God Bless the USA” is the same as goose-stepping.

Now, one can easily dismiss Biden’s speech by saying, “They’ve been a disaster with everything they’ve touched. This is all they’ve got.” And this is the same partisan dog who targeted Clarence Thomas for destruction and told Blacks in 2012 that Mitt Romney (of all people) was going to “put you all back in chains.” He’s demonizing half the country because he’s at 38% approval and failing miserably at the job he’d coveted like the hair of an 11 year old for half a century. That was Tucker Carlson’s scornful take on his program right after Biden finished:

But we’ve seen proof for 18 months now that this regime will use the full force of the federal government to crush anyone it deems opposition, using methods that would make Vladimir Putin jealous.

After all, this DOJ has raided the home of the opposition leader over pieces of paper … yet hasn’t lifted a finger to stop the firebombing of churches and pro-life pregnancy centers. Matthew Perna is just as dead as that Russian oil exec who just “fell” out of a hospital window.

In 1773, we launched a revolution over “taxation without representation.” In 2022 we face “taxation with incarceration.” Just ask the J6 prisoners, if you can reach them in solitary. From what we heard last night, we’re not just in a battle for the soul of our nation. We’re in a battle for survival.

But hear the good news. If we’re the ones in trouble, why are the liberals the ones so angst-filled and angry?

John Zmirak’s take on the speech is just up: “Joe Biden to Half the Country: Drop Dead, Fascists”

Former President Trump responded on Truth Social, saying, “If you look at the words and meaning of the awkward and angry Biden speech tonight, he threatened America, including with the possible use of military force. He must be insane, or suffering from late stage dementia!”

For those who missed the speech, here’s a recap:

Congratulations, You Politicians and Teachers Unions That Pushed Continued School Shutdowns. The Data’s In. You Wrecked Our Kids’ Math and Reading Aptitude

No matter how much people screamed that school shutdowns over COVID would be a disaster for kids, that blocking in-school learning would stunt their education … still the teachers unions and CDC kept at it. As did leaders in blue states and cities.

Now the bill comes due. New data from the National Report Card indicates reading scores saw their biggest drop in 30 years, while math scores for 9-year-olds dropped for the first time ever. As the Washington Examiner put it, “Two decades of educational gains were wiped out in two years.”

Sadly, the damage was worse for students of color. For example, according to the Associated Press:

So much for “equity.” All this, even though it was known almost immediately that COVID had little or no impact on children.

In Pennsylvania, John Fetterman is refusing to debate GOP candidate Dr. Oz. He’s using the stroke he had in May as an excuse. So you can’t debate on a stage, but you will be able to debate on the Senate floor?

To that point, on Wednesday, Fetterman advisors told the Washington Post their guy can handle one-on-one conversations, but struggles in “more chaotic auditory environments.” Yes, he has terrible difficulties, and we pray for a full recovery. But dude, the Senate is one of the most esteemed deliberative bodies in the world. You’re all but admitting you’re not up for the job. Unless you see your job as bowing down to whatever it is Schumer and Pelosi and Soros and Obama tell you.

But perhaps there’s another reason Fetterman won’t debate. He doesn’t want to have to explain to Pennsylvania voters why he hired for his campaign two convicted murderers. Or why he’s so eager to get murderers sprung from prison.

In Arizona, Kati Hobbs wants no part of debating Kari Lake in the governor’s race. Like Dr. Oz, Lake is an experienced TV personality, so we can understand why Hobbs might be skittish.

But what’s Mark Kelly’s excuse? He’s avoiding debating Blake Masters, who we keep being told is a MAGA guy who has no chance in the Senate race. Kelly and Hobbs are whining about the debate rules.

Perhaps it’s not cowardice. But rather arrogance. As Biden showed last night, Democrats feel so little respect for the American people, they think coming before them in neutral settings to debate is beneath them. Or maybe it’s just easier to sit on your fanny and call your opponents “fascists” and hope the American people are stupid enough to believe you.

60% of Alaskans who voted in the state’s special election to replace the late Rep. Don Young voted Republican. The seat’s been Republican for 50 years. But thanks to Alaska’s new obtuse ranked-choice voting system the one Democrat who wiggled through the convoluted system gets the win, after the other qualified candidates split the Republican vote. That includes former Gov. Sarah Palin.

So even though Palin would easily defeat Mary Pelota in a normal head to head, she is denied. On the plus side, Palin, Pelota and Republican Nick Begich go through this again in November in the regular congressional election. Palin is urging Begich to step aside to allow the one-on-one match-up and re-secure the seat for the GOP.

Here’s a primer on Ranked-Choice Voting, which Tom Cotton said in a tweet is “a scam to rig elections.”

Ranked-choice voting is a scam to rig elections.

The Federalist explains how it worked to sabotage Palin and the Republicans in this election.

On Wednesday, an emergency alert flashed on TVs and devices across Los Angeles County.

Some residents in Ventura County also got the alert. Authorities quickly sent out word that the message was sent “in error.”

Really? Given what L.A. has turned into, immediately evacuating still sounds like sound advice.

And this despite the TV networks having more reach than the cable-based Fox News.

Gutfeld accomplished something revolutionary for late night TV in the 21st century. He is actually funny.

We’re hearing wedding bells along The Stream! This weekend our Gayle McDougall and her fiancé Daniel will be getting married!

Please join The Stream family in praying decades of happiness and generations of impact for the happy couple.