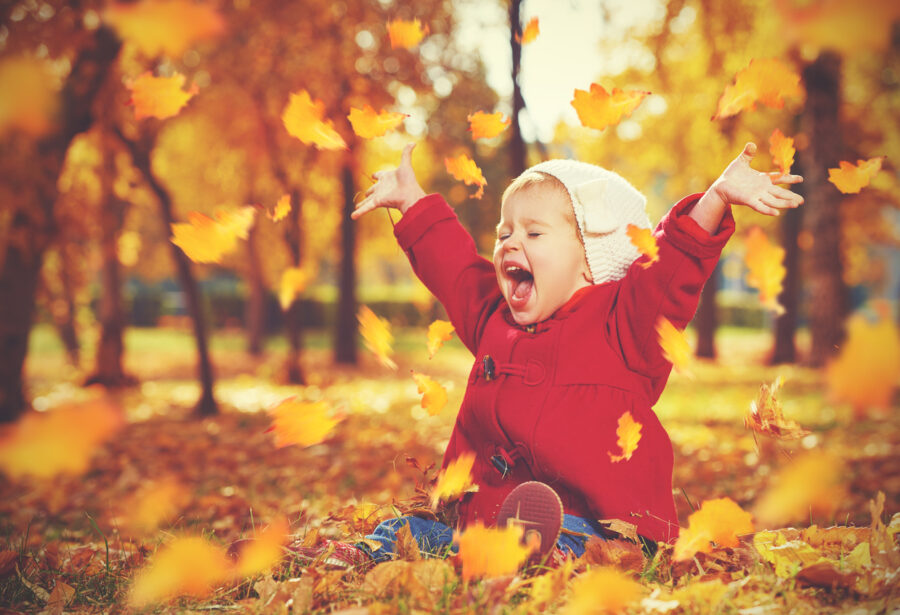 Welcome to the first full day of autumn!

And you know what the shorter and shorter days mean? “More time for Biden’s secret night flights of illegals around the country?” I was thinking cooler temps and pumpkin spice in everything … but that’ll do.

Bad News for the Abortion-Till-Birth Crowd: Media ‘Goofs’ and Spreads Story About the Unborn Sensing Flavors

In a culture that wasn’t pushing to kill babies up to the point of birth (and beyond), this would be an adorable story. New research seems to show that unborn children in the womb react to flavors. For example, they seem to like carrots and don’t like kale.

Fetuses are big fans of carrots but not leafy green vegetables – and you can tell by the look on their faces.
https://t.co/CrhlrvySm7

Amazingly, the media is actually covering the story … it’s cuteness overcoming how damaging it is to the “abortion-till-birth, it’s not really a human” crowd. I mean, if the cutie can express favoring carrots over kale, it can certainly express horror and feel the pain of being butchered.

A “baby” when it makes for a cute news story.
A “fetus” when justifying killing them. https://t.co/SfLwK6BMX6

The realization that spreading the story could hurt the Dem cause had our Jay Richards observing:

How long until this little glimmer of light is deleted? https://t.co/GvUu3faT3u

In a related story …

How much tin foil do you need to cover that head, Stacey Abrams? According to the Democratic candidate for Georgia governor, “There is no such thing as a heartbeat at six weeks. It is a manufactured sound designed to convince people that men have the right to take control of a woman’s body.”

Georgia Democrat Stacey Abrams: "There is no such thing as a heartbeat at six weeks. It is a manufactured sound designed to convince people that men have the right to take control of a woman's body."

You get that? OB/GYNs across the country … nay, the globe … have conspired with nurses and technicians to invent audio of fetal heartbeats. Fake, like the blips and beeps of R2-D2. Faked, like the moon landing. Faked so men could keep women from the right to kill whatever’s in their womb. And millions of health workers are in on it. (CUE THEME TO The Twilight Zone.)

Elect that woman governor? They shouldn’t let someone that delusional drive.

Funny thing is, even if she’s right that the heartbeat isn’t really a heartbeat at that point (and she’s dead wrong), it certainly becomes a heartbeat before long. And Abrams is still okay with crushing that heart. In fact, she’s okay with killing children in the womb without restriction, without hesitation.

You know the saying: “Even the devil can quote Scripture.” Let’s amend that to “Even an ambitious, failed governor doing the devil’s work can quote Scripture.” We’re talking about California Gov. Gavin Newsom. In his campaign to drum up abortion tourism, Newsom is using the words of Jesus Christ on billboards in states that limit or ban abortion.

He’s got billboards up in seven states, including Texas, Mississippi, South Carolina and South Dakota. Some plug California as the place to come to rid yourself of your baby. And quote Mark 12:31: “Love your neighbor as yourself; There’s no greater commandment than these.”

Reaction to using the words of Jesus to plug the slaughter of innocents has been fierce.

“The idea that Newsom is using the words of Jesus Christ, the Holy Scriptures, to promote the killing of unborn children as somehow loving and commanded by God is quite frankly disgusting,” Jay Sekulow told Fox News Digital.

Matthew Schneider, a Roman Catholic priest, remarked, “The most basic level of loving your neighbor as yourself is not killing your neighbor, yet that’s exactly what abortion does.”

Joy Stockbauer of the Family Research Council called Newsom’s “disrespect” of the religious belief of many Americans “disturbing.”

“Perhaps Newsom wouldn’t be so desperate to draw vulnerable women to California if his actual constituents weren’t fleeing the state in droves due to his unwillingness to address the rampant violent crime problem.”

I can’t be sure of this, but I think Newsom wears a little wristband that says, “What Would King Herod Do?”

Last Saturday, Stream editor Tom Sileo’s daughter Natalie was among those with Down syndrome featured on the huge screens in Times Square. Tom writes about the experience and shares awesome pics in “In Times Square, Down Syndrome Takes Center Stage.”

It only took four days, but CNN and other MSM outlets finally started reporting on the murder of Republican teenager Caylor Ellingson by a man enraged at his political views. Ellingson was deliberately run over by 41-year-old Shannon Brandt after a “political argument.” Does anyone remember the immediate, loud and persistent out-roar from the media over the death of a young woman run over during the Charlottesville Riot? Now we get crickets for four days.

A man in North Dakota was charged with felony vehicular homicide after he fatally struck a teenager with his SUV following what he said was a "political argument," authorities said. https://t.co/74SrmynB7T

CNN had to be dragged kicking and screaming into mentioning the story. But CNN still being CNN, buried the fact the brace-faced 18-year-old was murdered for being a “Republican extremist.”

And where are Congressional Republicans? Two weeks after Biden dubs half the country extremists a cherub-faced teen is rubbed out simply for being a Republican. Bloods on Biden’s hands, and Swamp Republicans are handing him a towel to wipe it off.

Silence in the Face of Evil

Bonhoeffer said it, “Silence in the face of evil is evil itself.”

This is a chief theme of Eric Metaxas’ new book Letter to the American Church. Metaxas describes the ominous parallels between today’s American church and the German church in the early ’30s. If the American church doesn’t speak up and get to work, we are likely to see similar devastation in our nation and the world … or worse.

You’ll be hearing a lot about the book and from Eric in the coming days. He dropped by our studios yesterday in advance of his speech tonight at the Christians Engaged Wake Up! Conference. Keep an eye next week for Eric’s conversations with Stream publisher James Robison and his old Yale classmate John Zmirak. Fascinating, fascinating stuff. And Eric and John and James being Eric and John and James, also loaded with fun.

It’s also not too late to sign up to see the Wake Up! Conference live online. Eric is featured tonight while John speaks tomorrow. That’s just part of a powerful line-up.

Have a great weekend and enjoy the start of fall!