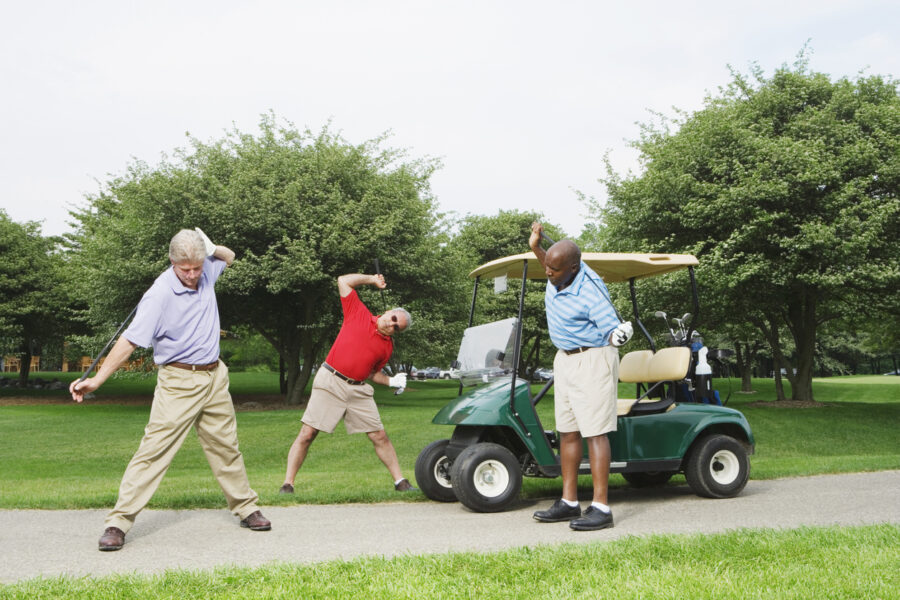 We can’t help but open the Brew with a dash of inspiration.

Tiger Woods did not win his 6th green jacket this weekend at the Masters. In fact, on Saturday he had his worst round ever at Augusta. Still it may well have been his greatest weekend at the Masters. 13 months ago, Tiger Woods was a mangled mess. A brutal car accident had left his right leg shattered. With good surgeons, grit and the grace of God, perhaps he’d be able to play golf again … with his son and his pals and the aid of a golf cart. But the pro tour? Not likely. One of the Majors? Like hitting a hole-in-one with a hockey stick. But Thursday, at the Masters, came those unbelievable words.

Tiger Woods has teed off at #TheMasters.

This is real life.

Sniffle. Sometimes the greatest victory is just showing up.

What’s more, Tiger made the cut! He made the cut with four birdies on the back nine Friday. At 44, and his back and leg a roadmap of scars, Tiger Woods showed why he’s the GOAT. The cold machine of old inspired awe. The broken, patched up figure hobbling the manicured hills of Augusta, inspires us.

Congratulations, Tiger. And thanks.

Shortly — and conveniently — before the 2020 election, the FBI (and media) offered a shocking story: A group of men had plotted to kidnap Michigan Gov. Gretchen Whitmer over her draconian COVID policies. The story was blown up as a sign of how dangerous Trump and his supporters are. Whitmer herself blamed Trump for the plot.

Over the months, evidence emerged that many — if not most — of the “conspirators” involved were actually FBI agents and informers egging the others on. And on Friday, a jury shoved the charges back in the FBI’s face. Not a single conviction for the four men charged. Two were acquitted and the jury deadlocked on the other two.

Investigative journalist Julie Kelly told the Clay and Buck show after the verdict: “These men didn’t even know each other before the FBI got involved! They are going on excursions and trips that were planned by the FBI, that were paid for by the FBI.”

“This is yet another example — a more flagrant and possibly far more damaging example — of the FBI, once again, interfering in a presidential election to sabotage Donald Trump.”

Let’s call it for what else it was: A dry run for January 6.

A J6 Acquittal That Could Open the Door for Further Acquittals

On Wednesday, Matthew Martin became the first January 6 prisoner acquitted. The judge ruled that Martin’s assertion he didn’t think he was trespassing since Capitol Hill police were letting him in was “plausible,” given the video evidence. “People were streaming by and the officers made no attempt to stop the people,” said Judge Trevor McFadden.  Insurrectionists? Hardly, more like tourists.

As Politico noted: “The ruling is a blow to the Justice Department and seems likely to elevate similar defenses from hundreds of other members of the mob who have claimed that they didn’t know they weren’t permitted inside the Capitol and believed that police officers had approved their presence.”

Already one J6 political prisoner, Shawn Witzemann, has announced he’s not going through with his planned plea deal after the acquittal.

I want resolution in this case more than anyone, but a plea agreement would have forced me to lie under oath. After thoughtful consultation with my family, my attorney, and my God, it is obvious that trial is the only acceptable option at this time. https://t.co/PNfTfHxHXZ

Will the dominos continue to fall as in the Whitmer case? Will the agents and power players behind the efforts to entrap ever see justice?

A few years back, Soros-funded St. Louis Circuit Attorney Kim Gardner ran a corrupt smear prosecution against then-Governor Eric Greitens. The case fell apart when it was revealed Gardner lied about the evidence she had on Greitens. By then, Greitens had resigned.

John Solomon of Just the News issued a public records request for communications Garner had had with a George Soros-funded organization and other individuals connected to the case. Garner refused.

On Friday, the Missouri Supreme Court sided with Solomon. The Soros operative has  30 days to hand over the records … and she must pay Solomon’s legal fees.

You remember Gardner. She’s the one who prosecuted that St. Louis couple the McCloskey’s who defended their home when BLM gangsters stormed onto their property. A judge later removed Gardner from the case after she used the McCloskey’s name in a fund-raising letter.

UPDATE: On Monday morning, Kim Gardner admitted wrongdoing in the Greitens case to a state legal board. According to KMOV TV, Gardner agreed to a reprimand, with specific disciplinary actions being left up to the Missour Supreme Court. Gardner is accused of failing to disclose evidence to Greitens’ lawyers, misrepresenting evidence, among other dirty deeds.

At What Point is It Elder Abuse?

On the District of Columbia’s Department of Aging and Community website, you find this item: “If you believe that an adult you know is being mistreated, exploited, or abused, Adult Protective Services (APS) can help assess and provide support. APS social workers help to ensure that DC residents in need of protection are connected to the services they need.”

BIDEN: "I was in the the foothills of the Himalayas with Xi Jinping, traveling with him, that's when I traveled 17,000 miles when I was Vice President. I don't know that for a fact." pic.twitter.com/hoiGCUGckR

Hey, APS. This man is a DC resident. That’s his house in the background, at 1600 Pennsylvania Ave.

If Jill Biden’s enjoying the perks of being First Lady too much and those with the constitutional authority to invoke the 25th Amendment are too eager to cling to their own power … or too frightened of a President Kamala Harris to do anything. Perhaps there’s something the citizens of DC can do.

Then again, if you believe Tucker Carlson, the Democratic and media establishment has now decided to jettison Biden. (Joe being ignored, then brushed off by Obama last week being a telling example.) So maybe it’s only a matter of time.

In any case, the cruelty of pretending Joe Biden is fine and mentally fit must end.

Will Smith Has Been Banned From the Oscars for 10 Years

The Academy of Motion Pictures Arts and Sciences announced Friday that Will Smith has been banned from attending the Oscars for 10 years for slapping Chris Rock during this year’s ceremony.

10 years of not being able to attend the Oscars. Okay. So where’s his punishment? Ban him from Oscar after-parties. Now that would hurt.

Smith said, “I accept and respect the Academy’s decision.”

Stream contributor Mark Judge offers a fresh perspective with “Will Smith, Chris Rock and the Slap: The Return of the Honor Code?”

And later this morning, Dr. Michael Brown takes a philosophical look with “A Split-Second Slap and a Ten-Year Ban.”

This Holy Week, Pastor Shane Idleman has a question: “The War on Lukewarm Christianity Has Begun: Will You Fight?”

And a huge thanks to the Stream folks who filled in for me while I was wandering the countryside. Didn’t they do a bang-up job?