The Brew: The Swamp Plays Santa for Zelensky 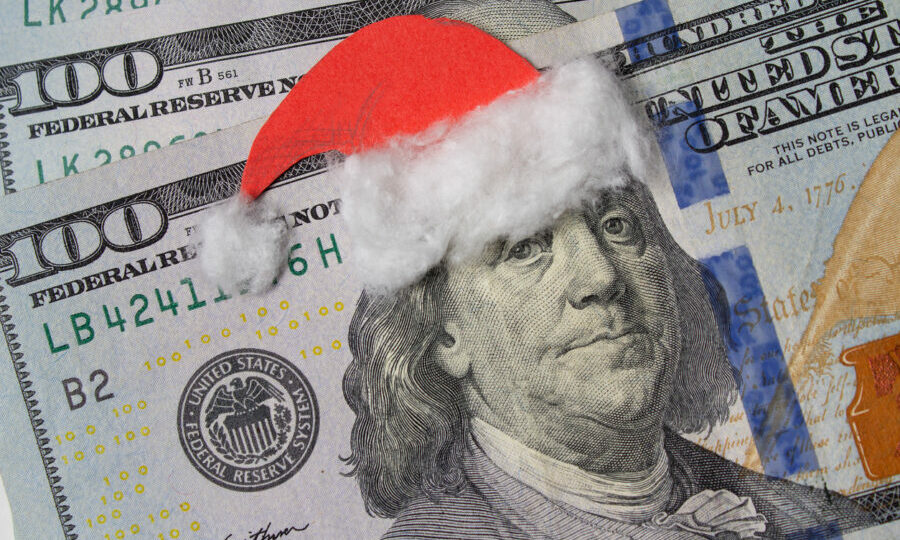 If I self-identify as “Ukraine,” can the Swamp play Santa for me too?

Ukraine President Volodymyr Zelensky made a surprise trip to Washington Wednesday, meeting with Joe Biden. Zelensky pressed for continued aid. “We are grateful for [the United States’] support, but it is not enough. It is a hint — it is not enough.”

A hint?! Ukraine’s president is already getting another $45 billion in the new Omnibus bill. Biden announced another $1.85 billion from the Pentagon Wednesday. He’ll also be getting Patriot missile systems … which traditionally require U.S. soldiers to man. The total so far, if the Omnibus passes? Around $100 Billion. Ten boxes of Christmas cookies says he leaves with the Washington Monument.

On Tuesday, Mitch McConnell said funding Ukraine’s war is the GOP’s top priority. “Providing assistance for Ukrainians to defeat the Russians is the No. 1 priority for the United States right now according to most Republicans.” Which is why McConnell lost the Senate.

It may take 60 years like the JFK assassination, but some day we’re going to know what Ukraine has on Biden, Obama, the Deep State and the Swamp. Sure, Obama-Biden overthrew their duly elected government in 2014 and the Biden Family pocketed millions from Ukraine. But is that really just it? Trump merely asks Zelensky what the Bidens had been up to and official Washington lost its mind. The impeachment was nothing if not panic.

Now this same Zelensky is being handed billions and billions and billions of our dollars with no accountability, and we’re on the verge of an all-out war with Russia … a war where Americans are suffering, but Russia isn’t. And the Senate Minority Leader is trying to tell you helping Zelensky win is his top priority. Not the economy, or the border, or the spiking crime, or even drag queens twerking in the face of children.

Aren’t you dying to know what Zelensky knows that Trump wasn’t allowed to find out?

The White House on Immigration: The Border’s Not Open … But the Border is Republicans’ Fault

They should hang Christmas ornaments on Kamala Harris so she’d at least serve one useful function at the White House. We see what’s happening at the border. It has, in effect, disappeared. And with the end of Title 42 looming, cities and states are warning of collapse of social systems from the extra hundreds of thousands, dare we say millions of illegal immigrants rushing across the border.

Harris is the “border czar.” The border was her assignment. Even the White House can’t name one thing she’s accomplished for the border, and they were asked directly Monday. She’s not only failed — or hasn’t bothered to try — but now she’s turning around and blaming Republicans for what’s happening at the border. She said the GOP was “unwilling to engage in meaningful reform.”

What makes the “It’s the GOP’s fault” claim so contemptible is this: White House Press Secretary Karine Jean-Pierre is insisting the border is not “open.” There’s no problem, but the problem is the GOP’s fault.

The White House wants all these millions of illegals here. One clue, aside from the daily footage, is the language. They never speak of “controlling” the border. Or “stopping” illegal immigration. They speak of “managing” the influx of migrants.

The sad thing? They stink at that too. For example, The Blaze reports ICE lost track of 150,000 people thanks to Biden’s “no processing” policy.

And with parts of Texas dropping into single digit temperatures this week, and shelters overflowing, their failure to “manage” their flood of illegals is likely to end with people frozen in the streets.

We pray they find warmth and shelter. That local and state authorities can somehow, supernaturally, stave off the inevitable consequences of these insane and inhumane border policies.

New Book: Biden Grumbled Harris Was a ‘Work in Progress’

Joe Biden was frustrated with Kamala Harris and described her as a “work in progress” in the early months of the administration, according to a fawning new book on Biden’s presidency, The Fight of His Life. Politico got a look at the book. Harris and her camp were whining about the tough assignments she’d been given. Biden was ticked. “He hadn’t asked Harris to do anything he hadn’t done as vice president — and she’d begged him for the voting rights assignment.”

Biden and his staff also griped that Harris tended to show up for meetings unprepared.

The book comes as more and more liberal media outlets are pushing Joe to dump Kamala in 2024. Conservative Brief has the rundown.

What do we say? If Trump had something scandalous in his tax returns, Obama-Clinton-Biden wouldn’t have had to make up the Trump Russia Collusion Hoax. Obama’s IRS would have leaked it in 2016. The goal is to embarrass Trump. Which begs the question: Does Trump strike anyone as someone who blushes easily?

Still, out of vindictiveness, the Democrats have released the personal tax records of a private citizen. And barely a ho-hum.

The problem with Trump Derangement Syndrome is these House Democrats can’t see the dire problem with releasing Trump’s taxes. They’re setting a precedent. The House Republicans will get their mitts on Joe Biden’s tax returns. And we know there’s trouble there. Hunter’s already being investigated for tax evasion, Joe’s a business partner of Hunter’s … and emails on Hunter’s laptop show him griping about having to give his father 50% of whatever he has earned. You think the Big Guy’s big cuts show up on his taxes?

The Biden Stasi, otherwise known as the FBI, has responded to the shocking revelations in the #TwitterFiles about their manipulation and coordination with Twitter to interfere in the 2020 Elections. If you were expecting a mea culpa, you haven’t been paying attention these past six years. The FBI dismissed its actions as routine, insisting they never ordered the deletion of any particular tweets.

Then came the snark: “It is unfortunate that conspiracy theorists and others are feeding the American public misinformation with the sole purpose of attempting to discredit the agency.” Sorry, rats. After you lied to Twitter and the American people about Hunter’s laptop, you don’t get the use the word “misinformation” until it’s in an apology and letter of resignation.

Stream editor Nancy Flory offers seasonal and personal inspiration with “In the Middle of the Christmas Season, Jesus Says ‘Peace, Be Still.'”