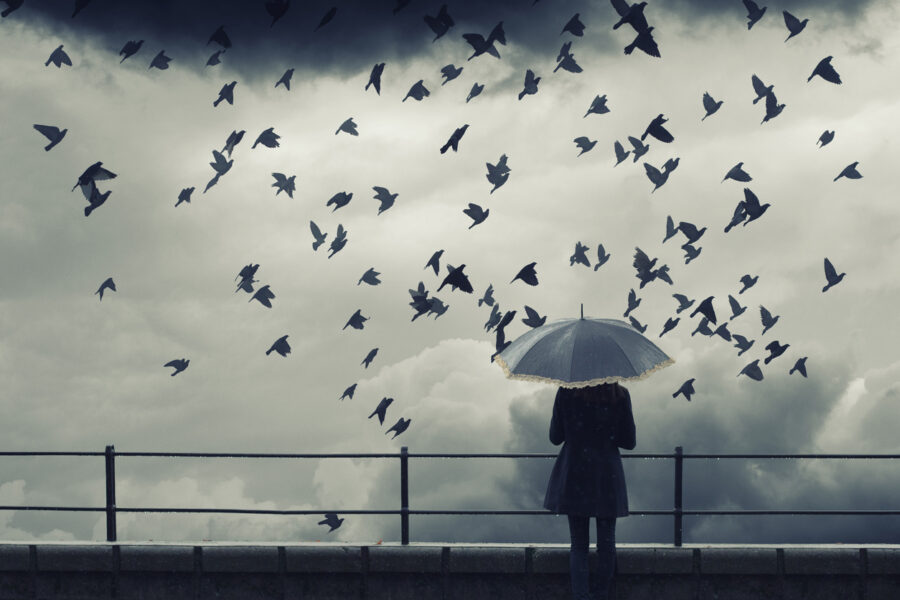 Welcome to a day of the eerie and odd. But enough about the attack on Paul Pelosi.

For more on that, see our “Strange and Spooky Attack on Paul Pelosi.“

Horror houses don’t have the screaming you’re hearing from the left since Elon Musk officially took over Twitter late Thursday and declared “the bird is free.”

Though my favorite Musk tweet over the weekend is this:

Finally, the truth that carbs are amazing can be said on this platform! #FreeSpeech

Musk also set the internet ablaze Sunday by tweeting an article that posited that Paul Pelosi had been engaged in a drug and sex tryst that went wrong. His tweet was a reply to Hillary laying blame for the attack — without evidence — on Republicans. He later deleted the tweet. (Though that could have been the whole point of the tweet, when you think about it. “I’ll match your baseless allegation, and raise you.”)

On Sunday, the Twitterverse noted that philosopher Jordan Peterson (@JordanBPeterson) is back on Twitter. He’d been suspended June 30 for tweeting: “Remember when pride was a sin? And Ellen Page just had her breasts removed by a criminal physician.”

Now known as Elliot, Page rose to fame as a young actress. Twitter suspended Peterson for “violating the Twitter Rules on Hateful conduct,” by “misgendering” Page. Peterson refused to delete the tweet. Now he’s back.

Does that mean the suspension of former President Donald Trump is on the way? It’d sure be a “treat” today to terrorize all of Hollywood with one simple tweet from Trump?

Meanwhile The Babylon Bee has come out with “10 Most Controversial Things You Can Finally Say on Twitter Now.” We won’t spoil it all, but the list includes: “The whole COVID origin theory of ‘Chinese guy eating a bat’ is not only false, but kind of racist” and “Black Panther was just okay.”

But the best is the closer:

All of us are hopeless sinners in need of a savior, and only by the redeeming blood of Jesus Christ can we be saved – we hear this has occasionally caused a stir even pre-Twitter!

Where’s Betsy Ross? We need a new flag. According to the President of the United States, we now have 54 states.

Biden claims there are “54 states.”

That wasn’t Biden’s only scary moment in recent days. He freaked out Kamala Harris during a joint appearance by seeming as if he was about to topple over the stage.

Poor Harris. If she grabbed him, he looks weak. If he falls over, she’d be blamed. And Joe, what’s with sprinting other side of the stage? See a ghost? One you don’t want to shake hands with?

Biden himself is like a ghost, with Election Day a week-and-a-half away. He spent the weekend in Delaware, rather than on the campaign trail.

Candidates don’t want him. They’re running from him like he was Freddy Krueger.

Evil on The Hill: Congressional Aide Caught Collaborating With the Chinese Embassy

The office of yet another Congressional Democrat appears to have been compromised by the Communist Chinese. An aide to Virginia Rep. Don Beyer has been fired after investigators determined she was working on behalf of the Chinese Embassy to arrange meetings in congressional offices. Beyer’s people say the congressman had no idea about Barbara Hamlett’s activities. She was promptly fired.

Country star and American Idol judge Luke Bryan was playing a Hurricane Ian fundraiser in Jacksonville. At one point, he brought out Florida Gov. Ron DeSantis. You know, the guy leading the response to Ian?

“I understand Governor Desantis is a very polarizing figure. But I grew up in a country where if a governor asks you if they can come and raise awareness to help victims of a natural disaster you help.”

The final charter member of the Rock-n-Roll Hall of Fame died Friday. “The Killer” Jerry Lee Lewis passed away at the age of 87. Lewis is best known for exhilarating classics like “Great Balls of Fire” and “Whole Lotta Shakin’ Going On,” songs powered by his ferocious piano playing. You want to treat yourself? Check out “Live at the Star Club, Hamburg, Germany.” Recorded shortly after the Beatles launched the British Invasion, Lewis played a gig at one of the Beatles’ old haunts. That night he played as if he was single handedly going to take rock-n-roll back from the Brits.

Unfortunately, Lewis was also known for his personal demons. He blew his career to bits by marrying his 13-year-old cousin Myra. He accidentally shot one of his musicians. Decades of drinking, drugs, violence and run-ins with the law. But he kept on playing and pounding that piano.

Even has he wrestled those demons, Lewis remained a man of faith. And he left singing to the Lord. Just months ago, Jerry Lee released a gospel album called “The Boys of Ferriday” with his cousin Jimmy Lee … who the world knows as Jimmy Swaggart.

Let’s send Jerry Lee home with a cut from that album. Though hampered by a stroke, time and a whole lot of wear-and-tear, Jerry Lee Lewis still delivers, and that left hand can’t help but pump the piano.