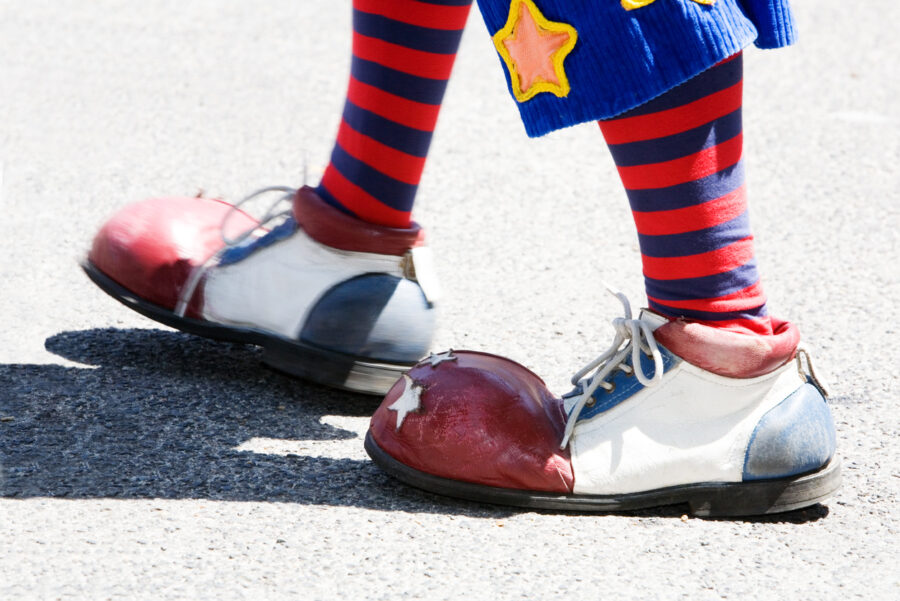 Went to bed Wednesday night with Dr. Oz slightly ahead of Dave McCormick in the GOP Senate Primary in Pennsylvania.

Imagine my surprise waking up this morning to see Biden up by 200,000 votes.

Homeland Security’s new Disinformation Governance Board has been put on hold, after fierce opposition from conservatives, who knew this Ministry of Truth was aimed at them, and genuine liberals who recognized its terrible threat to free speech. The Washington Post broke the story — ironically, just a couple days after owner Jeff Bezos suggested the Board take a look at Biden’s disinformation linking inflation to corporate tax rates.

The newly created Disinformation Board should review this tweet, or maybe they need to form a new Non Sequitur Board instead. Raising corp taxes is fine to discuss. Taming inflation is critical to discuss. Mushing them together is just misdirection. https://t.co/ye4XiNNc2v

“The newly created Disinformation Board should review this tweet, or maybe they need to form a new Non Sequitur Board instead,” Bezos said.

According to WaPo, DHS decided to drop the board earlier this week, and the lady tasked to head the board, Nina Jankowicz, drafted a resignation letter.

Jankowicz has become notorious for spending years peddling false story after false story and proving herself very willing to censor anyone who doesn’t see the world the way she does.

However, she’s earned her place in Washington political lore for her fondness for breaking out into song. Who will ever forget this classic?

Homeland Security says she’d still have a job at DHS if she wants one. But if she does leave, will she just open an umbrella and lift into the sky? (What, you were thinking a broom?)

But don’t think for a second that, the administration’s goal to censor its opponents has ended. New White House press secretary Karine Jean-Pierre said Wednesday there will be a “pause” and “we’re going to do an assessment” of the Ministry of Truth. But, “The work doesn’t stop.”

Inflation Station: A Nickle for Your Thoughts … and a False Story About Costco Raising Prices on Food Court Hotdogs

Whew. That was close. Yesterday morning word circulated that Costco was raising the price of its food court hotdog combo a dollar. Bye-bye, the traditional $1.50. The news was so upsetting, Costco stock dropped 13%. But alas, the story is false. Someone pulled a Smollett.

And the price is not likely to change soon. In 2018, current CEO W. Craig Jelinek told Costco co-founder and CEO at the time Jim Sinegal he’d have to raise the price of the hotdog. “Jim, we can’t sell this hot dog for a buck fifty. We’re losing our rear ends.”

According to Jelinek, Sinegal responded, “If you raise (the price of the) BLEEPing hot dog, I will kill you.”

The DHS is warning of potential violence if Roe v. Wade is overturned. Not exactly a tough call, given promises from the abortion cult of a “Summer of Rage.” But this being the Biden Administration, they have to toss in worries of violence from pro-life people happy with the decision.

Memo to DHS: I can guarantee there will be actual violence … every time an abortion is performed.

Elon Musk has written a “Dear John” letter to the Democratic Party, showing them the door.

In the past I voted Democrat, because they were (mostly) the kindness party.
But they have become the party of division & hate, so I can no longer support them and will vote Republican.

Then he added the kicker … and a popcorn emoji.

Now, watch their dirty tricks campaign against me unfold …

Increasing testosterone levels can turn Democrats more politically conservative. That, according to Professor Paul Zak, the Director of the Center for Neuroeconomics Studies at Claremont Graduate University.

His conclusion: “Our results demonstrate that testosterone induces a ‘red shift’ among weakly-affiliated Democrats.”

“When weakly affiliated Democrats received additional testosterone, the strength of their party fell by 12 percent and they reported 45 percent warmer feelings towards Republican candidates for president.”

‘The Greatest Show on Earth’ Returns … But Without Animals

Come September 2023, Ringling Brothers and Barnum & Bailey will return after five long years away! The Greatest Show on Earth! However, the fabled circus will not have any animals in the act. No live lions. No elephants. Even the doggies have been fired. Instead the show will be more interactive and intimate, with performers sharing their stories.

“Our performers dedicate their lives to doing oftentimes risky, very technically challenging and athletic performances, and they do it because they are passionate about it,” circus Chief Operating Officer Juliette Feld Grossman told the Associated Press. “And we want our audience to know more about them to understand how they trained, where they came from, what inspired them to create and develop this particular skill.”

Why not go full woke? If you won’t use the real animals, enlist people who identify as circus animals. Wait. Even better! Grab a few Otherkins who think they’re dragons, and who’s gonna miss a few ol’ elephants? Sure, the front row might get singed, but what fun!

Stream Senior Editor Tom Gilson vivisects the latest effort from the Westar Institute, home of the infamous Jesus Seminar. “Liberal Scholars ‘Queering’ Early Christianity: ‘Let the Gender-Creative Celibate Men Come Unto Me’” What they do to the New Testament text borders on madness.