The Brew: Sure. Why Wouldn’t Federal Workers Be Housekeepers and Personal Assistants to Illegal Immigrants?

Meanwhile, booing is Philly-speak for 'Gee, Jill, you're swell!' 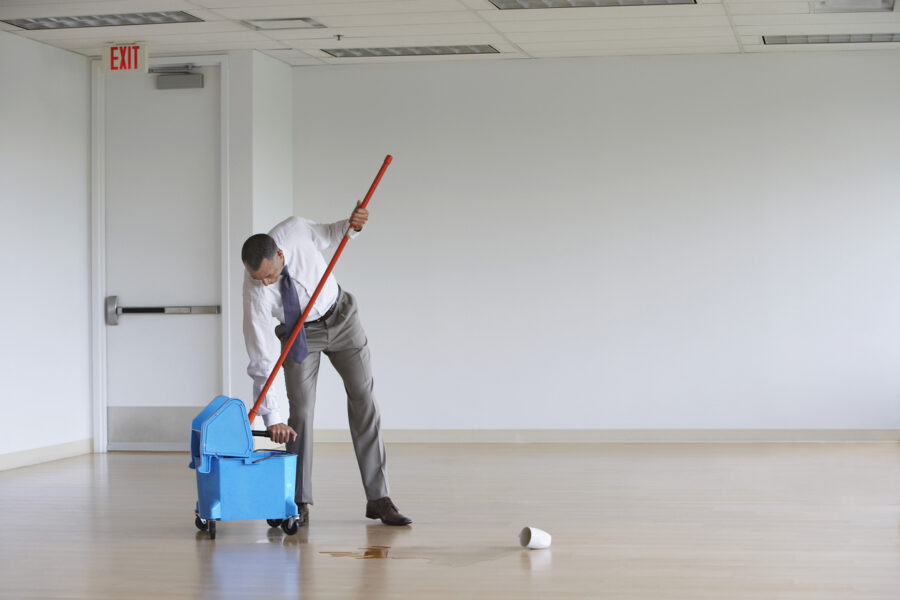 It’s Tuesday. Three weeks until Election Day. Your vote can help decide if we are a constitutional republic … or a bananas republic.

A bananas republic has all the tyranny and dysfunction of a banana republic, but with an extra layer of crazy.

Good news! The Feds are finally rushing personnel to the southern border. The bad news? The personnel will be used to do chores for illegal immigrants.

Think I’m making it up? Read for yourself.

DHS has sent a notice throughout the Federal government looking for full-time federal civilian employees willing to volunteer for 60 day details at the border. Their task? Care for illegal immigrants, performing such tasks as “meal prep, property management, supply and medical runs, control room monitoring, housekeeping and data entry.”

Dang! DHS is giving illegal immigrants their own housewives! On your dime!

“Philadelphia fans are the most informed and most obnoxious fans in the world,” longtime Eagles fan Joe Biden said last year. Sunday night demonstrated how right he was.

First Lady Jill Biden was booed ferociously by Philadelphia Eagles fans when she made an appearance before Sunday night’s game with the Cowboys. But that’s not the story. I mean, it’s Philadelphia. They famously booed Santa Claus.

The story is that it was nearly impossible to find footage of the booing on social media or find any mainstream media talking about the incident. Either to confirm or deny. Twitter nearly wiped it down clean. It certainly wasn’t in NBC’s edit of her appearance.

Daily Caller did find one tweet. (We’d link, but the tweet has foul language and the video shows the crowd wasn’t just booing. It was chanting the vulgar anti-Biden slogan that’s euphemistically dubbed “Let’s Go Brandon” … if you catch my drift.)

Later Monday, another video popped up.

But still you see on Twitter people denying the booing happened.

The New York Times revealed Monday that “Dr. Jill” has a heavy hand in the West Wing, including on staff hiring, and brow-beating Biden’s aides. For example, when they let Joe ramble for two-hours at one of his extremely rare press conferences in January. (The NYT story is behind a paywall, but here’s a Daily Caller summary.)

That Jill is taking an active role in running the administration is no surprise to anyone who’s paying attention. Most of the time Joe’s in public, Jill is glued to his side and guiding him to and fro, pulling and pushing him away from reporters and strangers. (Most amusing, when he went to sign the condolence book after Queen Elizabeth’s death and started to say something Jill clearly didn’t want him to say.)

Then again, think about it. If anyone in the White House bristles when Jill gets involved in hiring staffers, Jill has the perfect comeback. “I warned you not to pick Kamala … but did you listen? Noooooooooooo …”

Rap icon and fashion mogul Kanye West — or “Ye” as he prefers these days — is purchasing Twitter rival Parler. West and Parler announced the deal Monday. The purchase comes days after West was dumped from Twitter and Instagram and even his bank for reported anti-Semitic comments. (Oh, who are we kidding. Ye was dumped for his interview with Tucker Carlson. If Twitter really cared about anti-Semitism, Squad members Ilhan Omar and Rashid Talid would be toast.)

Said West, “In a world where conservative opinions are considered to be controversial we have to make sure we have the right to freely express ourselves.” The deal is expected to close by the end of 2022.

Leaving Something Out of the Story

Lots of stories in recent days about how the Biden Administration has brought about “over-the-counter” hearing aids. No denying that’s good news. However, the media seems to be leaving out one part of the story. The FDA finalized a new “rule” forming the new category of hearing aids, and that action emerged from a Biden executive order … which was the direct result of the Over-the-Counter Hearing Aid Act of 2017. Bipartisan legislation signed in August 2017 by … one President Donald Trump.

Kinda funny to spike the football when you were handed the ball on the one-yard line. But a touchdown is a touchdown.

Dr. Fauci Says He Had ‘Nothing to Do With’ School Closings

Charles Manson didn’t actually kill anybody in the Manson Family Murders. I have absolutely no idea why that thought came to me when reading about how Dr. Tony Fauci claimed this weekend that he had absolutely “nothing to do with” school closings during the COVID lockdown.

"Was it a mistake…to see schools closed as long as they were?"

FAUCI: "I had nothing to do with it!" pic.twitter.com/azgKnyd1VT

He was just the top COVID advisor running around pushing for school closings. Thank you, Tom Elliott for collecting some of Fauci’s greatest school hits.

THREAD: Contrary to his latest media tour, Dr. Fauci was in fact the point person on shutting down schools in America. As the self-appointed Covid czar, politicos & the media turned to him for advice, and his was to lock kids out.

What Happened in 2021 to Cause a Frightening Spike in All-Cause Mortality?

And what about the vaccines that Fauci was pushing so fiercely into American arms? And the historic spike in “all-cause mortality” in 2021?

A MUST-READ up last night on The Stream from Dr. Aaron Kheriaty, M.D., author of The New Abnormal: The Rise of the Biomedical Security State. It’s called “mRNA: The Technocrats’ ‘Godlike Technology.’”

Also Along The Stream

Breakpoint’s John Stonestreet and Kasey Leander introduce us to “Chloe Cole, Detransitioning After a Double Mastectomy at 15.”