The Brew: March Madness … Oh, Yeah, and There’s That Basketball Tournament Too 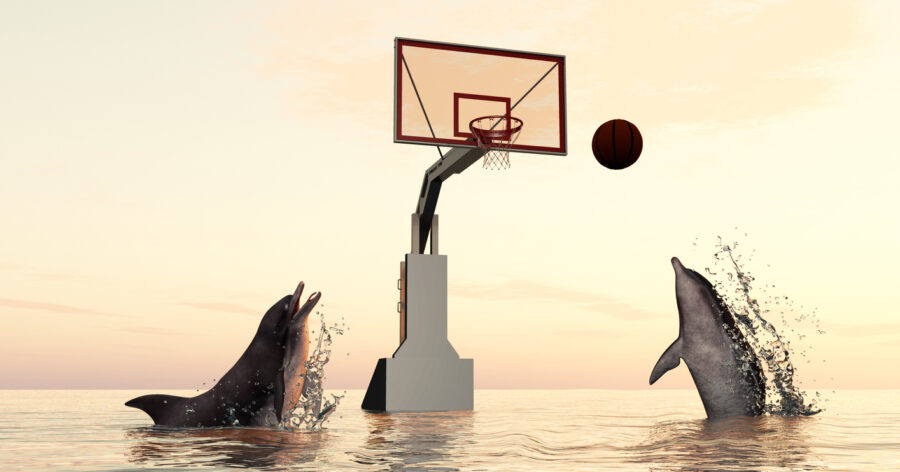 Happy Tuesday and welcome to the start of March Madness … as if March hasn’t been madcap enough already.

March Madness tips off tonight with the first two games of the NCAA Division I Men’s Basketball Tournament. First up, Texas Southern vs. Texas A&M-Corpus Christi at 6:40 p.m. Eastern.

Do you realize basketball is the only place where traveling won’t cost you more this year and you can’t blame Joe Biden? Or Putin, for that matter.

Which reminds me. When Joe Biden picks his March Madness bracket, does he pick the best teams or only by race and gender?

Russia’s most popular newscast was interrupted last night by a protester who rushed into the Channel One Studio shouting “Stop the War” and carrying a sign that said, “You’re being lied to.”

A woman burst onto Russia’s main live evening newscast today with a sign that says:

And chanting: “Stop the war! No to war!”pic.twitter.com/pKVKZFVEM3

The protester has been identified as Marina Ovsyannikova, an editor at Channel One. Talk about brave. Not only is she looking at a bad performance review, Marina faces up to 15 years in prison under a new Russian law forbidding content on the war that contradicts the government.

In a video she recorded before the protest, Marina apologized for Channel One’s propaganda. “I am ashamed that I allowed lies to be told from TV screens, that I allowed Russian people to be zombified.” If only the people at CNN had her courage and integrity.

Fox News reporter Benjamin Hall was seriously wounded Monday in Kyiv while covering the ongoing conflict in Ukraine. This came one day after American journalist-director Brent Renaud was killed while reporting in a suburb of Kyiv. Please join us in praying for Brent Renaud’s family and friends and for Benjamin Hall’s quick recovery.

How’s this for diversity? According to The Daily Beast, CNN is considering two old white guys for Chris Cuomo’s vacant prime time slot. Specifically, past his prime Chris Wallace and scandal-ridden and far past his prime Brian Williams. Wallace recently jumped from Fox News to CNN+, while Williams just retired from MSNBC.

Nothing says “Exciting New Direction” like those two guys. Again, CNN, please listen: This isn’t too complicated. Just drive a big truck loaded with cash over to Megyn Kelly’s house. Beg if you must.

On the plus side, CNN’s new honcho Chris Licht reportedly is set to move the network away from its “All Anti-Fox News, Anti-Trump, Pro-Democrats All the Time” approach, and back towards its respectable news origins. (The Ukraine war is offering them a grand opportunity to return to their roots.)

Tulsi laid Romney out in exacting detail. (You have to follow the whole thread.)

Gabbard ended with: “So, Senator Romney, you have a choice: out of pride, continue to deny the truth or admit you are wrong, apologize, and resign. Aloha. And remember that without the truth, we can be neither safe nor free.”

That’s what TMZ is reporting.

He’s right. Every single white celebrity who staged race-based hate crimes against themselves, sending a major city police force on a wild goose chase, evoking the horrible history of lynching, further dividing a nation, and casting direct suspicion on supporters of a particular candidate, then used their personal connections with the prosecutor to initially avoid punishment, ALL got off scot-free.

From Our ‘We Don’t Deserve Dolly’ File: Dolly Parton Withdrawals Her Nomination to the Rock-&-Roll Hall of Fame

Last month, Dolly Parton was among 17 artists nominated for the Rock-&-Roll Hall of Fame. The Hall’s Foundation cited Dolly’s “prodigious songwriting talent, vocal and instrumental prowess, charisma, and trademark style.” Plus how she broadened the audience for country music.

Sorry, not enough, said Dolly, in an Instagram post. “Even though I am extremely flattered and grateful to be nominated for the Rock & Roll Hall of Fame, I don’t feel that I have earned that right. I really do not want votes to be split because of me, so I must respectfully bow out.” (Other nominees included Eminem and Dionne Warwick.)

Then demonstrating why she deserves to be in the Rock-&-Roll Hall of Fame based on her spunk alone, Dolly declared the nomination has inspired her to record a “hopefully great rock-n-roll album at some point in the future.” Her husband’s been encouraging her to do one for years.

“I do hope that the Rock & Roll Hall of Fame will understand and be willing to consider me again — if I’m ever worthy.”

One minute, Pete Davidson is that SNL cast member who looks like he just walked out of a methadone clinic. The next, he’s Kim Kardashian’s boyfriend and is set to blast off into space.

Jeff Bezos’ Blue Origin announced Davidson will be one of five passengers aboard its New Shepard-20 space craft on March 23.

Might be a good time for Davidson to high-tail it off the planet. He and Kardashian’s ex-husband Kanye West are in an ugly, unseemly PR battle. The Federalist covers it in a new article, “Kanye West Isn’t Just Clashing With Pete Davidson, He’s Clashing With Secular Culture.” For example, Kanye’s not happy Kim allowed their 8-year-old daughter North to post on Tik Tok lip-synching to the vulgar song “Emo Girl.”

Meanwhile, if you’re going to send someone from SNL to space, shouldn’t it be the Coneheads?

Tom Brady Un-Retires After Only 40 Days, is Returning to Bucs

Wow. How quickly did Gisele Bundchen tire of having Tom Brady around the house? NFL great Tom Brady announced Sunday he’s changed his mind, and will not retire after all. He’s got “unfinished business.” The GOAT will be back at QB for the Tampa Bay Buccaneers.

Brady’s retirement lasted all of 40 days.

These past two months I’ve realized my place is still on the field and not in the stands. That time will come. But it’s not now. I love my teammates, and I love my supportive family. They make it all possible. I’m coming back for my 23rd season in Tampa. Unfinished business LFG pic.twitter.com/U0yhRKVKVm

This doesn’t just stink for NFC South fans. Just one single day before Brady made his announcement, a collector spent $518,000 for what was supposed to be the final TD Tom Brady threw.

President of the International Fellowship of Christians and Jews, Yael Eckstein, with a timely reminder: “The Jewish Holiday of Purim, and the War in Ukraine, Reminds Us of Our Need for Modern Day Esthers.”

Al Perrotta is the Managing Editor of The Stream, chief barista for The Brew and co-author, with John Zmirak, of The Politically Incorrect Guide to Immigration. You can follow him at @StreamingAl at GETTR Gab Parler, and real soon at TRUTH Social.