The Brew: Madness, Mandates and a Lesson From a Christmas Music Classic 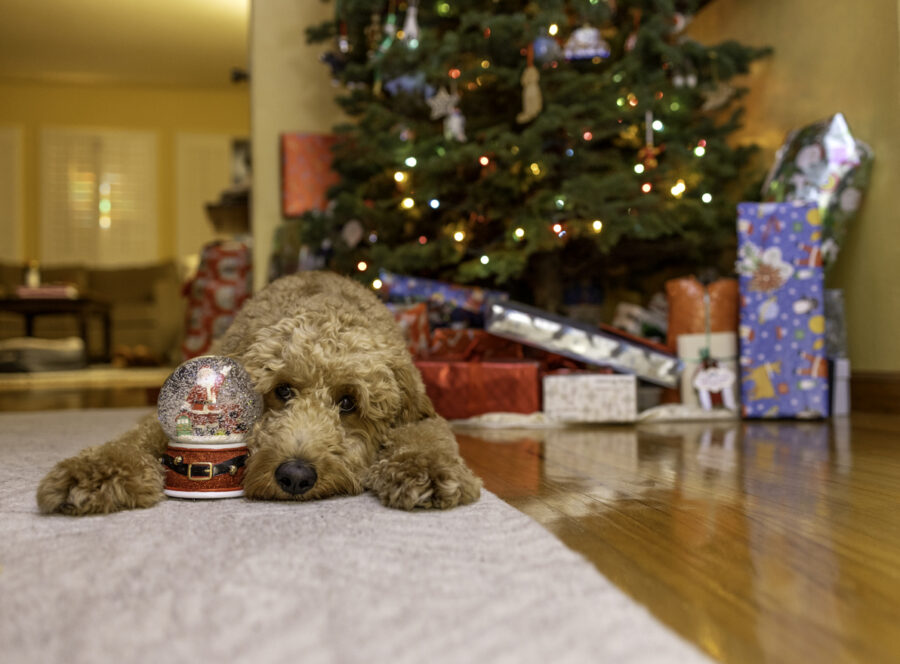 It’s a Brew full of madness, mandates and music. But first …

Volodymyr Zelensky can add Time’s “Person of the Year” to his trophy case. The magazine honors the person or group that most impacted the news over the previous year — for better or worse. Hard to imagine a choice other than Zelensky. On one hand he’s fighting off Russia, and on the other hand he’s got the American government eating out of his hand like a puppy dog. And of course, he’s got Hollywood licking his boots.

Then again, maybe the more influential person is the Easter Bunny. The Easter Bunny, we saw this year, controls the most powerful man in the world, after all.

Who would you pick as “Person of the Year”? (Whether most impactful for good or for bad.) Send your nominees to [email protected]. Along with a Christmas cookie. (Okay, maybe not the cookie.)

Our best and bravest may no longer be forced to choose between taking a COVID-19 vaccine they don’t want or giving up their careers. The military’s COVID-19 vax mandate could soon to be kaput. The White House is signaling it’ll sign the annual Defense Authorization bill with the mandate axed, as requested by Republicans. The House GOP succeeded in getting an end to the mandate put in the bill, in part to help with the military’s problem meeting its recruiting goals.

Despite the report, military.com says that as of Monday the Army was still trying to boot out soldiers that are refusing the jab. Oh, and the White House Press Secretary insists repealing the vax mandate is a mistake.

Jean-Pierre says it would be a mistake to repeal the vaccine mandate for military members. pic.twitter.com/bzlz4dyrst

Those who have been kicked out will not be reinstated under the appropriation bill. However, military and senior defense officials tell NBC News those who were dismissed could be allowed to rejoin.

But we do know one thing for certain: The Ethics Committee must want to date her.

Here’s the statement from the Committee: 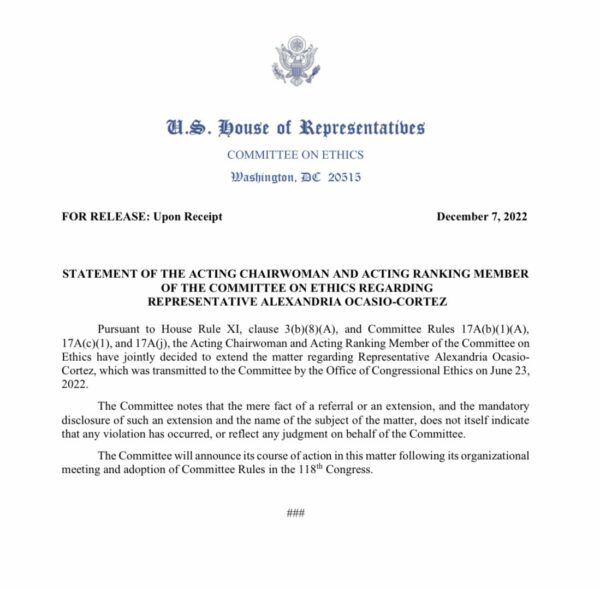 A World Turned Upside Down Like a Snow Globe

Some days it feels like we are in a snow globe turned upside down. Today is one of those days.

The iconic doll brand has put out a new book called Smart Girl’s Guide: Body Image. According to The Daily Mail, the book plugs gender ideology and shows kids how to get puberty blockers to supposedly change their gender without their parent’s consent.

“If you haven’t gone through puberty yet, the doctor might offer medicine to delay your body’s changes, giving you more time to think about your gender identity.” It then points them to a list of organizations “if you don’t have an adult you trust.”

This book is marketed to girls between 3 and 12.

The good news? Reaction on American Girl’s website has been decidedly negative, with parents calling the book “deceptive and dangerous” and “child-abuse.”

Christian actor Kirk Cameron has written a new faith-based children’s book called As You Grow. His publisher Brave Books has offered 50 public libraries the chance to have the TV and movie star come and do a reading. Do you know how many have said yes, as of yesterday? Zero. Nada.

According to Brave Books and Fox News, these include libraries that are perfectly fine with drag queen story hours. In fact, the Rochambeau Public Library in Rhode Island flat out told Brave Books, “We are a very queer-friendly library. Our messaging does not align.” Same with a public library in San Diego.

Richmond Restaurant on Naughty List for Discriminating Against Religious Group

The Family Foundation of Virginia had reservations for Metzger Bar and Butchery in Richmond, a restaurant co-owned by TV chef Brittanny Anderson, who’s appeared on Top Chef and Chopped. Maybe she should change the name to Bigots and Butchery. The restaurant cancelled the reservations, specifically because of the group’s religious beliefs. Metzger’s released a statement saying they “have always refused service to anyone for making our staff uncomfortable or unsafe.”

Foundation president Victoria Cobb told Fox News, “It’s stunning, and it does feel a bit like ‘no Christians can eat here.'”

“Restaurants are not allowed to discriminate even if their employees are discriminatory. They can be hateful, they can be bigoted, but that’s not the right of a restaurant to simply say, ‘We’re just not going to let you eat here.'”

There is so much division in our country, it’s sometimes hard to imagine unity. Can two entirely different people be in harmony? 45 years ago last month, on a TV Christmas special, we were treated to one of the most bizarre … at least on paper … pairings in music history. The old American crooner Bing Crosby — the very epitome of traditional, middle-of-the-road entertainment — and David Bowie, then a young Art Rock British singer with a penchant for pretending to be a space alien.

But what happened on the Bing Crosby’s Merrie Old Christmas was nothing short of splendid. The favorite and familiar “Little Drummer Boy” was mashed (as they say today) with an unfinished song Bowie wanted to add, called “Peace on Earth.”

When Bowie walked into the studio in full-length mink and full make-up and bright red hair, Crosby was taken aback. Bing’s daughter Mary recalled how producers thought the duet might not end up performing. But, says Mary …

Tragically, Bing Crosby died only five weeks later of a heart attack. But he’d left us with another indelible holiday classic with the most unlikely of partners.

When you feel over the holidays you can’t connect with someone who thinks so differently than you … family member or old friend or that person behind the counter at Starbucks with piercings and purple and gold hair, remember Ol’ Bing and David Bowie and “Peace on Earth/Little Drummer Boy.”

How to Stay Grateful in the Midst of Turmoil

A Different Kind of Gender War

Debunking AOC’s Met Gala Claims About Taxes and ‘The Rich’