The Brew: Kings and Queens … and Some Real Jokers 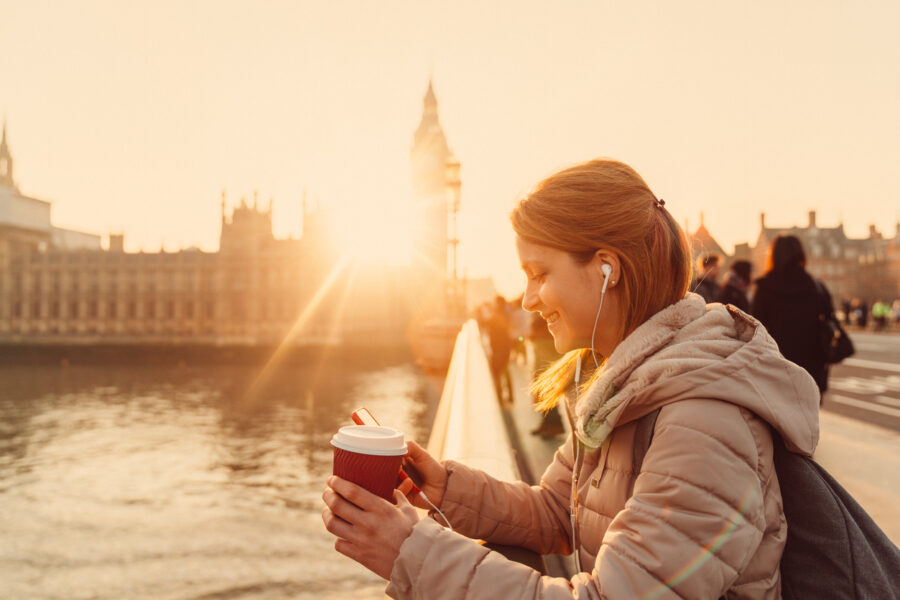 Suppose it’ll be fitting if today’s Brew is an English Breakfast Tea, eh?

Yes, he is mourning his mother. But don’t you think at least once since he’s become King Charles said aloud, just for fun, “Off with their heads!”?

Seriously, British heads must be reeling. They got a new prime minister and a new monarch the same week. This would be like us getting a new president and … umm … a new King of Late Night. No, we have nothing to compare it to.

If you watched any of the coverage over the weekend, you know the Brits do pomp and ceremony like the Saudis do oil. However, quirky. This is an actual headline from the Daily Mail: “Royal beekeeper has informed the Queen’s bees that the queen has died and Charles is their new boss in bizarre tradition dating back centuries.”

On Sunday, Queen Elizabeth began her journey home from Scotland.

Saturday saw a hopeful sign that Prince William and Prince Harry may be moving toward healing their royal riff. The brothers surprised mourners by appearing together with their wives Saturday to greet those gathered at Windsor Castle.

According to the BBC, Prince William reached out to his brother to suggest the joint appearance.

Joe Biden will be going to Queen Elizabeth’s funeral. A nerve-wracking prospect. The sensory overload, the long service. We remember what happened the last time he was around the new Queen Consort Camilla.

Biden had enough trouble Thursday night when he went to sign the condolence book at the British Embassy.

Did you see the clip? He was talking to staffers at the British Embassy, expressing how glad he was to have met the Queen. Then started to say “We were joking that – “ when Jill Biden gently pushed him away from the staffers. Whatever Joe had been joking about Jill did not want the world to know. Joe obediently moved away.

Quiz Question: Who is more powerful than the President of the United States? Anyone that won’t let him finish a sentence.

Whether it’s part of their new effort to be less partisan or simply recognizing that Joe’s day’s in power are numbered and they want to speed that along, CNN’s become more willing to be critical of Biden. And the White House is not happy. Politico reports the White House is “irked” at CNN’s less than exuberant coverage of Biden’s disastrous blood red lights and fury speech in Philly.

Chief of Staff Ron Klain made a point of praising Trump-hating CNN reporter John Hayward after he got canned. And retweeted a tweet of another Trump hater calling CNN “diet Fox.”

Actually, the Message is: “Better get back on board. You know what happens to people we don’t like.”

So, if a Democratic politician kills in cold blood a journalist exposing his misdeeds, whose fault is it? If you’re liberal “journalist” Dana Resnick Gentry, it’s Donald Trump’s fault.

When Vegas sheriff Joe Lombardo was giving a presser on the murder of Jeff German by Las Vegas Public Administrator Rob Trelles, Gentry actually asked Lombardo whether Trump “normalizing violence against journalists” played a part in the murder. To his credit Sheriff Lombardo politely brushed aside the question rather than immediately arresting Gentry for smoking crack.

At a press conference Thursday, somebody asked the sheriff whether he condemns *DONALD TRUMP* for the violence. pic.twitter.com/vFORtEnto7

Now Gentry is upset that Sheriff Lombardo did not denounce Trump. For a democratic politician killing a reporter.

TDS Watch, Part Two: Chelsea Clinton Broke Friendship With Ivanka Trump After She Went “to the Dark Side.”

In 2015, this is how Chelsea Clinton described her “very close friend” Ivanka Trump: “She’s always aware of everyone around her and ensuring that everyone is enjoying the moment. It’s an awareness that in some ways reminds me of my dad, and his ability to increase the joy of the room. There’s nothing skin-deep about Ivanka.”

However, Clinton said in a recent interview she hasn’t spoken to Ivanka since November 2016. They were close friends, “And then she went to the dark side.” So she dumped her friend over politics. Chose division over unity. Yeah, I get things could be awkward. Ivanka’s dad beating her mom in a bitter election. But imagine the signal to the nation had Chelsea and Ivanka held onto their friendship.

But beyond that. Ivanka was about to be the daughter of the President of the United States. Only a few women know what that is like. Politics aside, Ivanka could have used a friend who’d been through it.

Yup. Chelsea sticking with Ivanka would have been “Gutsy.” Abandoning her “very close friend” who brings joy to each room she enters? Classless.

Religious Liberty Watch: Justice Sotomayor Blocks (Temporarily) a Court Order That Would Have Forced Yeshiva University to Recognize an LGBTQ Group as an Official Campus Club in Violation of Its Faith.

NY State courts are ordering the Jewish Yeshiva University to recognize an LGBTQ group as an official campus club, even though that would violate their faith. Yeshiva Univ. appealed to the Supreme Court and on Friday Justice Sonia Sotomayor granted a temporary stay.

There was no taunting, an investigation by BYU has concluded.

“We reviewed all available video and audio recordings … We also reached out to more than 50 individuals who attended the event,” including students, staffers, and fans from both schools. From our extensive review, we have not found any evidence to corroborate the allegation that fans engaged in racial heckling or uttered racial slurs at the event.”

They did not use the word “hoax.”

The Stream’s Tom Gilson digs deeper into the methodical, manipulative strategy laid out in the ‘90s by gay activists. “’Big Guns’ Part Two: How Decades of Shrewd, Dishonest Gay Propaganda Deluded the World Into Thinking They Pure and Lovely and Wonderful.”

And of course, The Stream remembered 9/11.

John Zmirak and Jason Jones teamed for “Our Elites Kept Their 9/11 Promise: America and Afghanistan Now Really Are Much More Alike.”

Speaking of John and Tom Gilson, they’ll be taking over The Brew the rest of the week as I take a few days away.