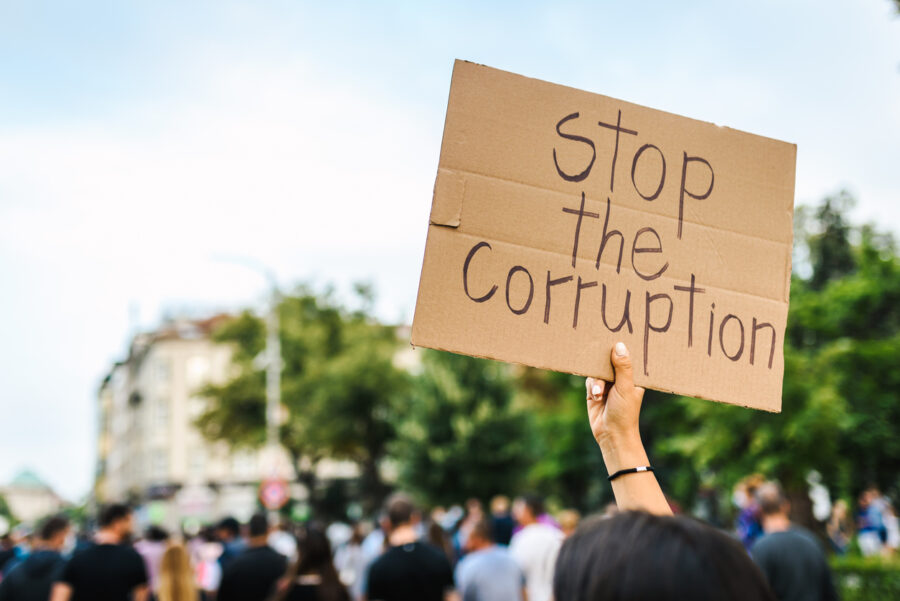 Even if we’re one step closer to a full-blown banana republic.

Lady Justice is no longer blind. In fact, she’s become a harlot. At least in Washington, D.C. A jury consisting of at least three Hillary Clinton donors has found Clinton campaign lawyer Michael Sussmann “not guilty” of lying to the FBI. Sussmann told his pal, FBI chief counsel James Baker, that he was handing him (what he knew to be bogus) information about Trump being connected to Russia’s Alfa Bank on his own, and not on behalf of a client. Except he billed the Clinton campaign not only for the time he was at the FBI, but even for the USB drives he handed over to the FBI with the (bogus) data.

How absurd was this jury? One juror spoke to the media and said, “I don’t think it should have been prosecuted. There are bigger things that affect the nation than a possible lie to the FBI.”

Something bigger than a plot to sabotage an American election? (That aside, people are convicted every day of crimes that don’t affect the nation.)

Speaking of the jury:

TURLEY: “I mean, he is facing a jury that has three Clinton donors, an AOC donor, and a woman whose daughter is on the same sports team with Sussmann’s daughter. With the exception of randomly selecting people out of the DNC headquarters, you could not come up with a worse jury” pic.twitter.com/RHqen6AMAc

Oh, and the Obama-appointed judge is married to Lisa Page’s defense attorney.

Sussmann and Flynn: A Tale of Two Systems

Consider just how decrepit the justice system is in The Swamp. War hero Lt. General Michael Flynn had his life ruined after being accused of lying to the FBI in another front in the Trump-Russia hoax. Even though the FBI agents who interviewed him believed Flynn wasn’t lying but stating what he sincerely thought was the truth.

In this case, John Durham has the actual receipts proving Sussmann lied. And for that matter, part of Sussmann’s defense was that the FBI knew he represented Clinton, so it wasn’t really a lie.

When you think about it, we’re talking about the same case. The Obama-Biden FBI went after Flynn for alleged Russian connections even though they knew he was innocent. That same FBI pursued the Trump-Russia collusion even though they knew within 24 hours that what Sussmann handed them was excrement.

NBC: Biden Unhappy That Staff Keeps Walking Back His Statements

Joe Biden is unhappy that his staff keeps walking back his statements, NBC News reports.

“Beyond policy, Biden is unhappy about a pattern that has developed inside the West Wing. He makes a clear and succinct statement — only to have aides rush to explain that he actually meant something else.”

(Biden making a “clear and succinct statement?” In what century?)

“The so-called clean-up campaign, he has told advisers, undermines him and smothers the authenticity that fueled his rise. Worse, it feeds a Republican talking point that he’s not fully in command,” NBC News reported Monday.

Well, that and having the Easter Bunny push you around.

The White House dismissed the story, insisting that any correction or “rush to explain” whatever came flying out of Biden’s mouth is done with Biden’s approval.

NBC News also reports Biden is “rattled” by his pathetic poll numbers. And is angry he’s not getting enough credit. He’s got a point: Record high gas prices, spiking inflation, horrific crime, increased division, the world laughing at us and no baby formula for our children — for starters — is quite an achievement.

The nation is going to h*** in a handbasket and he’s upset he’s not getting praise for the stitching on the handbasket.

Joe Biden … a man guarded by an army of Secret Service … declared 9mm handguns “high-caliber weapons, and suggested they should be banned.

He claimed doctors told him a “9mm bullet blows the lung out of the body.” He went on: “So, the idea of these high-caliber weapons is, uh, there’s simply no rational basis for it in terms of self-protection, hunting. Remember, the Constitution was never absolute.”

By the way, the 9mm round is the most popular handgun caliber in America.

“What’s the biggest mistake you can make when paying off your student loans?”

Chenyuan Snider, who lived under repression in China, offers an amazing, passionate defense of America and freedom in “America is Not a Norm But an Exception.”

You got someone around the office who seems capable of doing anything? That’s our Austin Roscoe. He’s on the web and technical side of things here. But when he gets inspired to write, forget about it. Check out his inspirational piece called “My Prayers Move Mountains. Do Yours?” It’ll bless you. It certainly has me this morning.