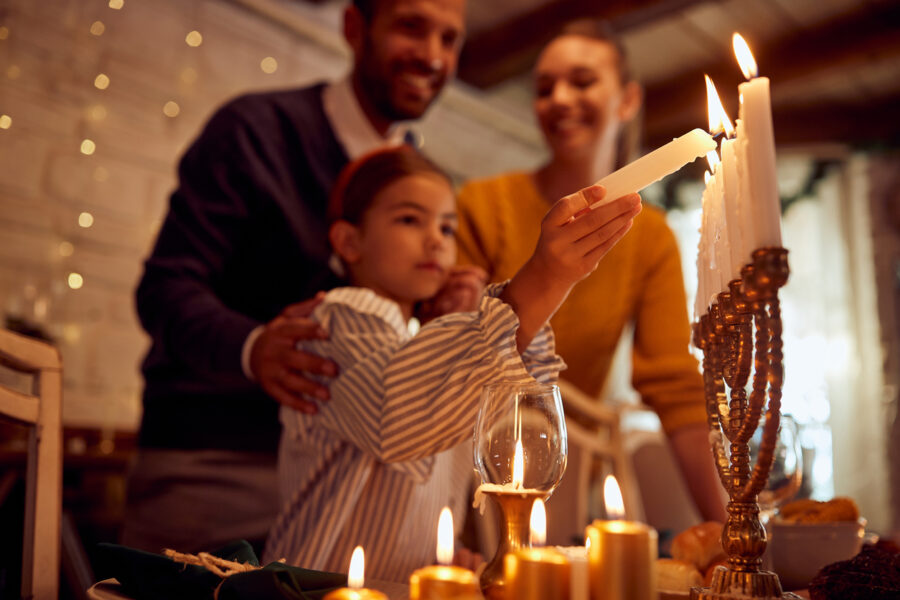 Wow. We’re six days from Christmas! And Hanukkah is underway!

Report: Abortions in Texas Drop 97% After Reversal of Roe

As we prepare to celebrate the birth of the Christ Child, we start with some news celebrating the preciousness of life.

Abortions in Texas dropped 97% in the month after Roe v. Wade was reversed, according to preliminary data from the Texas Health and Human Services Commission.

Just 68 abortions were performed in July, as opposed to 2,596 in June.

Two Tennessee women were arrested Friday, accused of unlawfully blocking access to abortion mills in multiple states over the years. Beverly Beatty Williams and Edmee Chavannes were charged under the FACE Act for “repeatedly” attempting to prevent women from getting abortions.

The DOJ admitted last week that they’ve been using the FACE Act in a jihad against pro-life advocates since the overturning of Roe v. Wade.

As lifenews.com reports, the FACE Act has been around for nearly three decades, but was rarely used against pro-life activists. Yet, this year alone, the Biden regime has charged 22 people. The first being Mark Houk, who was raided by the Feds a full year after being involved in an altercation with a pro-abortion activist who verbally assaulted his son.

Meanwhile, how many of the terrorists who have been fire-bombing and vandalizing and threatening churches and pro-life pregnancy centers has the FBI rounded up? Zero. None. By Catholic Vote’s count, at least 86 churches and 77 pro-life facilities have been attacked since the Dobbs ruling overturning Roe was leaked.

Friday night brought the sixth #TwitterFile drop. The theme: The FBI treated Twitter like a “subsidiary,” in order to control information and accounts it didn’t like.

The FBI repeatedly ordered Twitter to take action against election “misinformation,” even targeting joke tweets. The contacts were not incidental. The FBI had 80 agents tasked with eyeballing social media, and as we’ve already learned the FBI used their influence and presence to block information harmful to Joe Biden and the Democrats.

Matt Taibbi says the alleged interference of Russia in 2016 was the “stated pretext for building out the censorship machine.” The irony being there is absolutely no evidence Russia’s efforts impacted a single solitary vote.

ABC/CBS/NBC all ignored this latest proof the Federal Government was violating the 1st Amendment by partnering with Twitter to suppress information. Instead, they were still hyperventilating over Elon Musk temporarily suspending a handful of journalists who doxed him and his family.

Just a friendly reminder that 80 FBI agents had time to police free speech and memes at Twitter but no one had any time to look at who was in Jeffrey Epstein’s black book sexually exploiting children!

As predictable as a fat suit on a mall Santa, the J6 Committee is expected to make a criminal referral Monday, accusing Donald Trump of an “attempted coup” by questioning the 2020 election. Yeah, the guy who said “peacefully and patriotically protest,” who tried to have more security at the Capitol but was rebuffed, attempted a coup.

I hate to ask the obvious, but if we now have proof the federal government in the form of the FBI worked double-overtime to manipulate the election against Donald Trump, how is Trump wrong to question the 2020 election? Wasn’t he right?

It’s also worth noting that Democrats have already signed that their focus on 2024 will be on Trump whether he’s the nominee or not. Their obsession with Trump includes introducing a bill to ban Trump from running.

How bizarre is Trump Derangement Syndrome? They are expending all their energy trying to destroy a guy who spent last week pitching trading cards.

A billion hearts are back to beating normal after yesterday’s thrilling World Cup finale. Argentina held on to beat France on penalty kicks after a 3-3 duel. Argentina had a 2-0 lead with about 10 minutes to go before France scored two goals in about 90 seconds. Again, Argentina took the lead, again France refused to surrender. How often in history do you get to say that?

But in the end Argentina, won on penalty kicks, handing the great Lionel Messi his first World Cup. But a cheer to France. Star Kylian Mbappe made it a World Cup finale for the ages, scoring three goals when it looked like the French were finished.

Whatever your thoughts about soccer, it was nice for most of the world to spend a few hours screaming with each other rather than at each other.

“12 Days of Christmas” More Costly Than Ever

Inflation has played havoc with the 12 Days of Christmas. Ain’t just the lords that are leaping. It’s the price. If you purchased for your true love all the gifts of the “12 Days of Christmas” carol, you’d be out a record $45,523.27. That’s a 10.5% jump over last year, according to the annual Christmas Price Index.

For example, the cost of a partridge in a pear tree is up nearly 26%, thanks in part to skyrocketing fertilizer prices. Seven swans are up 15.4%. The cost of those eight milking maids has actually remained stable, a total of $58 an hour, assuming minimum wage, which hasn’t gone up since 2009.

Stream contributor Jim Tonkowich on “Getting Real at Christmas Time.”

John Zmirak writes about a former nemesis having a rough go during a visit to their alma mater in “Naomi Wolf Visits Yale to Fight Vax Mandate and Finally Experiences the School As I Knew It.”