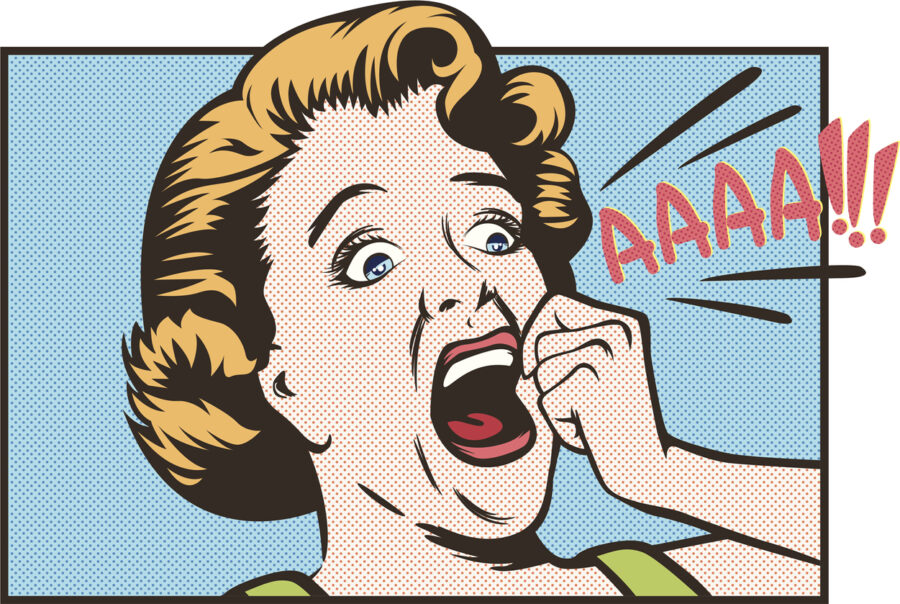 It’s five days until the midterms. According to the latest polling, there’s a coming Red Wave. But is there also a coming “Wave Bye-Bye”?

Preparing for the Disposing of Biden? Even NY Times is Calling Out His Latest Gaffes

I don’t want to say Joe Biden’s about to be tossed under the bus, but he’s getting close enough to smell the exhaust fumes.

The news isn’t that Biden made a run of astounding mental lapses and falsehoods Tuesday. That’s dog-bites-man stuff. It’s news that the New York Times finally called him out on two of them. “Biden Verbally Fumbles, Twice, During Campaign Trip to Florida.” (Story is behind paywall.) NYT reporter Maggie Hagerman, who pretty much works for the DNC, tweeted out the story. The Washington Post also posted an op-ed from Never Trumper George Will titled “For the Good of the Country, Biden and Harris Should Drop Out of the 2024 Race.”

The Hill also put up an op-ed suggesting Biden may be removed by the 25th Amendment.

The signal couldn’t be clearer if it were lit up in Times Square.

It’s open season on Biden after the midterms.

So what happened in Florida anyway? He confused the Iraq War with the Ukraine war, then tried to dismiss it by lying again about his son dying in Iraq. Here’s the quote:

Inflation is a worldwide problem right now because of a war in Iraq and the impact on oil and what Russia’s doing. I mean, excuse me, the war in Ukraine. I’m thinking of Iraq because that’s where my son died. Because he died.

Beau Biden did serve in Iraq but returned to the U.S. in 2009 and died of cancer six years later.

That wasn’t Biden’s only whopper. He mistook a House member for a senator and called Hurricane Ian “Ivan.” Worse still, he claimed that he had spoken to the man who “invented” insulin, Frederick Banting. Who died nearly two years before Biden was born. Hmmm. Wait a sec. Maybe Biden really is shaking hands with ghosts.

On the other hand, Banting did vote for Biden in the 2020 election …

At another campaign event at the HBCU Florida Memorial University, Biden repeated the fable that he attended the historically black college Delaware State University. He attended the University of Delaware. (Where, surprisingly, he did not major in fiction writing.)

While campaigning for @CharlieCrist in Miami-Dade County, @JoeBiden claims that he went to college at a HBCU (Historically Black institution) Delaware State University.

He didn't… He went to the University of Delaware. pic.twitter.com/m8HYBIvCsr

Joe Biden wandered up to Capitol Hill’s Union Station Wednesday to deliver a speech because January 6, blah-blah, threat to democracy, blah-blah. Paul Pelosi. Blah-blah.  “I was here when the British burned the Capitol!” Blah-blah.

In a hysterical bit of irony, earlier in the afternoon just across the street from where Biden would grouse about how people protesting the 2020 election were a threat to democracy, a group of pro-abortion protesters disrupted a session of the Supreme Court.

None of them will be spending years in solitary. None will be called “domestic terrorists.”

By the way, today marks two years since the 2020 Election. Two years since five swing states suddenly stopped counting ballots when it looked like Trump was a runaway winner. Nobody has explained why that happened. And guess what. Asking “What the heck happened?” does NOT make you an “election denier.” And in my humble opinion, anyone who says that it does is proving our point.

On Wednesday, the White House sent out a tweet heralding a large cost of living increase to Social Security, and thanking Joe Biden’s “leadership.”

It read, “Seniors are getting the biggest increase in their Social Security checks in 10 years through President Biden’s leadership.” 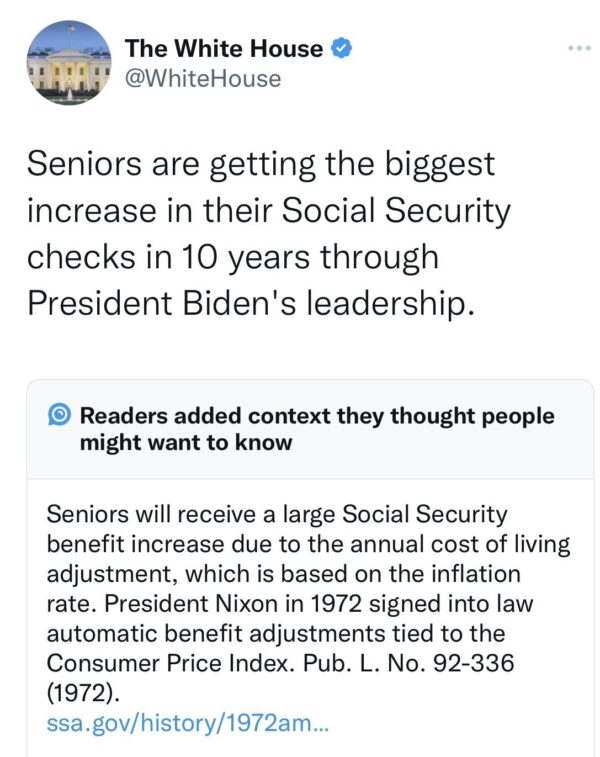 The increase is tied to inflation, thus the White House admitted Biden’s leadership brought about the inflation.

Margot Cleveland of The Federalist found that hilarious, suggesting in jest that the White House violated the Presidential Records Act of 1978.

Did the White House just violate the Presidential Records Act of 1978 by deleting their “Joe Biden’s leadership” caused inflation tweet? Send in the FBI! Seize those records! What about the sanctity of the archives! https://t.co/28UnmUS5KN

Capitol Police did have home security cameras allowing them to monitor Nancy Pelosi’s San Francisco home. But apparently they weren’t watching the monitors and missed Friday morning’s break in and attack. The police lights on the scene finally caught their eye. Sources tell Fox News the surveillance tapes did capture the attack itself. Will we ever see it?

Meanwhile, Mark Judge has written a piece about the Pelosi attack called “The Stasi Media That White Knights for Nancy Pelosi Bought Every Wild Tale About Brett Kavanaugh.” (Literally, some of the same exact people.)

Coming up in just a bit on The Stream website is a full Second Cup of the Brew! We go from transgender voters to sports fans in D.C. breaking out the bubbly.

The Brew: Dark Speeches, Sunny Beaches and Why’s an EV Getting Recharged at a Coal Mine?